How Jeff Stoutland’s exit could impact Eagles’ offensive line | What does it mean for Jordan Mailata, Andre Dillard?

Jan 14, 2021
This post was originally published on this site 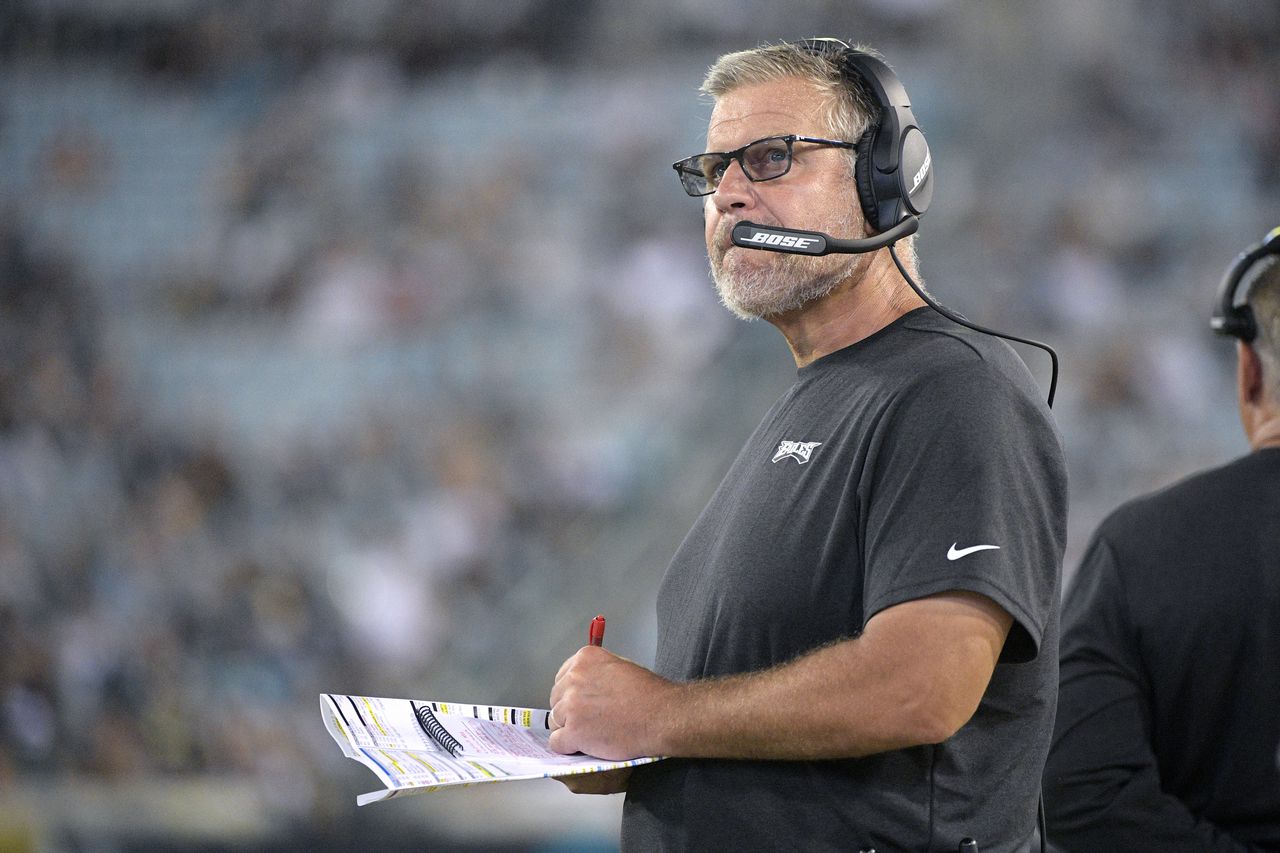 Longtime Eagles offensive line coach Jeff Stoutland is expected to return to the University of Alabama, according to FOX Sports’ Bruce Feldman. Stoutland left Alabama — following a two-year stint — to join the Eagles in 2013 when Chip Kelly was hired as head coach. Pederson retained Stoutland upon his arrival in 2016.

Stoutland has worked with former All-Pro right tackle Lane Johnson throughout the entirety of his career. He’s also helped mold center Jason Kelce into an All-Pro and right guard Brandon Brooks into a three-time Pro Bowl selection. Stoutland also pushed left tackle Jason Peters through the twilight of his career, which included a move to right guard this season.

Sign up for Eagles Extra: Get exclusive news, behind-the-scenes observations and the ability to text directly with reporters

While Peters isn’t expected back next season, Stoutland’s departure could have a major impact on the remaining members of the offensive line. Stoutland was the Eagles’ top assistant coach from a developmental standpoint, as he turned no-name prospects into viable NFL starters.

Perhaps his finest work came this past season, as he was able to work through 14 different starting line combinations in 16 games. The team was ravaged by injuries, with Kelce being the only offensive player to start every game, and Stoutland and assistant offensive line coach Roy Istvan were asked to prepare a new starter or two almost every week.

While the Eagles led the league — by a wide margin — with 65 sacks last season, Stoutland was able to turn Jordan Mailata, Nate Herbig and Jack Driscoll into capable starting linemen.

With Stoutland leaving, Mailata, Herbig and Driscoll will now have a new teacher. Kelce, Johnson, Brooks and Isaac Seumalo, who played for Stoutland for years, might need to learn new technique under a new head coach, new offensive coordinator and a new offensive coach.

Stoutland’s departure also means that the presumed camp battle at left tackle between Mailata and Andre Dillard comes with a completely clean slate.

Dillard missed all of last season following bicep surgery, and Mailata was able to work his way into the lineup due to injuries. While he wasn’t perfect, the Australian import, who had never played in a meaningful football game before this season, looked like a competent NFL left tackle. PFF gave him a respectable 70.3 grade for his first season of action.

Now, the pair will presumably duke it out in training camp. While Dillard was a first-round pick just two years ago, the new regime shouldn’t care about his pedigree, especially with just a handful of starts to his resume. The bar is even for Mailata and Dillard, and whoever wins their battle will claim the blindside job. The loser, especially if it’s Dillard, could become trade bait.

Both men will need to adjust to a change in teaching and technique, barring Istvan being retained and promoted. They’ll also need to show that they can adapt after working with one of the best offensive line coaches in the league.

While Stoutland might have seen Driscoll as a right tackle, the next offensive line coach could see him as a left guard. Herbig rotated guard spots this season, but the new position coach could ask him to primarily stay at one spot. Other linemen like Matt Pryor, Sua Opeta, Brett Toth and Luke Jurgia could be moved around as well. There also stands a chance that some members of the group won’t fit the new blocking scheme.

As the Eagles enter a rebuild, all options are on the table. With Stoutland leaving town, the future of the offensive line is likely to be turned on its head, for better or worse.

Get Eagles text messages: Cut through the clutter of social media and text directly with beat writers Mike Kaye and Chris Franklin. Plus, exclusive news and analysis. Sign up now for a free trial.

Our journalism needs your support. Please subscribe today to NJ.com.

Mike Kaye may be reached at mkaye@njadvancemedia.com. Tell us your coronavirus story or send a tip here.