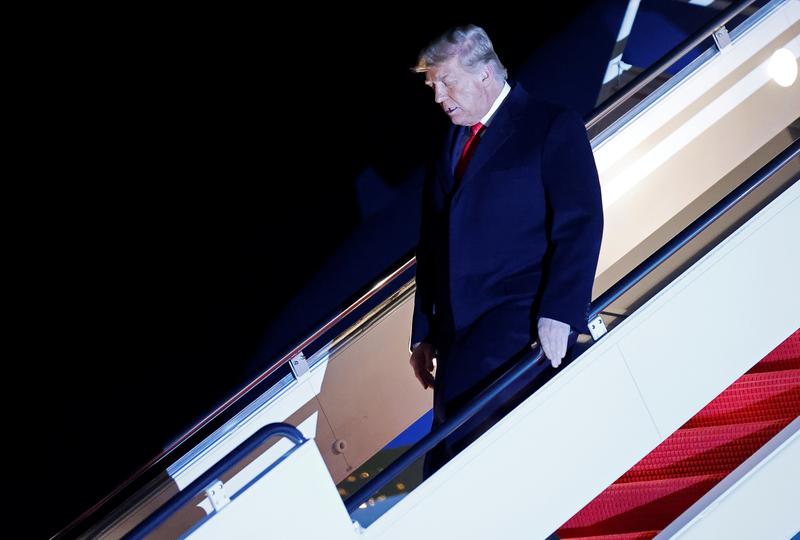 (Reuters) – Following are comments on the U.S. House of Representatives vote on Wednesday on the impeachment of President Donald Trump. Unless noted otherwise, remarks were made on the House floor.

“We cannot escape history. We know that the president of the United States incited this insurrection, this armed rebellion. … He must go. He is a clear and present danger to the nation that we all love. The president must be impeached, and I believe the president must be convicted by the Senate, a constitutional remedy that will ensure that the republic will be safe from this man who was so resolutely determined to tear down the things that we hold dear and that hold us together. … Democrats and Republicans, I ask you to search your souls and answer these questions: Is the president’s war on democracy in keeping with the Constitution? Were his words and insurrectionary mob a high crime and a misdemeanor? Do we not have a duty to our oath to do all we constitutionally can to protect our nation and our democracy from the appetites and ambitions of a man who has self-evidently demonstrated that he is a vital threat to liberty, to self-government and to the rule of law?”

“I believe impeaching the president in such a short time frame would be a mistake. No investigations have been completed and no hearings have been held. What’s more, the Senate has confirmed that no trial will begin until after President-elect Biden is sworn in. That doesn’t mean the president is free from fault. The president bears responsibility for Wednesday’s attack on Congress by mob rioters. He should have immediately denounced the mob when he saw what was unfolding. We must unite once again as Americans. I understand that for some this call for unity may ring hollow. But times like these are when we must remember who we are as Americans and what we as a nation stand for.”

“We are debating this historic measure at an actual crime scene and we wouldn’t be here if it weren’t for the president of the United States. This was a well-organized attack on our country that was incited by Donald Trump. … This Capitol was stormed. People died because of the big lies that were being told by this president and by too many people on the other side of the aisle (Republicans). … The president of the United States instigated an attempted coup in this country. People died. Everybody should be outraged. If this is not an impeachable offense, I don’t know what the hell is.”

“This president has faced unprecedented hatred and resistance from big media, big tech and big egos, from congressional leaders on both sides of the aisle. Before the rioters tore through that glass, Speaker Pelosi stood at that rostrum and tore through the president’s State of the Union speech, inciting anger, resentment, division. … The Left in America has incited far more political violence in America than the Right.”

“Some of my colleagues, some of which may be co-conspirators, in their latest attempt to placate and please this unfit president, suggest that we shouldn’t punish Trump for his actions, in order to unify the country. That is the climax of foolishness. Let me suggest to them: Stand up, man up, woman up and defend this Constitution from all enemies, foreign and domestic, including Donald J. Trump. In the first impeachment, Republicans said we didn’t need to impeach him because he learned his lesson. So no need to remove him. Well, we said if we didn’t remove him, he would do it again. Simply put, we told you so.”