Trump denounces insurrection, after getting impeached over it 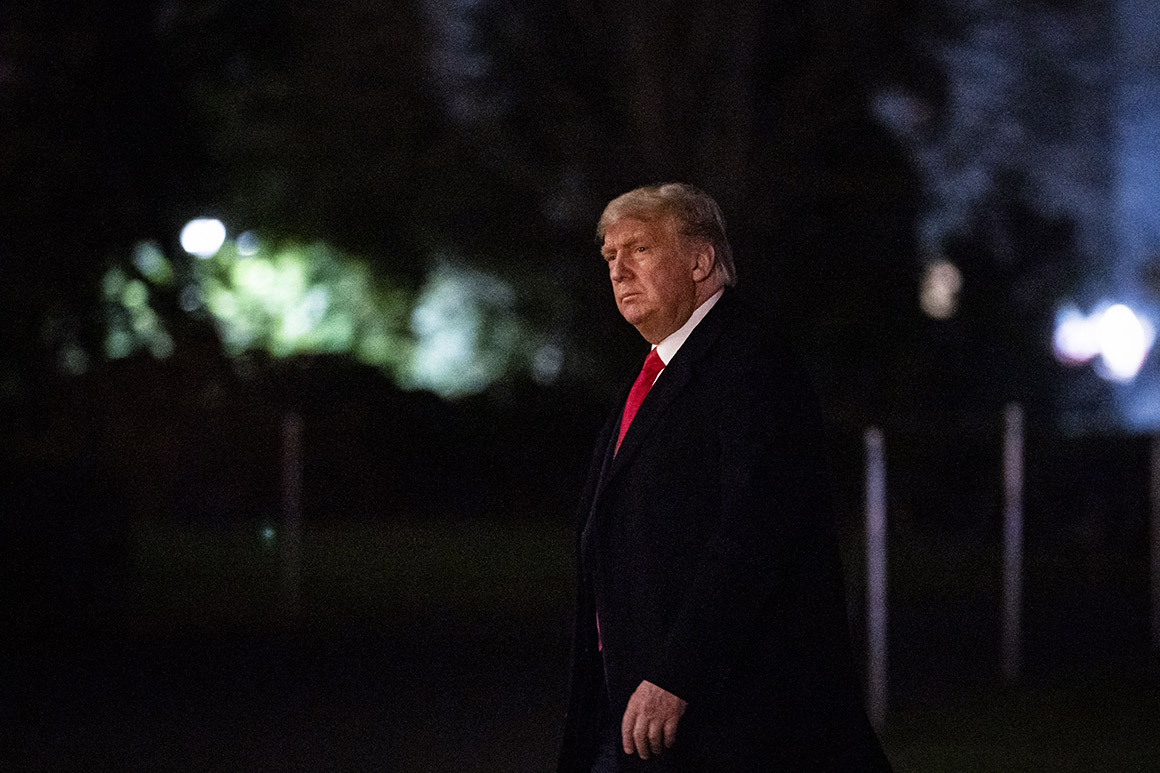 “I want to be very clear. I unequivocally condemn the violence that we saw last week,” Trump said, speaking from the Oval Office. “Violence and vandalism have absolutely no place in our country and no place in our movement. Make America Great Again has always been about defending the rule of law, supporting the men and women of law enforcement and upholding our nation’s most sacred traditions and values.”

But absent from the video was any sense of responsibility or remorse for the attack, which even some of his closest allies blame him for. Trump said those who engaged in the attack “will be brought to justice,” but he did not mention the article of impeachment against him that came together at lightning speed this past week.

Trump told reporters on Tuesday that his goading remarks to his supporters ahead of the Capitol attack were “totally appropriate,” and instead tried to shift focus to the summer of protests last year amid a reckoning on police violence and racism.

“If you read my speech — and many people have done it, and I’ve seen it both in the papers and in the media, on television — it’s been analyzed, and people thought that what I said was totally appropriate,” he said on Tuesday.

The White House posted the video on Wednesday just as House Speaker Nancy Pelosi took to the lectern at the Capitol to address reporters about the article of impeachment passed by House Democrats and 10 House Republicans a short time earlier. Trump was charged with willfully inciting insurrection by launching a monthslong campaign to cast doubt on the legitimacy of the 2020 presidential election and calling on his supporters to fight the results on the Capitol grounds.

Five people died in connection with the Capitol attack, including a police officer, and Trump’s initial response to the crisis alarmed his aides and allies with its hesitancy. In his first statements on the violence, he called on his supporters to be peaceful, but still lauded them as “very special,” adding that “we love you.” His Twitter account was eventually shuttered because of his statements.

Further security risks continue to hover over Washington ahead of Biden’s inauguration next week. Thousands of National Guardsmen have descended on the Capitol, and D.C. Mayor Muriel Bowser has urged Americans to stay away from the ceremony because of the risk of violence.

Trump said on Wednesday that he had been briefed on the security situation, and he urged “everyone who has ever believed in our agenda to be thinking of ways to ease tensions, calm tempers and help promote peace in our country.” He added that he had granted federal authorities “all necessary resources to maintain order.” The president granted Bowser’s request for a state of emergency ahead of Inauguration Day earlier this week, allowing federal agencies to assist in emergency management.

“Every American deserves to have their voice heard in a respectful and peaceful way,” Trump said. “That is your First Amendment right. But I cannot emphasize [enough] that there must be no violence, no law breaking and no vandalism of any kind.”

Trump finished his Wednesday statement by bemoaning “the unprecedented assault on free speech we have seen in recent days.” Following the Capitol insurrection, Trump and several of his supporters who promoted his falsehoods of a fraudulent election were suspended from a number of social media platforms, including Twitter, Facebook and YouTube.

Trump went “ballistic” after being booted from his favorite social platform, a senior administration official told POLITICO at the time. Sen. Josh Hawley (R-Mo.) also had his book deal canceled, with his publishing house Simon & Schuster citing his support for the president’s efforts to challenge the election results. Hawley has since been likening the cancellation to censorship out of George Orwell’s “1984.”

“What is needed now is for us to listen to one another, not silence one another,” Trump said in his video. “All of us can choose by our actions to rise above the rancor and find common ground and shared purpose.”

Earlier in his message, the president, who campaigned largely off of insulting his opponents with demeaning nicknames, said: “No true supporter of mine could ever threaten or harass their fellow Americans.”