Proofpoint, Inc. (NASDAQ:PFPT) Given Average Recommendation of “Buy” by Brokerages

Proofpoint, Inc. (NASDAQ:PFPT) has been given a consensus rating of “Buy” by the twenty-two analysts that are presently covering the stock, Marketbeat.com reports. Six equities research analysts have rated the stock with a hold rating, fourteen have issued a buy rating and one has given a strong buy rating to the company. The average 12-month target price among brokers that have covered the stock in the last year is $134.25.

Proofpoint (NASDAQ:PFPT) last announced its quarterly earnings data on Thursday, October 29th. The software maker reported $0.59 earnings per share for the quarter, beating analysts’ consensus estimates of $0.39 by $0.20. Proofpoint had a negative net margin of 17.35% and a negative return on equity of 7.11%. The company had revenue of $266.70 million during the quarter, compared to analyst estimates of $261.41 million. During the same quarter last year, the business posted $0.49 EPS. The firm’s revenue for the quarter was up 17.3% on a year-over-year basis. On average, equities analysts forecast that Proofpoint will post -0.65 earnings per share for the current year. 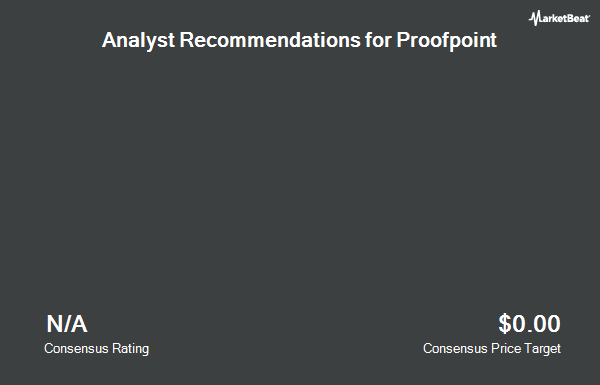