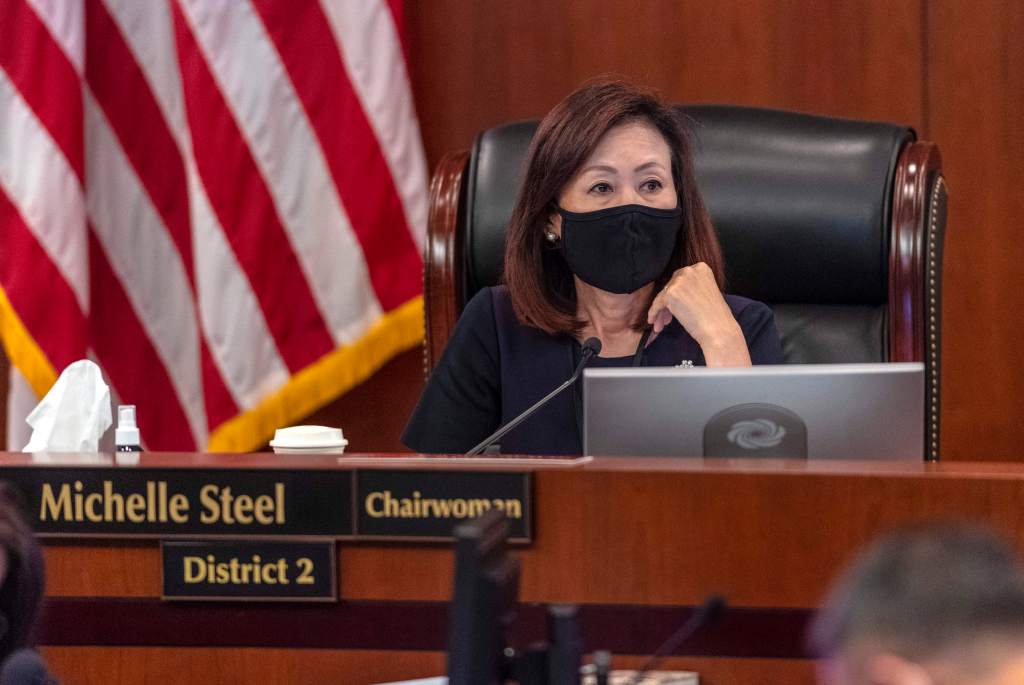 The Orange County Board of Supervisors seat left empty after District 2’s representative Michelle Steel was elected to Congress is set to be filled by a special election March 9.

The field could end up crowded. Four people had started the paperwork to get on the ballot as of Monday, Jan. 11; and two other people have publicly said they’re running.

The winner of the seat will serve the rest of a term that ends in 2022 and will represent a district that includes Costa Mesa, Cypress, Huntington Beach, La Palma, Los Alamitos, Newport Beach, Seal Beach and Stanton and portions of Fountain Valley and Buena Park.

Rappaport and Vo could not be reached for comment Monday. The other four potential candidates said their priorities in the job would include dealing with the public health and financial impacts of COVID-19, addressing homelessness and safely reopening businesses.

Foley, 53, is an attorney who was re-elected as Costa Mesa mayor in November. Moorlach, 65, was previously elected to the board and served as the county treasurer-tax collector from 1995 to 2006; he lost reelection to a state Senate seat in November.

Muldoon, 41, is a former prosecutor with a legal background who now works in the technology sector, he said. Posey, 61, has had a 25-year career managing sales of machinery for the woodworking industry.

The Board of Supervisors will formally vote Tuesday to set the election date. Candidates for the District 2 supervisor seat have until Jan. 25 to file papers to get on the ballot.

OC Registrar of Voters Neal Kelley said the roughly 440,000 voters in the district will all receive ballots by mail, and he’ll also open 13 locations for in-person voting.