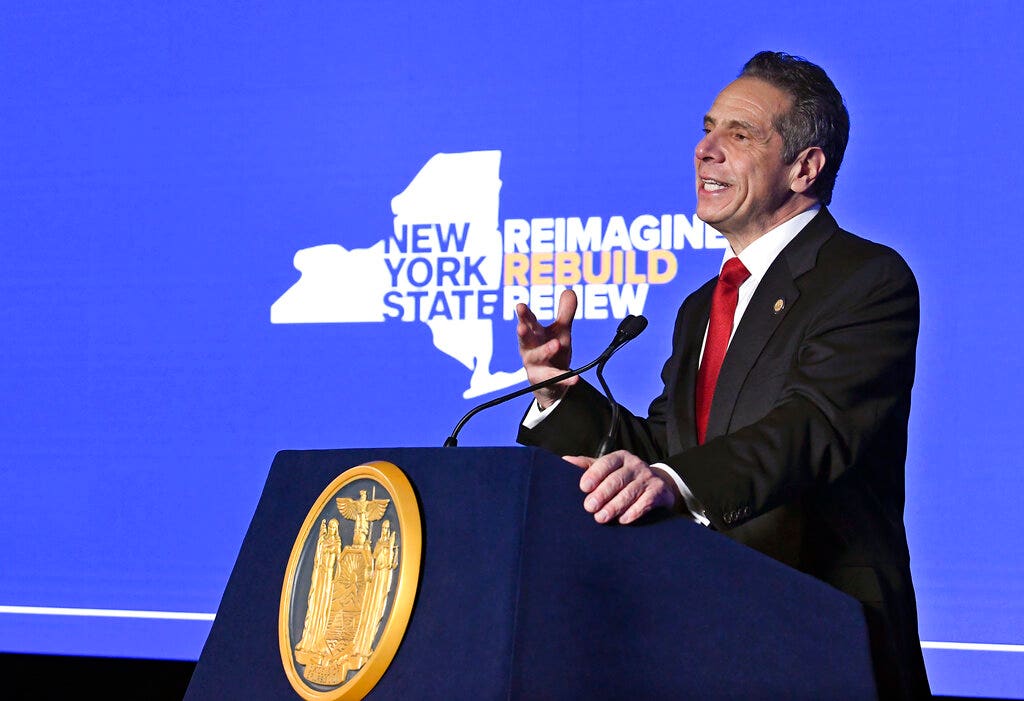 Gov. Cuomo is embracing the legalization of sports betting in an effort to bring more money into New York. FOX Business’ Kristina Partsinevelos with more.

New York Gov. Andrew Cuomo received pushback on Monday after he called for reopening the economy “smartly and safely,” a message many regarded as a pivot from months of lockdowns to curb the spread of COVID-19.

The Democratic governor suggested it was unreasonable to expect the state’s economy to stay closed until the vaccine “hits critical mass.”

“The cost is too high. We will have nothing left to open,” Cuomo wrote on Twitter. “We must reopen the economy, but we must do it smartly and safely.”

Reactions to the governor’s stance were harsh.

“Unbelievable. That’s a hell of a pivot,” responded one Twitter user. “What changed?”

“Oh no … You do not get to cast yourself as the champion of business 10 months after you ruined everyone,” wrote another Twitter user, whose profile lists him as a New York City lawyer.

“Too late. You already smashed every small business in NY. You alone. If this wasn’t so sad, it would be such a hilarious statement,” wrote another.

Many accused the governor of waiting to reopen the economy until after the November election.

“Wow, it’s almost like we were held hostage for close to a year to secure an election,” wrote New York-based comedian Pete Burdette.

“The timing of this proclamation is interesting and somewhat amusing. Why the change of heart? What has changed?” read one comment, to which another person replied: “(Well) given the inauguration is in a week and the fact that the Democrats now own the economy, what do you think?”

Cuomo’s divisive tweet coincided on the day of his state of the state address, at which he outlined the state’s plan to tackle the coronavirus and revive the economy in 2021.

Urging the need to “jump-start the economy now,” Cuomo promised a New Deal-style program to invest in infrastructure and housing.