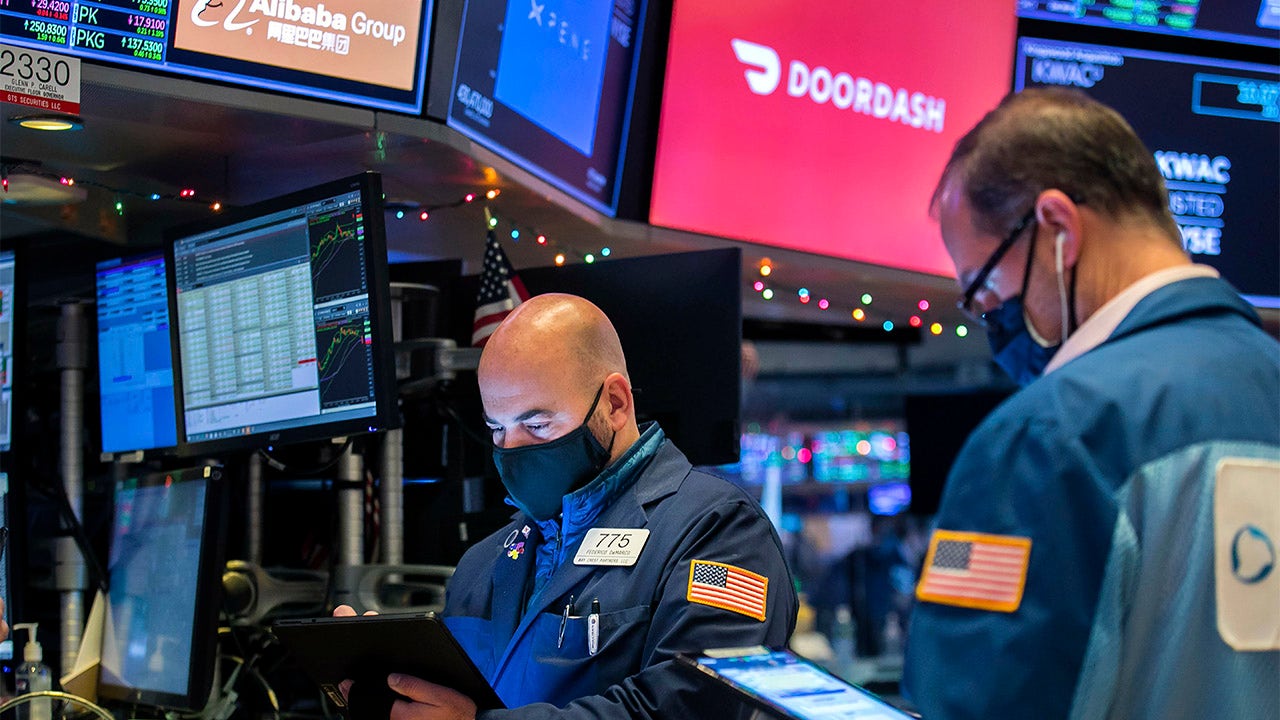 Stock futures were higher again on FridayÂ as traders digested the December jobs report, which was worse than expected.

The country lost 140,000 jobs in December, compared to an expected gain of 71,000, according to analysts surveyed by Refinitiv.

Dow Jones Industrial Average futures were up 94 points, a gain of 0.3%, while the S&P 500 was up a similar amount. The Nasdaq, which jumped above 13,000 on Thursday on the back of gains in Big Tech companies such as Apple, Amazon and Microsoft, was up 0.6%.

DOW CLOSES ABOVE 31K, NASDAQ 13K FOR 1ST TIME WITH ‘ORDERLY TRANSITION’ OF WHITE HOUSE AHEAD

JOBS IN FOCUS AMID PANDEMIC

The nonfarm payroll report for December was significantly weaker than expected, though the revisions to the previous two months and stronger-than-expectedÂ earnings softened the blow a bit. In the prior two months, the U.S. added an additional 135,000 jobs.

The U.S. surpassed 21.5 million cases of COVID-19 on Thursday, according to data compiled by Johns Hopkins University. Nearly 4,000 Americans died of the virus on Thursday, a new record.

Though rumors of an Apple-branded car have existed for years, South Korean automaker Hyundai confirmed on Friday it was in early talks with the U.S. tech giant, lifting shares of Hyundai 25%.

“Apple and Hyundai are in discussions but they are at an early stage and nothing has been decided,” Hyundai said in a statement.

The company later issued a regulatory filing, noting it was “getting requests for cooperation on joint development of autonomous electric vehicles from various companies.”

On Thursday, Bloomberg reported that an Apple-branded car, which would compete with Tesla, GM and other electric vehicles, would not be ready until at least 2025.

In other asset classes, bitcoin traded aboveÂ the $41,000 level in morning trading, doubling in less than a month, pushing its market value above $1 trillion for the first time.