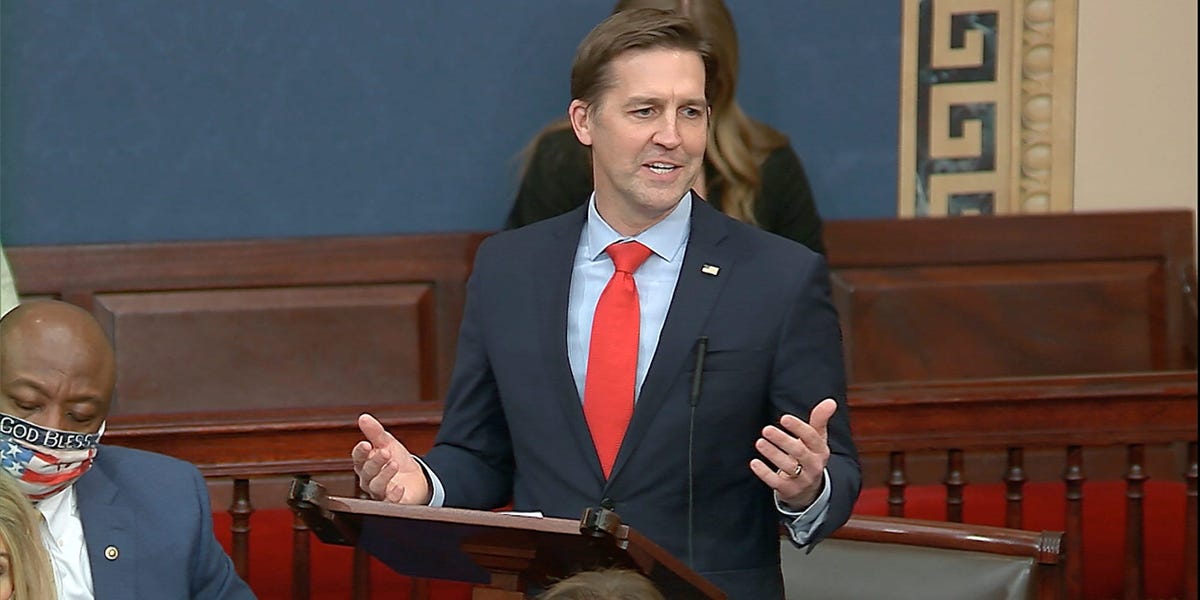 GOP Sen. Ben Sasse of Nebraska isn’t mincing words when it comes to his colleague Sen. Josh Hawley’s attempts to subvert the 2020 presidential election results, calling his efforts “really dumbass” and “a terrible idea” in a Friday interview on NPR.

“Senator Hawley was doing something that was really dumbass, and I have been clear about that in public and in private since long before he announced he was going to do this” Sasse told NPR host Steve Inskeep. “This was a stunt, it was a terrible, terrible idea, and you don’t lie to the American people, and that’s been going on. The American people have been lied to, chiefly by Donald Trump, and lies have consequences.”

Hawley, an ambitious conservative Republican elected in 2018, spread misinformation about voter and election fraud that contributed to pro-Trump rioters mounting an armed insurrection on the US Capitol.

Hawley was the first Republican senator to announce his intent to challenge states’ electoral votes at the January 6 joint session of Congres to count electoral votes.

After being seen giving an encouraging raised-first gesture to many of the rioters who would later storm the Capitol, Hawley objected to Pennsylvania’s electoral votes when both chambers of Congress were finally able to reconvene on Wednesday night, drawing out the proceedings for hours.

Hawley has already suffered significant political and professional fallout from his actions.

His once-mentor former Sen. John Danforth has disavowed Hawley and called supporting his 2018 campaign “the worst mistake of my life,” the two biggest newspapers in Missouri have called on him to resign, and the publisher Simon & Schuster announced it would cancel his book deal over his actions.

And now, Hawley is facing both open scorn from his colleagues on both sides of the aisle. Democrats including Rep. Alexandria Ocasio-Cortez and his Missouri colleague Rep. Cori Bush have called for him to resign or be expelled from Congress.