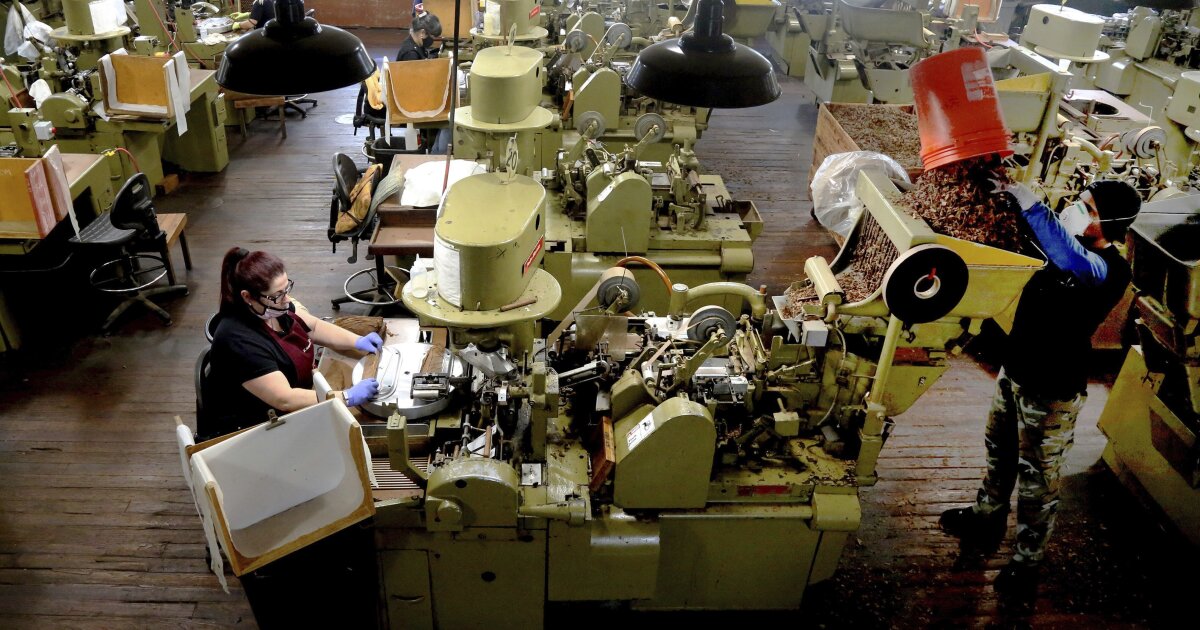 The economy shed 140,000 jobs in December, the Bureau of Labor Statistics reported Friday, the first losses since April, reflecting renewed economic closures amid a worsening coronavirus pandemic that has infected more than 21.5 million people in the United States and killed more than 365,000.

The unemployment rate remained flat at 6.7%.

“It has never been more true that the path of the economy depends on the course of the virus, and right now, new Covid outbreaks across the nation are threatening to bring the economy down with it,” said Chris Rupkey, chief financial economist at MUFG.

Employment in the leisure and hospitality sector declined by 498,000 jobs. Of those losses, 372,000 came from the restaurant industry alone. Those steep losses were offset in part by gains in business services, retail trade, construction, and transportation and warehousing.

Since February, the leisure and hospitality industry has shed 3.9 million jobs â€” roughly 23%.

The coronavirus pandemic and restrictions implemented to address surging cases have devastated the entertainment industry, particularly restaurants â€” a situation made worse by temperatures across much of the country remaining too cold for patrons to enjoy outdoor dining.

The labor market has so far recovered about half the 22 million jobs lost in the spring due to the pandemic.

“Rising COVID-19 caseloads, hospitalizations, and deaths means our health and economic woes are far from over,” Elise Gould, a senior economist at the Economic Policy Institute, wrote. “President-elect Biden enters his first term in a disastrous economy.”

The $900 billion coronavirus stimulus package passed in December likely had little to no effect on December’s numbers but could set up for a stronger recovery effort in January â€” Congress didn’t approve the measure until Dec. 21, and President Trump didn’t sign the package until Dec. 28.

More than one-third of the bill was directed toward loan programs for small businesses that have not been able to weather lockdowns and the recent surges in COVID-19 cases. The measure also included a $300 boost in unemployment benefits, half what Congress provided in the early months of the pandemic, and $600 stimulus checks for individuals, in addition to funds for schools, healthcare facilities, rental assistance programs, and food stamps.

President-elect Joe Biden has already called the pared-down spending package a “down payment” on an ambitious recovery program and has said that he was confident of multiple relief packages being passed in 2021.

That goal became more attainable Wednesday after both Democratic candidates running in Georgia’s Senate runoff elections, Rev. Raphael Warnock and John Ossoff, ousted their Republican incumbents â€” shifting the balance of power in the upper chamber to an even 50-50 split, with Vice President-elect Kamala Harris’s tie-breaking vote nudging the chamber in the Democrats’ favor. Ahead of Georgia’s election, both Warnock and Ossoff made increased federal relief, specifically $2,000 checks, a key part of their campaigns.

Also arriving too late to be reflected in December’s numbers was the rollout of Pfizer-BioNTech’s and Moderna’s vaccines across the U.S. So far, roughly 6 million people have been vaccinated across the country, with 15 million vaccines distributed, according to the Centers for Disease Control and Prevention. Many consider a successful vaccination campaign to be integral to an eventual return to pre-pandemic economic activity.

India Covid-19: New Delhi's teachers are being sent to the pandemic frontlines, some without training, PPE or even pay