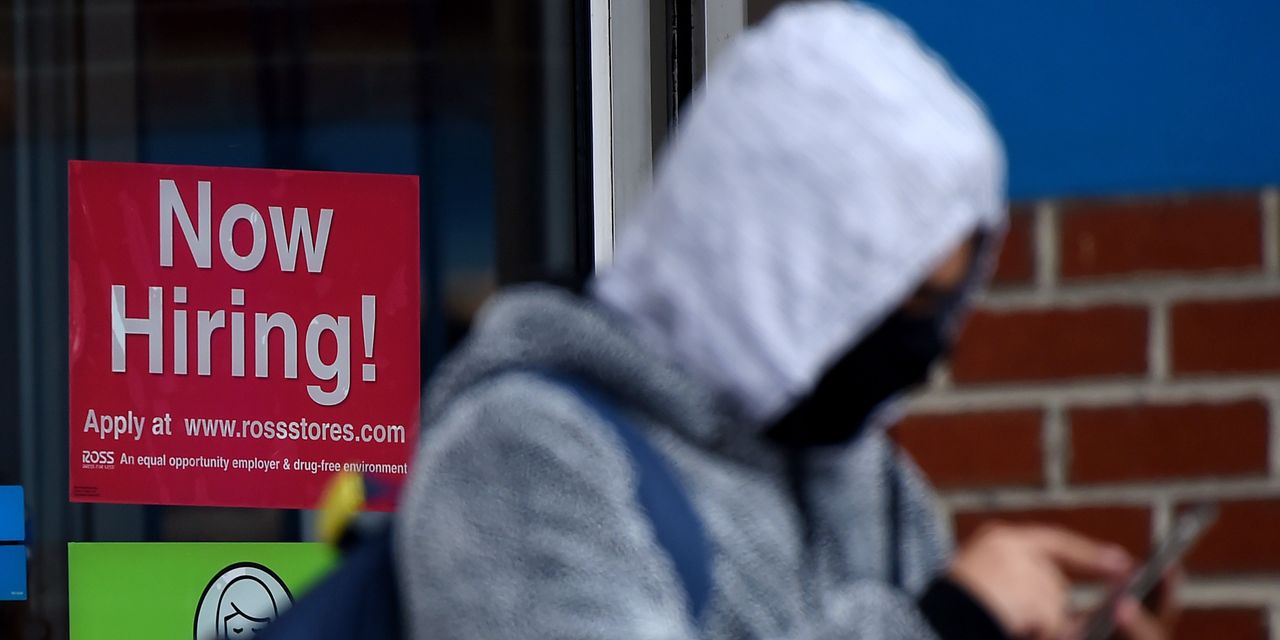 U.S. equity indexes were indicated higher early Friday, with the main benchmarks set to extend a rally to fresh records to start the year, even as a jobs report for December showed the first monthly job losses since April amid an acceleration of cases of COVID-19.

How are stock benchmarks performing?

Stock futures lost some momentum but held fairly steady on Friday after the closely followed report on jobs showed that the U.S. economy lost 140,000 jobs in December, well below forecast of a gain of 55,000.

The U.S. unemployment rate remained unchanged at 6.7%, but data from the Labor Department report also suggests that a number of Americans left the workforce.

The decline in employment was the first since last April, when the U.S. lost a 20.8 million jobs in that one month alone

â€œWith large swaths of the U.S. economy shut down throughout December to combat the spread of Covid-19, itâ€™s no surprise that the economy lost jobs in December,â€ wrote James McDonald, CEO and chief investment officer of Hercules Investments.

Indeed, the U.S. registered record deaths on Thursday, with at least 4,111 lives on Thursday lost from COVID, representing the most in a single day since the start of the outbreak,Â according to a New York Times tracker, which also came amid a record 280,028 new cases of the disease.

â€œAs we had highlighted in prior publications, measures put in place to stop the spread of COVID-19 had a big impact this month, specifically in the leisure and hospitality sector where payrolls fell 498K,â€ wrote Jefferies analysts Thomas Simons and Aneta Markowska, in a note after the data was published.

The analysts estimate that if it werenâ€™t for renewed lockdowns payrolls would have showed a gain of 358,000.

The modest moves in Wall Street stock index futures on Friday also come after a dramatic political week that included wins by Democrats against incumbent Republicans in the U.S. Senate that shift the balance of power in Congress, along with rioters stormingÂ the Capitol building after being encouraged by President Donald Trump to try to block Congress from certifying President-electÂ Joe Bidenâ€™s November win.

The chaos in the Capitol has led to resignations by some members of Trumpâ€™s administration, including Education Secretary Betsy DeVos, Transportation Secretary Elaine Chao, and the first ladyâ€™s chief of staff as well as a top official who dealt with China.

President Donald Trump, in a video released on Thursday night, finally acknowledged his election defeat and vowed a smooth transition of power.

House SpeakerÂ Nancy PelosiÂ and Sen. Chuck Schumer have called for Trumpâ€™s immediate removal from office, even with just a few days left before Biden is sworn in as president on Jan. 20.

Markets, however, have focused on the political wins by Democrats Jon Ossoff and Raphael Warnock in the Senate runoff elections on Tuesday, which raises the prospect ofÂ additional coronavirus fiscal relief measures and other legislationÂ that could boost the U.S. economy after Biden becomes president in 12 days.