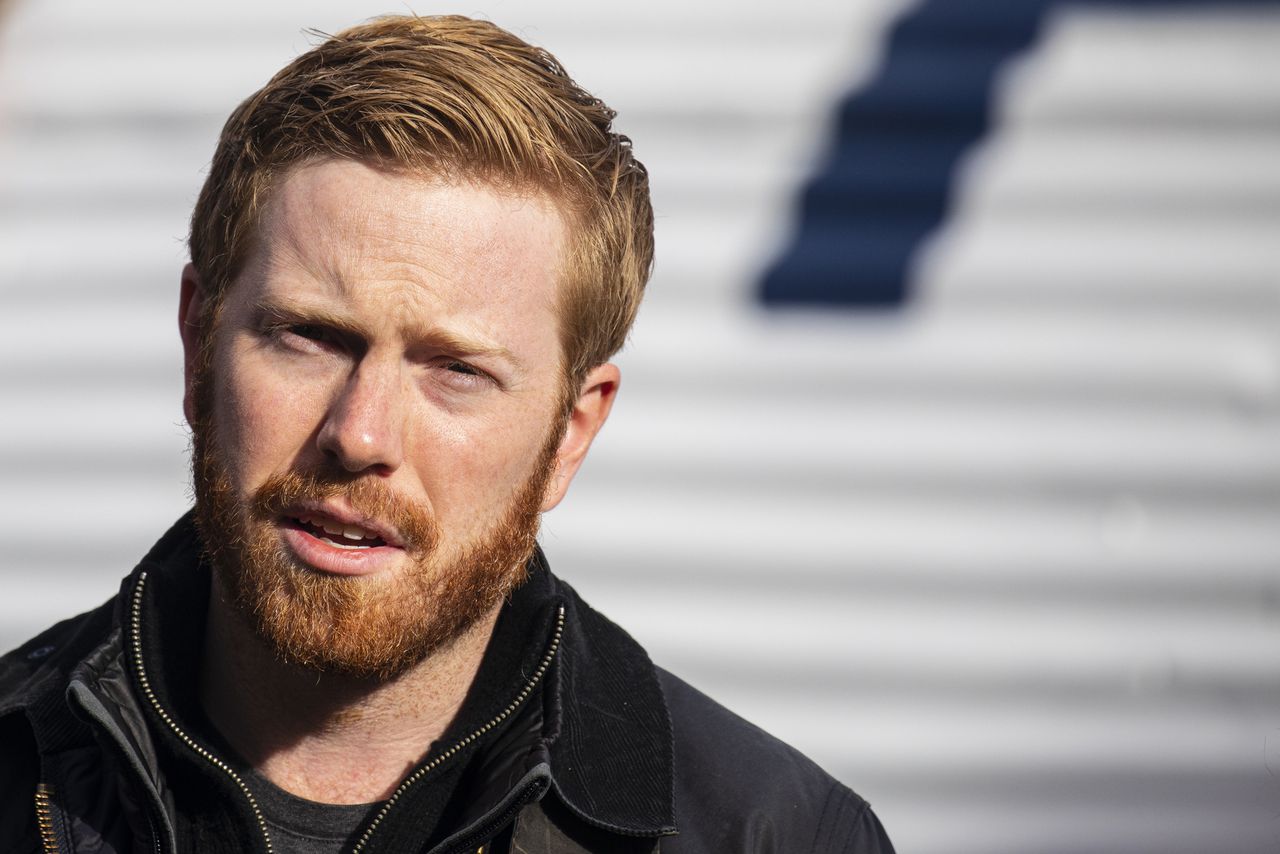 U.S. Rep. Peter Meijer, R-Grand Rapids, said the Republican Party “needs to own up for the lies and deceptions we’ve been telling some of our supporters” about election fraud after violent rioters broke into the U.S. Capitol Wednesday.

Meijer, who was sworn in a week ago to represent a traditionally Republican district in West Michigan, said members of his party share some of the responsibility for convincing Americans the election was stolen from President Donald Trump. Supporters of the president broke into the Capitol to disrupt the certification of President-elect Joe Biden’s victory, resulting in the death of a Capitol Police officer, a woman who was killed by police and three others who died of medical emergencies.

“We need to come to grips with that,” Meijer said Friday. “I hope that a more honest conversation — I hope that some of the disingenuous, duplicitous and deceptive rhetoric that folks have latched on to try to feel better about what happened — I hope they realize the utter cowardice of that approach.”

Trump and Republican lawmakers spent months promoting unproven claims about widespread election fraud in an effort to overturn Biden’s victory. Trump acknowledged Biden as the president-elect in a statement Thursday, but said his efforts to challenge the results were focused on “fighting to defend American democracy.”

Since his election in November, Meijer has said the claims of election fraud are not justified, although in a Dec. 14 statement said Republican “must investigate irregularities and process failures, and return signature verification. In the same statement, sent the day Michigan’s electors cast their vote for Biden, he acknowledged the President-elect’s win.

“It depends if we want to be a party that is capable of earning the trust of the public,” Meijer said. “If we ever want to be, you know, seen as a credible voice to speak on issues, it’s something that has to happen. The implicit question here is how bad does it have to get before we recognize we need to change? If this isn’t rock bottom, I don’t know what could be.”

Members of Congress were forced to evacuate the Capitol as rioters forced their way into the building. The pro-Trump mob vandalized congressional offices and clashed with police, causing the National Guard to be deployed.

Images taken by photojournalists during the riots show one person carrying zip ties into the Capitol. Meijer said it’s clear that some members of the mob intended to attack lawmakers or take hostages.

Meijer said he’s not sure if the worst is yet to come.

“I would not be surprised if we saw in the near term political assassinations or some type of additional attempts to take lives by the folks who feel emboldened by what’s happened,” Meijer said. “I hope that’s not the case.”

Meijer, an Iraq War veteran, lamented the need to establish heightened security measures in the nation’s Capitol. Meijer said the presence of heavily armed police in tactical gear and barricades in Washington D.C. reminds him of experiences in warzones.

The Electoral College votes were certified early Thursday morning after Congress reconvened late Wednesday. Biden earned 306 votes to Trump’s 232 and will be sworn-in as the next president on Jan. 20.

Meijer declined to say whether he’s spoken with Michigan colleagues who challenged the electoral votes in other states. However, he expressed disappointment that Republicans made their objections while “blood was drying 100 feet from where we stood.”

“I had lawmakers making the argument that a large number of our supporters feel that this election was stolen, and so that’s why we should vote this way,” Meijer said. “Well, but you were telling them that too. That doesn’t make it right. That doesn’t make it accurate. It means that you lied to them, and they trusted you and they believed your lies. That’s all that that means, and I find that utterly contemptible.”

Meijer said Republicans amplified rhetoric they didn’t believe in themselves.

“A number of the lawmakers who were saying ‘stop the steal’ didn’t believe that this was a landslide reelection for Donald Trump and that this vote had been stolen,” Meijer said. “They didn’t believe the Dominion Voting Systems somehow flipped hundreds of millions of votes.”

Meijer said Republicans have faced immense pressure from constituents and conservative activists to overturn the election. Meijer said “there was no constitutional basis” to do so, but some Republicans opposed electoral votes because they faced violent threats.

Meijer also said this isn’t a time for Republicans to make “equivalencies” to Black Lives Matter protests or make unproven claims that anti-fascist demonstrators were responsible for the Capitol riots.

“I was as a strong denunciator and condemned what happened over the summer and the riots in the strongest possible terms,” Meijer said. “This is not a time to say ‘well what about this’ or try to make equivalencies.”

“It blows my mind, and also to see lawmakers stand up and try to say well this wasn’t us, this was BLM, this was Antifa. I can’t express how much contempt I have for the continuing utter lack of accountability or lack of awareness or lack of a willingness to take responsibility for actions that have led us to this point.”

A coup? Terrorism? Experts ponder how to define chaos at U.S. Capitol