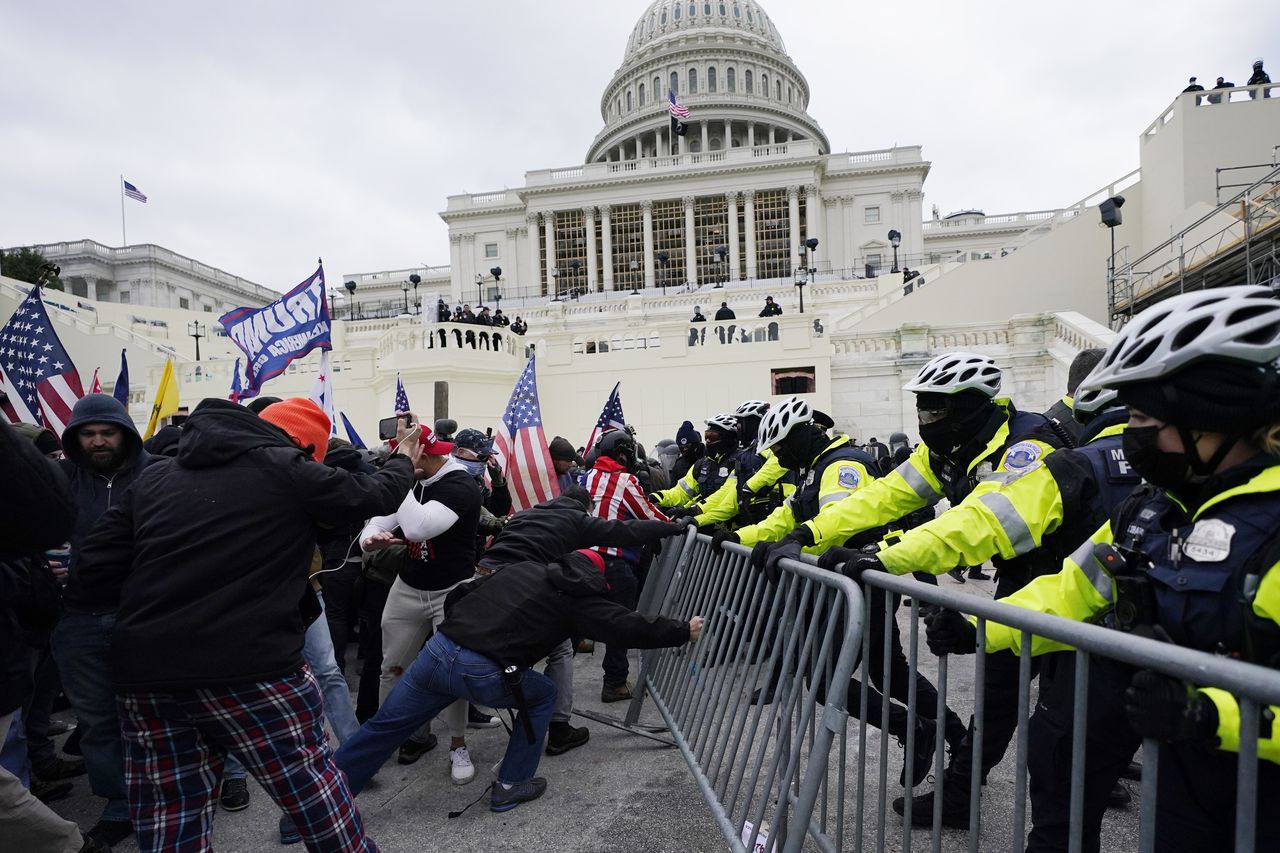 After a violent mob stormed the U.S. Capitol while members of Congress were meeting to confirm the votes of the Electoral College, Michigan Democrats are calling on Republican legislative leaders to sanction the state lawmakers who supported overturning the nationâ€™s election results.

In a Thursday letter to House Speaker-elect Jason Wentworth, incoming House Democratic Leader Donna Lasinski called on him not to seat 18 House members who signed onto letters or lawsuits questioning the legitimacy of certified election results unless they disavow their actions, arguing they â€œbear responsibility for stoking and fomenting the disgraceful actions we have witnessed.â€

â€œAs Speaker, I implore you to consider what is at stake if these lawmakers are allowed to advocate for the subversion of our democracy one day and then be allowed to make decisions on behalf of the people of Michigan the next,â€ she wrote in the letter.

Lasinski continued: â€œI hope you will join me in holding these individuals accountable for their irresponsible actions by taking action up to and including not seating them in the 101st Legislature without disavowing their support of unproven conspiracy theories and actions, undermining our democracy and encouraging the violent overthrow of our government.â€

Lasinski listed the following Republican lawmakers in her letter:

Several Democrats have been especially critical of Maddock, R-Milford Township, who was in Washington, D.C. with his wife Meshawn Maddock while thousands of supporters of President Donald Trump stormed the nationâ€™s Capitol building.

Meshawn Maddock, who is poised to become co-chair of the Michigan Republican Party, posted photos and videos from outside the Capitol building on social media. She said in a Thursday statement it was supposed to be a peaceful event, adding, â€œthe people who became a mob and broke the law should be held accountable.â€

Rep. Maddock has not responded to MLiveâ€™s requests for comment.

During a virtual press conference Thursday, Rep. Darrin Camilleri, D-Brownstown Township, said he believes the members of the Michigan House and Senate who signed onto lawsuits or publicly aired concerns about unfounded election fraud claims should be stripped of any leadership positions they hold.

â€œWe are working with people who donâ€™t believe in the very system of government that they are participating in, and I believe that we should hold each and every one of them accountable,â€ he said.

Earlier Thursday Afendoulis said Wentworth â€œhasnâ€™t seen any action that risesâ€ to the level of censuring Maddock or removing him from committee posts.

More than a dozen state representatives signed onto an unsuccessful federal lawsuit from the state of Texas claiming election results in Michigan and other battleground states were unconstitutional, and 11 state senators submitted a letter to Vice President Mike Pence and members of Congress to â€œexamine the credible allegations of election-related concerns surrounding fraud and irregularities.â€

A handful of lawmakers attempted to cast â€œalternativeâ€ Electoral College votes in Trumpâ€™s favor when Michiganâ€™s electors cast their votes for Biden in December, but they were turned away at the door of the Michigan Capitol building.

There has been no evidence of widespread election fraud that would have changed the results in Michigan or any other state. Congressional counting of the Electoral College votes was interrupted Wednesday as a pro-Trump mob converged at the nationâ€™s Capitol, eventually overwhelming police and forcing a building-wide lockdown amid reports of vandalism and an explosive device found nearby.

Four people died during the storming of the Capitol, according to the Associated Press.

Members of Congress completed the Electoral College vote count early Thursday morning, cementing President-elect Joe Bidenâ€™s victory. Biden is set to be sworn in as the next president Jan. 20.

Tim Cook: Why I kicked Parler off Apple's App Store