Service side of U.S. economy speeds up in December, but virus hurts employment 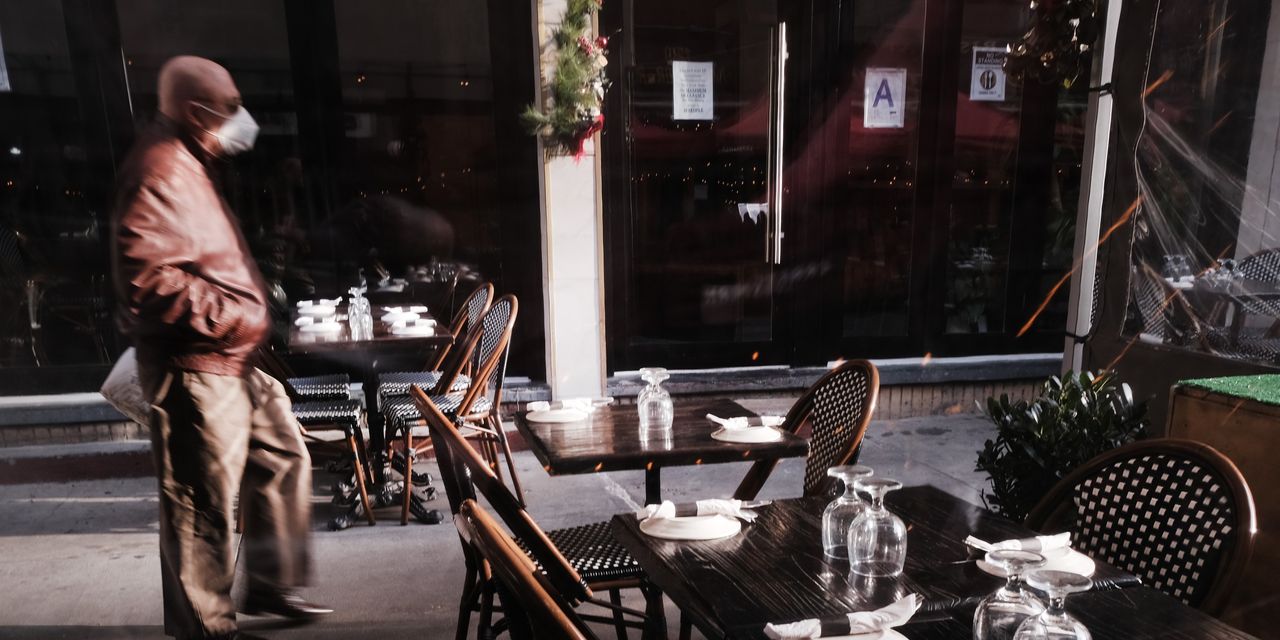 The large service side of the U.S. economy grew somewhat faster in December despite a record increase in coronavirus cases, as companies took hope in the rollout of vaccines and looked toward the future.

A survey of senior executives at non-manufacturing companies rose to a three-month high of 57.2% from 55.9% in the prior month, the Institute for Supply Management said Thursday.

Readings above 50% signal that businesses are expanding.

A similar ISM survey of manufacturers also rose in December to a nearly two-and-a-half year high. Manufacturers donâ€™t deal directly with customers and have been better shielded from the virus.

Read: U.S. manufacturers shrug off coronavirus and grow at fastest pace since pandemic

What happened: Fourteen of the 18 service industries tracked by ISM expanded in December, the same as in the prior month.

As expected, business contracted in arts and entertainment and leisure and hospitality owing to renewed government restrictions on hours of operation and the number of customers allowed on premise.

New orders and production both rose and remained near a pandemic high, but employment fell and turned negative for the first time since August.

A measure of jobs and hiring, arguably the most critical part of the survey right now, slipped to 48.2% from 51.5%.

Although the ISM services index is still relatively high, business is far from normal. The survey asks executives whether conditions are getting better or worse, but it doesnâ€™t reveal how much better.

Big picture: The U.S. economy has taken another body blow from the pandemic, but business is holding up much better than it did last spring. States have shied away from broad restrictions to limit the damage.

As the vaccines become more widespread and the pandemic fades, the economy is expected to make a stronger recovery. That could still take many months, however.

What they are saying? â€œThe survey shows that the second wave is not having a big of an impact on the economy as the first,â€ said senior economist Jennifer Lee of BMO Capital Markets. â€œYes, the potential drop in jobs is worrying, but as the economy picks up, the jobs will return. We just have to get through the winter. â€œ