Most California Republicans vote to reject election results after violence 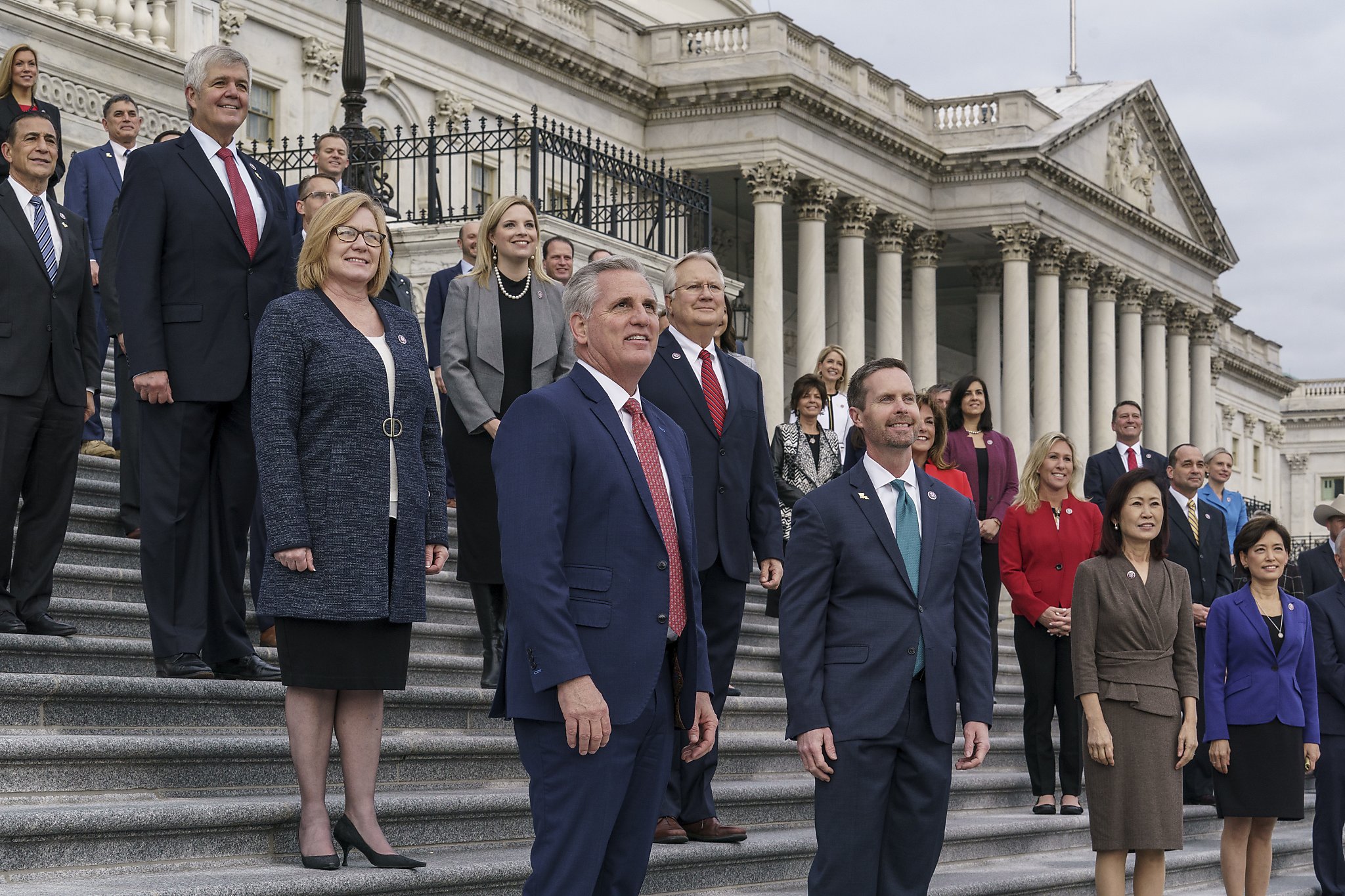 WASHINGTON â€” As the wreckage from a violent pro-Trump mob that breached the Capitol was being cleared from hallways, more than half of Californiaâ€™s Republicans in Congress voted to reject election results that cemented President-elect Joe Bidenâ€™s victory.

Seven California Republicans, including the partyâ€™s House leader, voted to deny certification of election results from Arizona and Pennsylvania, states where Biden defeated President Trump in the November election. Two voted with the majority of Congress and all Democrats to reject the challenges to the lawful results, and two more were not present for the votes because they have tested positive for the coronavirus.

The votes came late Wednesday night, after proceedings of the typically perfunctory Electoral College certification were interrupted by a mob of Trump supporters who swarmed the Capitol, broke into the House and Senate chambers, and ransacked offices. One woman among the crowd was fatally shot by Capitol Police defending the doors to the House, with details of the circumstances still scarce. Multiple explosive devices were diffused, according to Capitol Police. Lawmakers were evacuated to safe holding rooms as the Capitol was slowly cleared, using gas masks after tear gas had been deployed in the marble halls.

Once Congress resumed, House GOP leader Kevin McCarthy of Bakersfield delivered remarks decrying the violence and calling for the parties to come together. Then, he voted to reject results from both Arizona and Pennsylvania.

GOP Rep. Michelle Steel of Seal Beach (Orange County) and Republican Rep.-elect David Valadao of Hanford (Kings County) were not present, as both have tested positive for the coronavirus. Valadao is yet to be sworn in, as he tested positive before Congress convened Sunday, but released a statement saying he would have joined the majority in certifying the results for Biden.

The challenge to the Arizona vote was rejected in the House 303-121, and in the Senate 93-6, and the Pennsylvania challenge was rejected 282-138 and 92-7, respectively. Congress completed the roll call of state results early Thursday and certified Biden as the winner.

The last-gasp attempt to subvert Novemberâ€™s election results made use of rules that allow objections as each stateâ€™s Electoral College votes are certified. If both a member of the House and Senate object, it triggers a round of debate and then a vote of each chamber.

The effort was always doomed to fail, but Trump had urged his partyâ€™s lawmakers to object regardless, to support his false claims about election fraud, which have been rejected by dozens of courts as baseless.

Republicans argued that the results were questionable either because of irregularities they did not provide credible evidence for, or because of the way states made changes to election procedures to ensure safety during the pandemic. Those concerns have already been heard by several courts and the changes and results have been upheld as legal.

LaMalfa said he was voting to allow time for more investigation of the claims.

â€œI have no interest in overturning any election solely based on allegations,â€ LaMalfa said in a statement. â€œI do want the allegations to be investigated before Congress gives a final approval to the results. … My vote today was to ensure that the investigation happened before inauguration day.â€

Although McClintock joined a request to the Supreme Court to throw out four statesâ€™ votes for Biden last month, which was summarily rejected, he said the Constitution was clear that it was not Congressâ€™ right to overrule statesâ€™ election results.

â€œNo one has ever claimed that ours is a perfect system,â€ McClintock wrote in an op-ed this week. â€œIt is merely the best we have yet been able to design. And until we come up with something better, we owe it to our country, our Constitution and our posterity to stand by it and to respect its outcome, despite our wishes and suspicions.â€

Valadao was stronger in a statement provided by his office, saying his colleaguesâ€™ efforts were harmful.

â€œIt is not the role of Congress to choose who the states certify,â€ Valadao said. â€œChoosing to ignore the facts for the sake of party power is damaging to the American peopleâ€™s confidence in the Electoral College and sets an unwise precedent for future elections. Simply put, Congress does not have the power to pick the president â€” the American people do, through the Electoral College.â€