Keeping coronavirus at bay, Vietnam revs up economy to race ahead of rivals 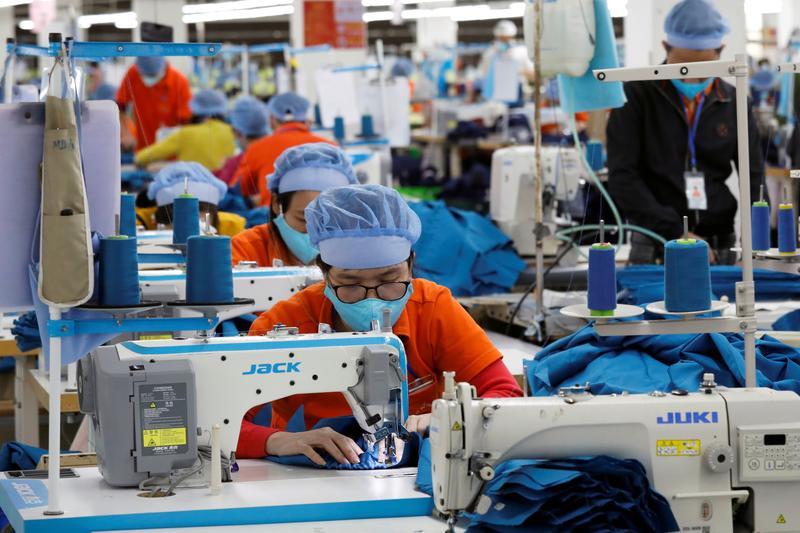 HANOI (Reuters) – Vietnamâ€™s success in curbing the coronavirus so far, while its Southeast Asia neighbours struggle, is helping the country power ahead in economic growth and attracting funds, foreign investors, experts and analysts say.

Its strength in containing the pandemic saw it build on the foundations of two free trade agreements signed in 2020, also outpacing peers in luring manufacturers moving production out of China because of the Beijing-Washington trade war. Vietnam was one of the worldâ€™s few countries to record growth last year – well down on 2019, but still a 2.9% expansion.

Vietnam watchers expect the country to ride high as long as it keeps the virus – resurgent in many countries – at bay. Thanks to rigorously targeted testing, a centralised quarantine programme and early border closures, Vietnamâ€™s coronavirus tally stands at just over 1,500 cases and 35 deaths to date – far fewer than any comparable country given its population of nearly 98 million.

â€œThe successful management of the pandemic to date has already enabled the country to capture a larger share of global trade and FDI (foreign direct investment) during 2020,â€ said Carolyn Turk, the World Bankâ€™s country director in Vietnam.

Parliament has set an economic growth target of 6% for this year, but Prime Minister Nguyen Xuan Phuc, looking to extend his term or rise up the Communist Party of Vietnamâ€™s ranks, said last month that Vietnam would target 6.5%.

At WHA Group, a Thai logistics firm which has expanded its industrial estate business in Vietnam, chairwoman Jareeporn Jarukornsakul said investors who had wanted to relocate operations to Thailand from China had not been able to do so because the coronavirus had spread in Thailand.

While infrastructure and regulatory issues are worse in Vietnam than in Thailand, she said, â€œCosts are cheap in Vietnam and its government is very quick with investment, allowing provinces to issue their own regulations and investment incentives.â€

Still, there is much work to be done, even if the country does retain its prowess in handling the coronavirus: Vietnam suffers from a lack of highly-skilled labour, its dated bureaucracy is in need of digitisation and there is an over-reliance on polluting coal imports to fuel development.

But the cocktail of positives flowing through the economy currently has left foreign-invested asset managers in Vietnam able to raise significant amounts, for example, with some reporting oversubscribed funds.

On Monday, Ho Chi Minh City-based Mekong Capital said it had raised $246 million for its largest-ever fund – nearly 25% more than the original target of $200 million.

That extra cash, along with savings accounts offering declining interest rates after three cuts in the central bankâ€™s policy rate since March, has created a surge in local stock market investors.

The number of new investors has increased so much that the benchmark Ho Chi Minh City Stock Exchange has been forced to halt afternoon trading in order to process the surge.

Hanoi also has bilateral trade deals with both South Korea and Japan, its largest sources of foreign direct investment, and is a signatory to the 11-country Comprehensive and Progressive Agreement for Trans-Pacific Partnership (CPTPP).

The trade deal push has given it an advantage over some of its regional competitors. The EVFTA in particular has â€œput Vietnam clearly on the mapâ€, said Sven Schneider, Chief Executive of the EU-Malaysian Chamber of Commerce.

â€œMalaysia, on the other hand, is only waking up to this missed opportunity now,â€ said Schneider.

In the short term, Vietnam is well placed to pull ahead of its regional rivals in 2021, just as it holds a massive Communist Party meeting to select a new leadership later this month.

â€œItâ€™s safe, the government functions smoothly, and in face of impediments like COVID the country rises to the challenge without hesitation and wins,â€ Chad Ovel, partner at Mekong Capital, said.

â€œVietnam has clearly earned its position as the most attractive investment destination in Southeast Asia.â€