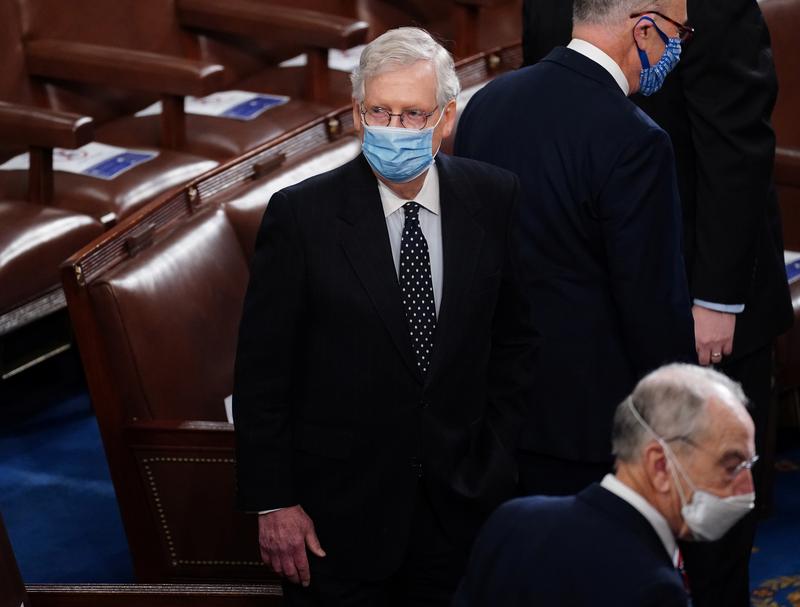 WASHINGTON (Reuters) – The U.S. Senate on Thursday morning overwhelmingly rejected a move by allies of President Donald Trump to object to Pennsylvaniaâ€™s certification of its presidential election results that awarded Democrat Joe Biden the victory, a vote that was delayed by a violent breach of the U.S. Capitol.

The Senate voted 92-7 against the measure.

After the vote, U.S. Senate Majority Leader Mitch McConnell said on the Senate floor that he does not expect any more votes challenging electoral college results.