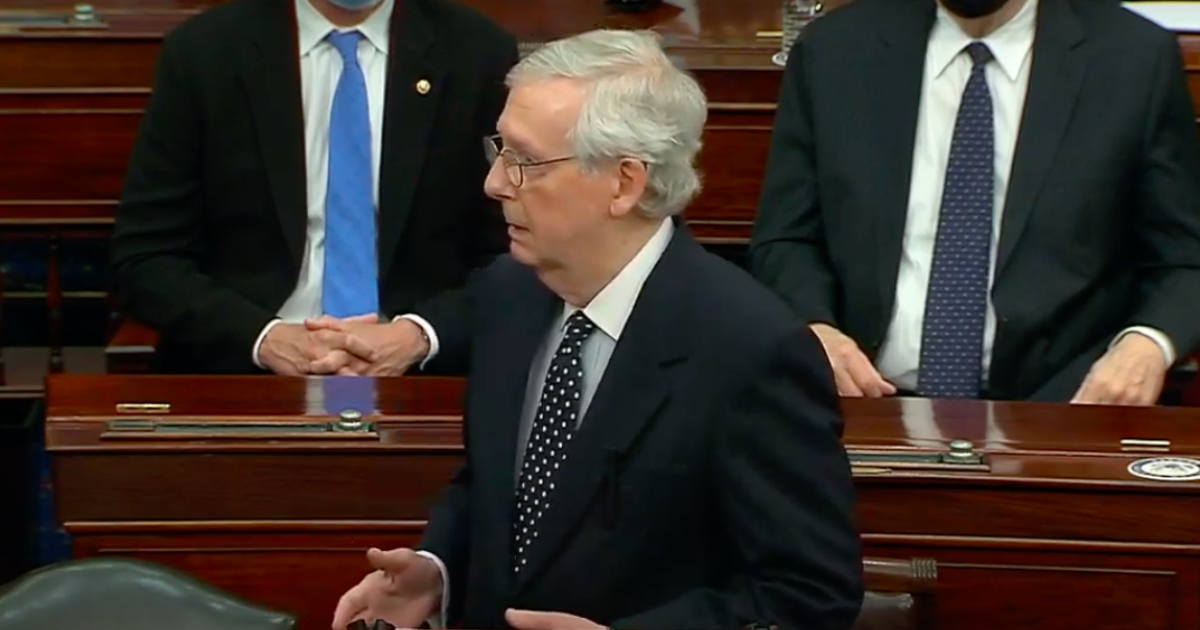 Washington â€” In a remarkable speech from the Senate floor, Senate Majority Leader Mitch castigated his fellow Republicans who challenged Arizona’s election results, arguing they were subverting the Constitution by attempting to overturn the election results.

“I’ve served 36 years in the Senate. This will be the most important vote I’ve ever cast,” McConnell said. “The voters, the courts and the states have all spoken. They’ve all spoken. If we overrule them, it will damage our republic forever.”

Lawmakers met Wednesday in a joint session of Congress to count the votes of the Electoral College and confirm President-elect Joe Biden’s victory. Republican Representative Paul Gosar and Senator Ted Cruz objected to Arizona’s election results shortly after the proceedings began, sending both chambers back to debate separately whether to accept the results. The effort is certain to fail, given the requirement that both chambers must vote to reject electors, and Democrats control the House.

McConnell, who had urged his members not to challenge to the results, addressed senators as they gaveled in to debate the objection. He noted that the election was “not unusually close,” as Mr. Biden defeated Mr. Trump with 306 electoral votes.Â

“If this election was overturned by allegations from the losing side, our democracy would enter a death spiral,” McConnell said, predicting that every election would become a free-for-all in which the loser would try to overturn the will of the voters.

“Self-government, my colleagues, requires a shared commitment to the truth. And a shared respect for the ground rules of our system. We cannot keep drifting apart into two separate tribes with a separate set of facts and separate realities,” he continued.

The Senate majority leader was impassioned, his voice trembling at moments. Meanwhile, outside the Capitol, crowds of angry pro-Trump protesters pushed back against barricades set by Capitol police officers in their demonstration against the count.

“It would be unfair and wrong to disenfranchise American voters and overrule the court and the states,” McConnell said. “I will not pretend such a vote will be a harmless protest gesture, while relying on others to do the right thing. I will vote to respect the people’s decision and defend our system of government as we know it.”Â