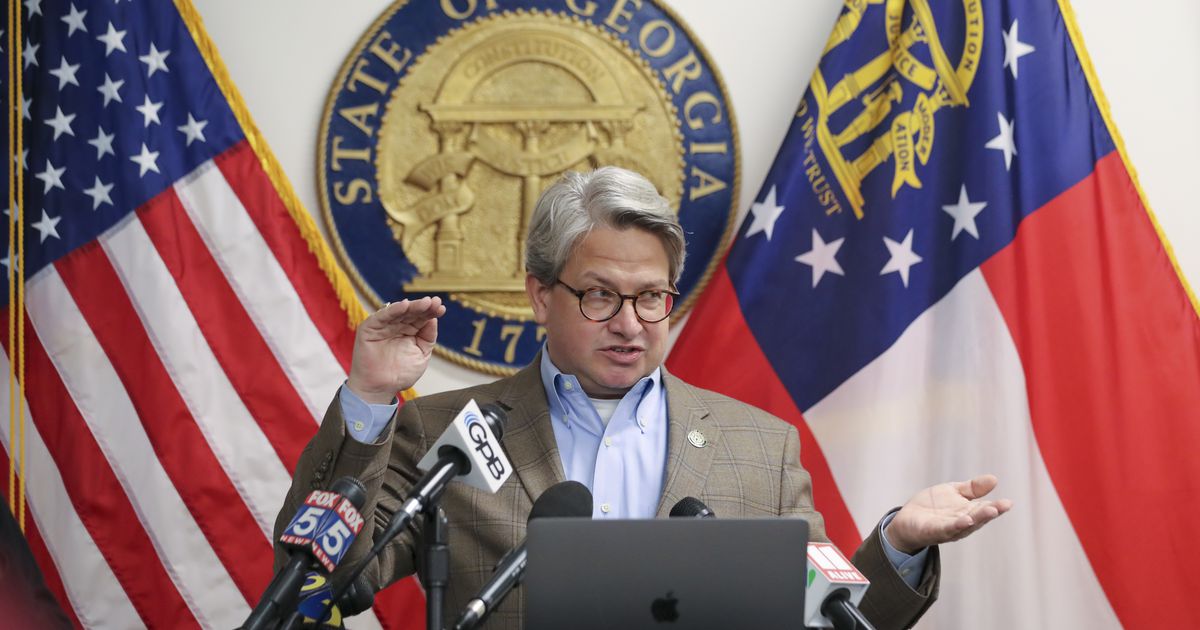 Going into election day, Democrats had a 385,000-vote advantage in the Perdue-Ossoff race, primarily from absentee ballots, according to preliminary results. Republicans made up about 358,000 votes to narrow that gap on Tuesday. The Democratsâ€™ lead could widen, though, as more absentee ballots from metro Atlanta counties are tallied.

Voters from each party responded to get-out-the-vote efforts backed by roughly half a billion dollars in fundraising for the four candidates, said Gabriel Sterling, Georgiaâ€™s voting system manager. Turnout on Tuesday exceeded Nov. 3 totals in most counties, both urban and rural.

â€œThis blows every turnout model away,â€ said Sterling, a Republican. â€œThere was a real big push to get people out on the last day. But the Democrats did a very good job of banking their votes early and using the (early voting) options that have been available to Georgians for over a decade.â€

In heavily Democratic precincts, election day turnout was up 22% over Election Day in November, according to an analysis by Fraga. In heavily Republican precincts, turnout increased by 29% over the presidential election â€” a strong showing but short of what the GOP needed.

Black voters made up 31% of total early voting turnout, according to state election data, more than their 30% share of the stateâ€™s registered voters. Election day demographic data wasnâ€™t immediately available.

â€œGeorgia is a battleground state thanks to the relentless work done toward investing in and turning out voters of color,â€ said Nse Ufot, CEO of the New Georgia Project, a voter registration organization. â€œWe are undoing a history of voter suppression and injustice in Black and brown communities.â€

In all, over 4.4 million people voted in the Senate runoffs, less than the 5 million voters in the general election. While runoff election day turnout was higher than in November, early and absentee turnout was lower.

The Republican Senate candidates received about 63% of the election day vote, and the Democratic candidates won 56% of the larger early and absentee vote.