Trump puts pressure on Pence ahead of election showdown in Congress

President Trump is turning up the heat on Vice President Mike Pence on the eve of a joint session of Congress that is all but certain to certify President-elect Joe Bidenâ€™s Electoral College victory over Trump.

Pence, as vice president, will preside over the joint session, but is expected to play a mostly ceremonial role.

But Trump, in what may be his final attempt to try and reverse his presidential election defeat, is insisting that Pence has the power to overturn the election results.

“The Vice President has the power to reject fraudulently chosen electors,” the president tweeted on Tuesday morning.

Hours earlier, at an election eve rally in Georgia for the two GOP senators running in the stateâ€™s twin Senate runoff contests, Trump told the large crowd of supporters,Â “I hope Mike Pence comes through for us, I have to tell you.” 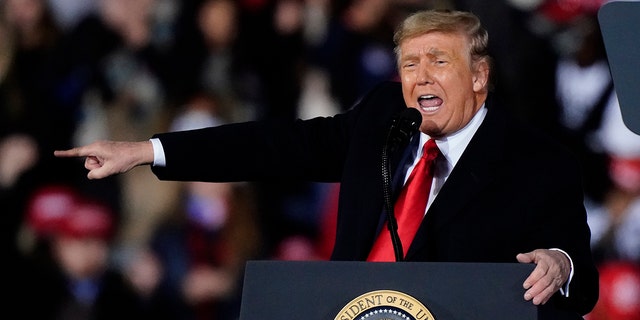 But regardless of how much the president turns up the volume on his vice president, White House officials tell Fox News that Pence will “follow the law” on Wednesday.

White House officials on Tuesday afternoon told Fox News chief White House correspondent John Roberts that the vice president “is taking a very diligent and studious approach to his job tomorrow.Â He has consulted at length with staff. He has gone through the Electoral Count Act several times. He has read legal opinions, met with the Senate parliamentarian and consulted with outside experts on the subject matter.”

But those officials add that “the vice president will follow the law.Â He will act tomorrow with fidelity to the law and the Constitution.”

Trump has repeatedly charged for two months that the presidential election was “rigged” and has claimed that there was “massive voter fraud” in a handful of battleground states where Biden narrowly edged the president, to score a 306-232 Electoral College victory over the GOP incumbent.

The president has refused to concede to the former vice president, and he and his allies filed dozens of lawsuits contesting the election that were shot down in state and federal courts, including the Supreme Court. And Attorney General William Barr told the Associated PressÂ last month, before stepping down, that “to date, we have not seen fraud on a scale that could have effected a different outcome in the election.”

Regardless, scores of Trump supporters in Congress â€“Â more than 100 House Republicans and 13 GOP senators â€“Â have said theyâ€™ll object to the certification of the election results when Congress meets on Wednesday. But theyâ€™re expected to fall far short as they attempt to raise objections to the presidential election results in states like Arizona, Georgia, Michigan, Pennsylvania, NevadaÂ and Wisconsin. The combined votes of the Democrats in Congress, as well as many Republicans who donâ€™t support Trumpâ€™s attempts to upend the election results, should be more than enough to dismiss the push by the presidentâ€™s supporters.

A federal appeals court on Saturday threw out a lawsuit brought by GOP Rep. Louie Gohmert of Texas â€“ a strong Trump supporter â€“ that aimed to allow the vice president to give the election to Trump during the congressional joint session.

As spelled out in the 12th Amendment to the U.S. Constitution, the vice president presides over the Senateâ€™s electoral vote count, tallying the numbers. But Gohmert had sued Pence in federal district court to try and give the vice president more powers to strip some states of their slate of Biden electors and replace them with Trump electors.

Late Saturday night Marc Short, the vice presidentâ€™s chief of staff, said in a statement that Pence “shares the concerns of millions of Americans about voter fraud and irregularities in the last election.” 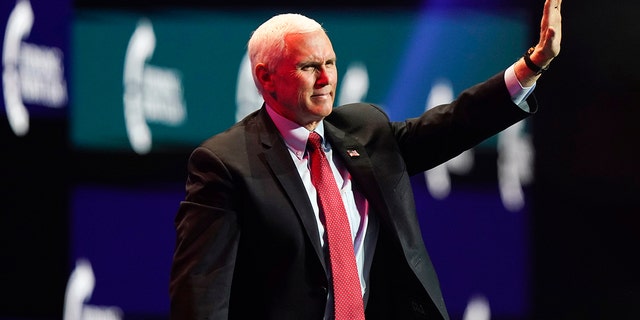 “The vice president welcomes the efforts of members of the House and Senate to use the authority they have under the law to raise objections and bring forward evidence before the Congress and the American people on Jan.Â 6,” Short said.

But as reiterated by White House officials on Tuesday, thereâ€™s no expectation that the vice president will deviate from his ceremonial role during the joint session.

Apparently undeterred, Trump said on Monday night at the rally in Georgia that Pence “is a wonderful man and a smart man and a man that I like a lot but he’s going to have a lot to say about it.”

“You know one thing with him. You’re going to get straight shots. He’s going to call it straight,” the president added.

Fox News is also being told that Pence may not stay as the presiding officer for the entire joint session of Congress.

Officials at the Capitol tell Fox News congressional correspondent Chad Pergram that Pence may depart, especially if the sessions go deep into Wednesday night as each chamber hears the election objections raised by the lawmakers backing Trump.

If that happens, itâ€™s possible that Republican Sen. Chuck Grassley of Iowa, as president pro tempore of the Senate, would temporarily preside over the Senate debate.