Trump claims he and Pence agree on VP's election authority 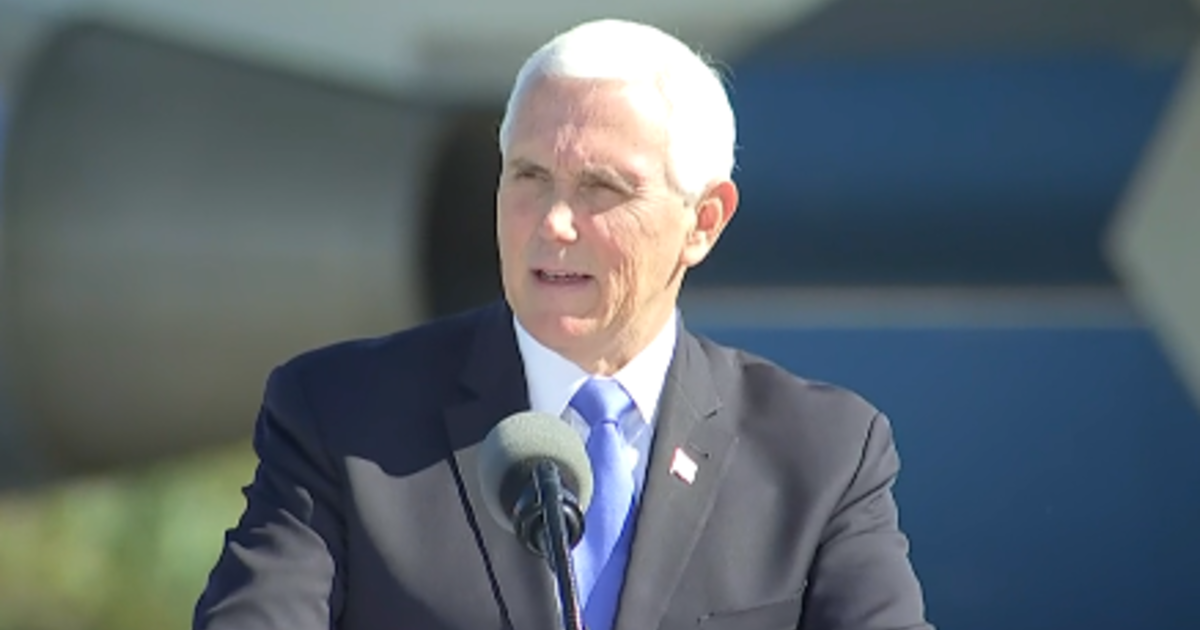 President Trump claimed in a statement on Tuesday night he and Vice President Mike Pence are in “total agreement” on the vice president’s authority regarding the Electoral College count, after multiple news outlets reported Pence told Mr. Trump he lacks the power to alter the election results.Â

Mr. Trump, in a statement issued by the Trump campaign, claimed he and Pence are on the same page. Pence has not issued such a statement independently. Â

Earlier Tuesday, Mr. Trump had tweeted a false claim that “the vice president has the power to reject fraudulently chosen electors.”

Mr. Trump hinted that he hoped Pence would help on Monday, when he held a rally for Senator Kelly Loeffler and David Perdue.Â

“I hope Mike Pence comes through for us,” Mr. Trump said on Monday night. He also tweeted on Tuesday that the vice president Â “has the power to reject fraudulently chosen electors.” There is no evidence the electors were chosen fraudulently, and the 12th Amendment suggests that Pence’s powers are really more ceremonial. He “shall, in the presence of the Senate and House of Representatives, open all the certificates, and the votes shall then be counted.”Â  Â

This is a developing story and will be updated.Â

'We are listening to Trump': New Yorker reporter's video shows disorganized but destructive US Capitol rioters

'We are listening to Trump': New Yorker reporter's video shows disorganized but destructive US Capitol rioters