The stock market hasn’t gotten off to the best of starts in 2021, and Tuesday morning didn’t bring a return to the unfettered positive momentum that investors got throughout the last nine months of 2020. After climbing early in the morning session on more optimistic sentiment from market participants, stock benchmarks gave up ground to trade mixed. Just before 11:30 a.m. EST, the Dow Jones Industrial Average (DJINDICES:^DJI) was down 24 points to 30,200. However, the S&P 500 (SNPINDEX:^GSPC) gained 2 points to reach 3,702, and the Nasdaq Composite (NASDAQINDEX:^IXIC) was higher by 39 points to hit 12,737.

Yet even with the stock market offering lackluster performance, there were a couple of stocks that impressed investors on Tuesday. Both fuboTV (NYSE:FUBO) and Skillz (NYSE:SKLZ) have posted strong past returns, with Fubo nearly quadrupling in 2020 and Skillz delivering a double. Yet stock market investors seem to think the two companies have a lot further to run. Let’s look at what’s sending these two stocks higher Tuesday and what their prospects could be for a double in 2021. 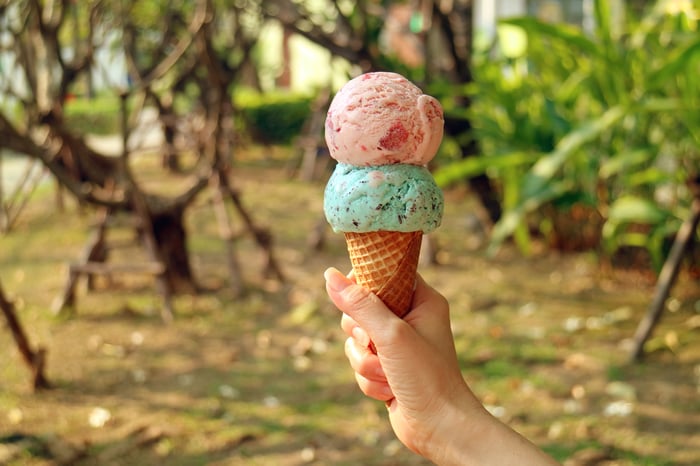 Shares of fuboTV were higher by 21% on Tuesday morning. The news came after the television streaming specialist reported key preliminary results for the fourth quarter of 2020, encouraging shareholders that the company has sustained the upward momentum in its business.

The numbers were impressive. Fubo said that it expects paid subscriber counts to come in above 545,000. That’s higher by 72% from where Fubo was at the end of 2019, and it easily topped the company’s past expectations to finish the year with 500,000 to 510,000 subscribers.

Fubo’s revenue showed similar outperformance. The company projected that fourth-quarter sales will be between $94 million and $98 million, representing growth of 77% to 84% from the same period the year before. Fubo has previously projected sales of just $80 million to $85 million.

However, it took that big a move just to get Fubo stock back into positive territory for 2021, because the shares plunged on the first trading day of the year. The company has faced criticism from stock analysts who question its growth projections and the accounting metrics it has offered. Also, not everyone is convinced that Fubo’s recent acquisition of online fantasy sports specialist Balto Sports will produce the boost to its business that it hopes to see.

Nevertheless, Fubo’s stock jumped above $60 per share in late December before correcting violently downward. All it would take is for the streaming TV specialist to get back to those levels to produce a double for 2021, and if Fubo can keep producing strong numbers and work toward becoming profitable, that’s well within reach.

Betting on a big win

Elsewhere, shares of Skillz climbed 10%. Investors are getting used to the mobile game platform provider trading under its own name, and many see a lot of potential for the company’s future.

Skillz came public through a merger with special-purpose acquisition company Flying Eagle Acquisition in December. The stock jumped as high as nearly $24 per share immediately after the transaction was completed before giving up ground to finish 2020 at $20. Like many SPACs and SPAC-spawned companies, Skillz started out 2021 with a sizable drop of 9% on Monday.

Yet investors like what they’re seeing out of the esports mobile gaming realm. Skillz gives would-be game developers the opportunity to get their products onto its platform quickly and efficiently, and the company has seen revenue soar in 2020. Bulls are hopeful that Skillz can duplicate the results of fantasy sports betting giant DraftKings (NASDAQ:DKNG), which was up 335% in 2020 after using the SPAC route to come public as well. With DraftKings trading above $45 per share, a similar move higher would deliver another double to Skillz shares in 2021.

Don’t bet the farm on a double

As much as seeing share prices double is a sign of success, you shouldn’t take for granted that even the best stocks in the market will rise 100% in a single year. 2020 was extraordinary for its big gainers, but the real question is whether these businesses can thrive over many years to come. If they do, then whatever performance Skillz and fuboTV deliver in 2021 could be just the beginning for long-term investors.

Donald Trump leaves as he arrived, minus his microphone