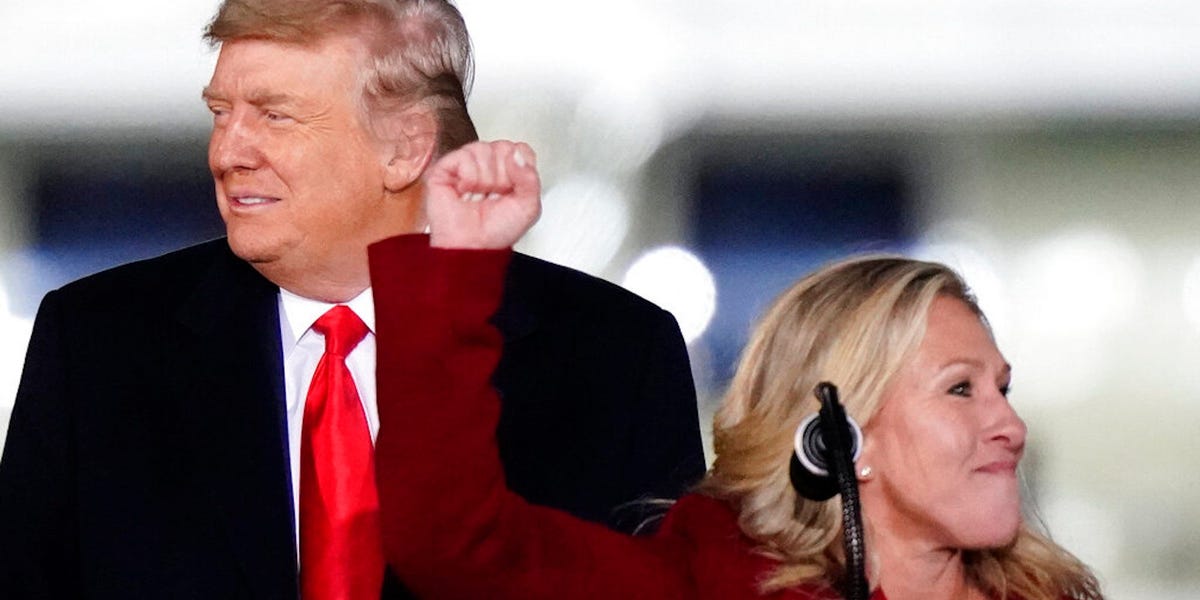 In a tweet, newly-elected Georgia congresswoman Greene said she travelled to the rally on Air Force One with the president Monday. She was called on stage by Trump during the rally.Â

In her her speech, Taylor urged voters to back Loeffler because of the candidate’s pledge to object to the certification of President-elect Joe Biden’s win in a Senate vote on January 6.

She also cited Loeffler’s support for Trump’s groundless claims the election was stolen from him as a result of mass fraud.Â

“This is why you have to turn out tomorrow, right? We have to save America and stop socialism,” said Greene.

She then focused her attacks on Loeffler’s rival, Raphael Warnock, a pastor at Atlanta’s Ebenezer Baptist Church, whom she said “preaches abortion from the pulpit.”Â

“He’s preaching murder of God’s creation in the womb while holding a Bible in his hand.”Â

Warnock’s pro-abortion rights stance aligns him with many Democrats, but is unusual for a pastor and has led to criticism from other preachers in Black communities in the state, reported the Savannah Morning News.Â

Greene is the first open backer of the QAnon conspiracy theory to be elected to Congress, and is one of the the most adamant backers of Trump’s election fraud claims. She has also in the past disputed the reality of the 9/11 terror attacks, and attacked the Black Lives Matter movement.Â

Loeffler has for months courted the support of elements of the GOP far right in her bid for reelection, brandishing Greene’s endorsement on the campaign trail.

The two campaigned together ahead of Greene’s victory in November, while the closeness of Loeffler’s race led to the January 5 runoff.

Loeffler has been accused of associating with other right-wing extremists during the campaign, with the candidate denying she was aware of the identity of a former KKK leader she posed alongside in a picture in December.Â

Believers in the QAnon conspiracy theory hold that a cabal of child abusing Democrats and “deep state” agents secretly control world events, and there is considerable overlap between the movement and Trump’s core supporters.Â