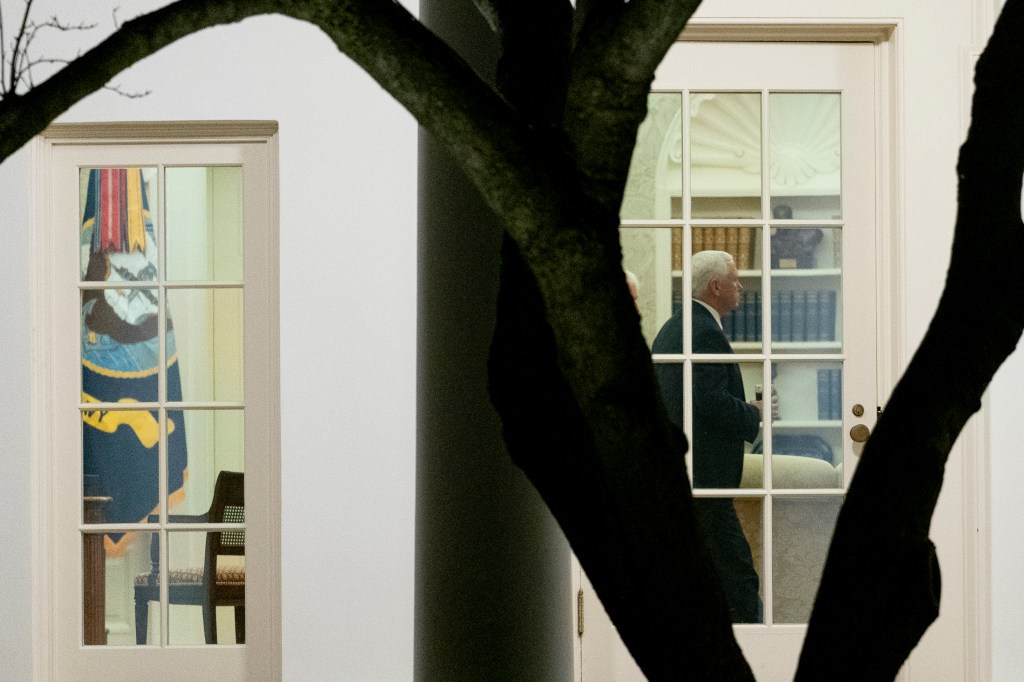 Vice President Mike Pence on Tuesday told President Donald Trump that he does not have the authority to block certification of President-elect Joe Bidenâ€™s win when Congress meets to count electoral votes, sources told CNN.

Trump, who already had turned up the pressure on Pence to steal the election, warned him that it would be politically â€œdamagingâ€ for Pence to refuse to block certification, according to a source familiar with the conversation.

Pence gently informed Trump during the meeting that the power doesnâ€™t exist for him to derail the process, the source added.

The vice president went on to tell Trump there are outliers saying that the authority exists, but Pence has been told by the White House Counselâ€™s Office he doesnâ€™t have that authority, according to this source who was briefed on the conversation. The meeting at the White House came after Pence met with the Senate parliamentarian earlier this week to go over his role in the proceedings.

The New York Times was first to report on Penceâ€™s message to the President.

Sources told CNN that the vice president is expected to make statements supportive of Trumpâ€™s efforts to contest the results while baselessly alleging the results are fraudulent.

A senior Trump adviser added Pence could take on a more aggressive posture than whatâ€™s been anticipated and said the vice president is likely to avoid an overly robotic performance that would anger Trump and his political base.

â€œHeâ€™s not going to be a wallflower,â€ the adviser said.

Pence left the White House at about 8 p.m. ET Tuesday, signaling he wonâ€™t watch the returns from the Georgia US Senate runoff races with Trump.

The absence of a viewing party may be more in line with the current state of their relationship, given Trumpâ€™s building frustration with Pence over his role â€” or lack of â€” in Wednesdayâ€™s proceedings. Pence and Trump dined together earlier Tuesday as officials are bracing themselves for Trumpâ€™s reaction to the congressional certification.

The adviser still said itâ€™s unlikely Pence will veer from his constitutional role during the proceedings and attempt to tilt the election toward Trump, something the vice president cannot do even if he tried.

â€œHe might say he doesnâ€™t have the power to do certain things,â€ the adviser said, anticipating that Pence is expected to explain the constitution allows him to only go so far in channeling Trumpâ€™s feelings about the election.

In the meantime, a source close to Senate GOP leadership and familiar with the thinking inside Senate Majority Leader Mitch McConnellâ€™s orbit said the prevailing view is that Penceâ€™s role is â€œceremonialâ€ and nothing more.