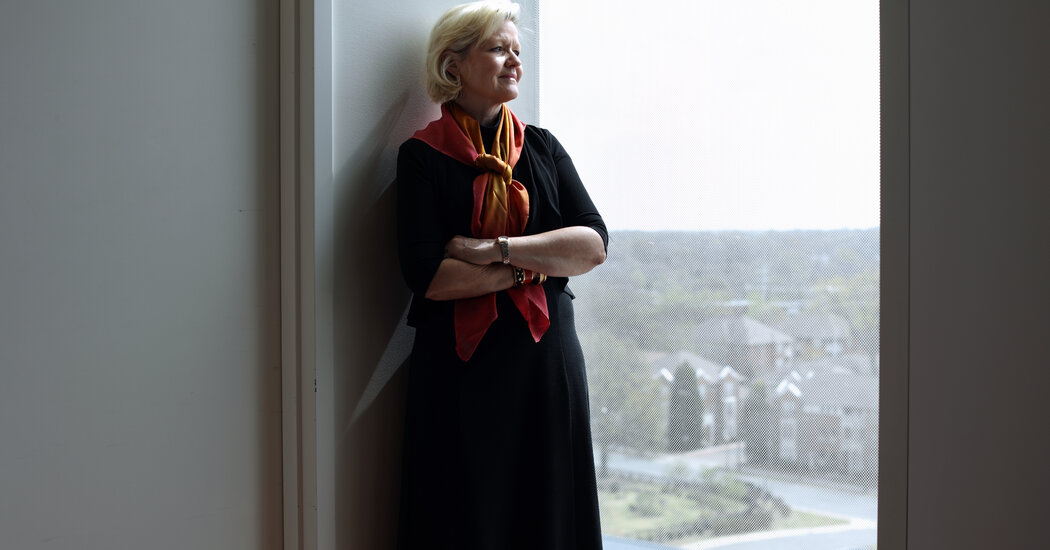 A lawyer advising President Trump in recent weeks has resigned from her law firm after it was revealed that she participated in the call where Mr. Trump pressured Georgia officials to help him reverse the stateâ€™s election results, the firm said in a statement on Tuesday.

The lawyer, Cleta Mitchell, has been advising Mr. Trump despite a policy at her firm, Foley & Lardner, that none of its lawyers should represent clients involved in relitigating the presidential election.

â€œCleta Mitchell has informed firm management of her decision to resign from Foley & Lardner effective immediately,â€ the firm said in its statement. â€œMs. Mitchell concluded that her departure was in the firmâ€™s best interests, as well as in her own personal best interests. We thank her for her contributions to the firm and wish her well.â€

Ms. Mitchellâ€™s resignation was the latest evidence of the problems Mr. Trump has created for law firms throughout his time in office, as their employees and clients object to ties with the president.

In an email to her clients and friends, Ms. Mitchell blamed her departure on â€œa massive pressure campaign in the last several days mounted by leftist groups via social media and other means against me, my law firm and clients of the law firm.â€ She vowed to â€œredoubleâ€ her efforts on what she called â€œelection integrity.â€

The firm had begun to distance itself from her shortly after the call was first reported by The Washington Post on Sunday. As Mr. Trump has made increasingly specious claims about the election, he has been unable to attract high-profile, establishment lawyers to back his cause.

Ms. Mitchell was among several Trump aides who joined him on the call on Saturday, in which Mr. Trump vaguely threatened Georgiaâ€™s secretary of state, Brad Raffensperger, with â€œa criminal offenseâ€ as he pressured him to â€œfindâ€ enough votes to change the stateâ€™s presidential results.

Ms. Mitchell has represented far-right groups and conservatives for many years. She served on the board of the National Rifle Association and represented Tea Party groups that claimed they were illegally targeted by the Internal Revenue Service.

On Sunday, in the hours after Ms. Mitchellâ€™s participation on the call, the anti-Trump group the Lincoln Project questioned on Twitter why clients like Major League Baseball would be associated with a firm that employed someone seeking to overturn the election.

In Ms. Mitchellâ€™s email to her clients and friends, she thanked Foley & Lardner for supporting her political practice â€œall these years despite ongoing assaults through the years against me, my clients and my work.â€

â€œWith the ever more brazen attacks on conservatives and, most especially, anyone who supports and wants to help President Trump,â€ she wrote, â€œI realize that a large national law firm is no longer the right platform for me or my law practice.â€

She repeated her baseless claims of voter fraud.

â€œElection integrity is something I have been quite passionate about for many, many years,â€ she added. â€œThat was and remains my goal in trying to get to the truth about the Georgia election results. Those who deny the existence of voter and election fraud are not in touch with facts and reality.â€

Since the first year of Mr. Trumpâ€™s administration, his disregard for norms, the law and ethics have made it difficult for him to attract top legal talent from established firms. During the special counselâ€™s investigation of the Trump campaignâ€™s ties to Russian election interference, several firms told their top white-collar lawyers that if they wanted to represent the president, they would have to quit.