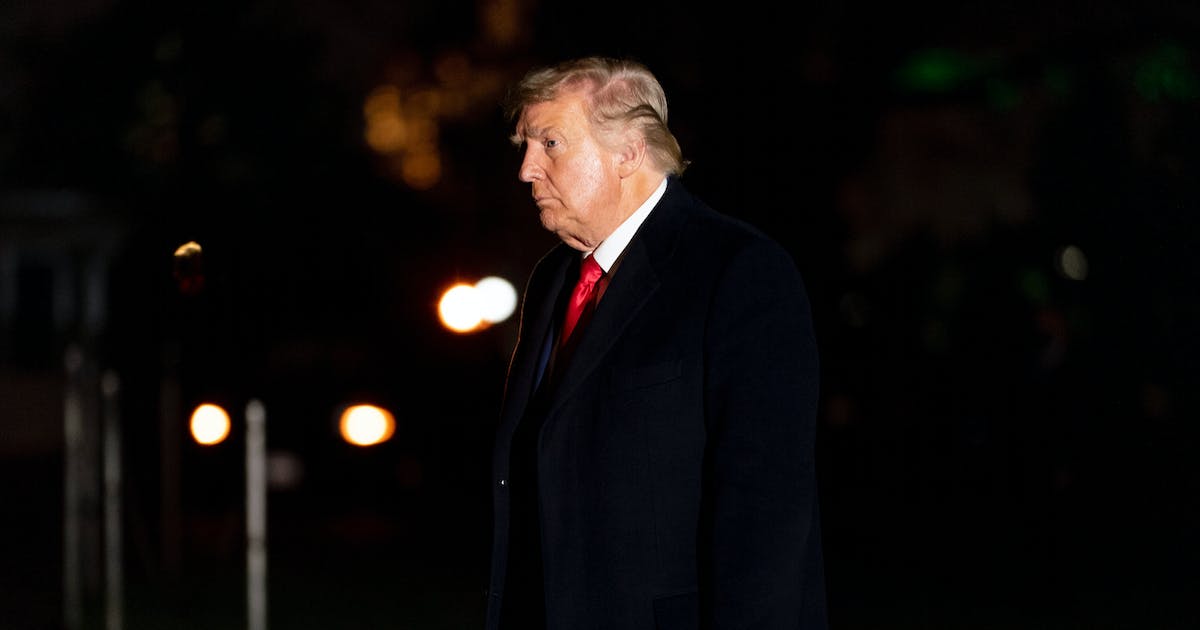 ATLANTA â€” A federal judge rejected President Donald Trump’s latest bid to overturn his election loss in Georgia during a hearing Tuesday that the president’s lawyer blocked members of the public from listening to remotely amid the coronavirus pandemic.

U.S. District Judge Mark H. Cohen ruled from the bench to deny a motion seeking to de-certify Georgia’s election. But only those present in the courtroom were able to watch the hearing held via videoconference because Trump’s lawyer did not consent to remote access for the public, the judge’s staff said.

Officials across the country have routinely allowed members of the media and the public to watch or listen to legal proceedings remotely throughout the coronavirus pandemic to keep people from packing courthouses.

An email seeking comment was sent to Trump’s attorney after the hearing.

The ruling in a last-ditch lawsuit filed by Trump last week is the latest in a string of legal defeats the president has suffered in his futile attempt to undo Democrat Joe Biden’s victory.

It comes a day before Congress meets to count the Electoral College votes affirming Biden’s win. In a phone call made public on Sunday, Trump pressured Georgia Secretary of State Brad Raffensperger to “find” enough votes to reverse the state’s election outcome.

The lawsuit recycles baseless claims of “illegal voting” that have already been flatly rejected by courts across the country. Lawyers representing Georgia blasted the case, saying in court documents that “a barrage of allegations and suits does not undermine the facts and should not undermine our democracy.”

Judges have denied or dismissed dozens of cases backed by Trump and his allies, who have pushed unsupported charges of widespread fraud in battleground states.