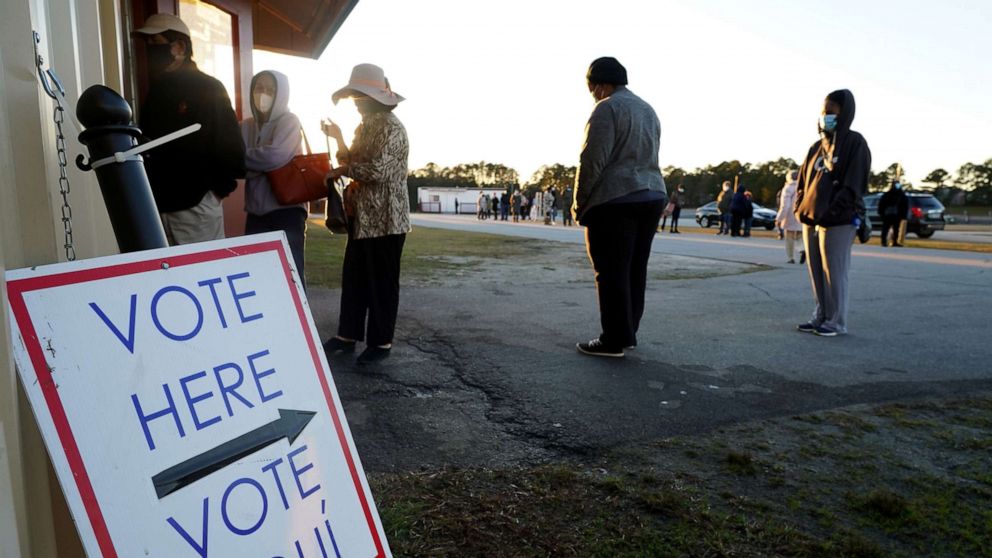 The dual runoff elections will decide which party controls the Senate.

Both of Georgia’s Senate races advanced to runoff elections on Jan. 5 after no candidate was able to secure more than 50% of the vote in the general election, which is what must happen in order to win an election outright in Georgia.

The races between GOP Sen. David Perdue and Democrat Jon Ossoff and GOP Sen. Kelly Loeffler and the Rev. Raphael Warnock will determine which party controls Congress’ upper chamber. If Democrats win both seats, each party will have 50 senators, but Vice President-elect Kamala Harris will be the tie-breaking vote for Democrats.

On the campaign trail, Democrats have framed these races as being critical to accomplishing President-elect Joe Biden’s legislative agenda, while Republicans have urged their voters to get to the polls so the GOP can have a “firewall” in the Senate.

Former business executive and first-term incumbent Perdue, a Republican, is facing Democrat Ossoff, a media executive and investigative journalist who has never won elected office before. He was first thrust into the national spotlight during his unsuccessful bid to represent Georgia’s 6th Congressional District in a 2017 special election, which became the most expensive campaign for the House of Representatives in history.

In the other runoff, which is a special election to finish out retired Sen. Johnny Isakson’s term, appointed Sen. Loeffler, a former financial executive and longtime Republican donor, is hoping to be elected to her seat by Georgia voters for the first time. She must fend off a challenge from Warnock, the senior pastor at Atlanta’s storied Ebenezer Baptist Church, the former pulpit of the Rev. Martin Luther King Jr.

The stakes of the two races couldn’t be higher and the candidates’ campaigns and incredible record-breaking fundraising highlight how seriously each party took their respective campaigns.

Both Perdue and Loeffler and Ossoff and Warnock mostly campaigned as joint tickets. During events, Perdue has called Loeffler his “running mate” and Ossoff has called Warnock his “brother.” Between mid-October and mid-December, the four candidates’ campaign committees brought in a combined $346 million.

Vice President Mike Pence headlined rallies for the GOP senators multiple times across the state and President Donald Trump did twice, including on the eve of the election. Both Biden and Harris also campaigned for Ossoff and Warnock. Former President Barack Obama participated in a virtual event for the Democrats as well.