Cruz-led group to object to certification of election results in at least one state, push electoral commission 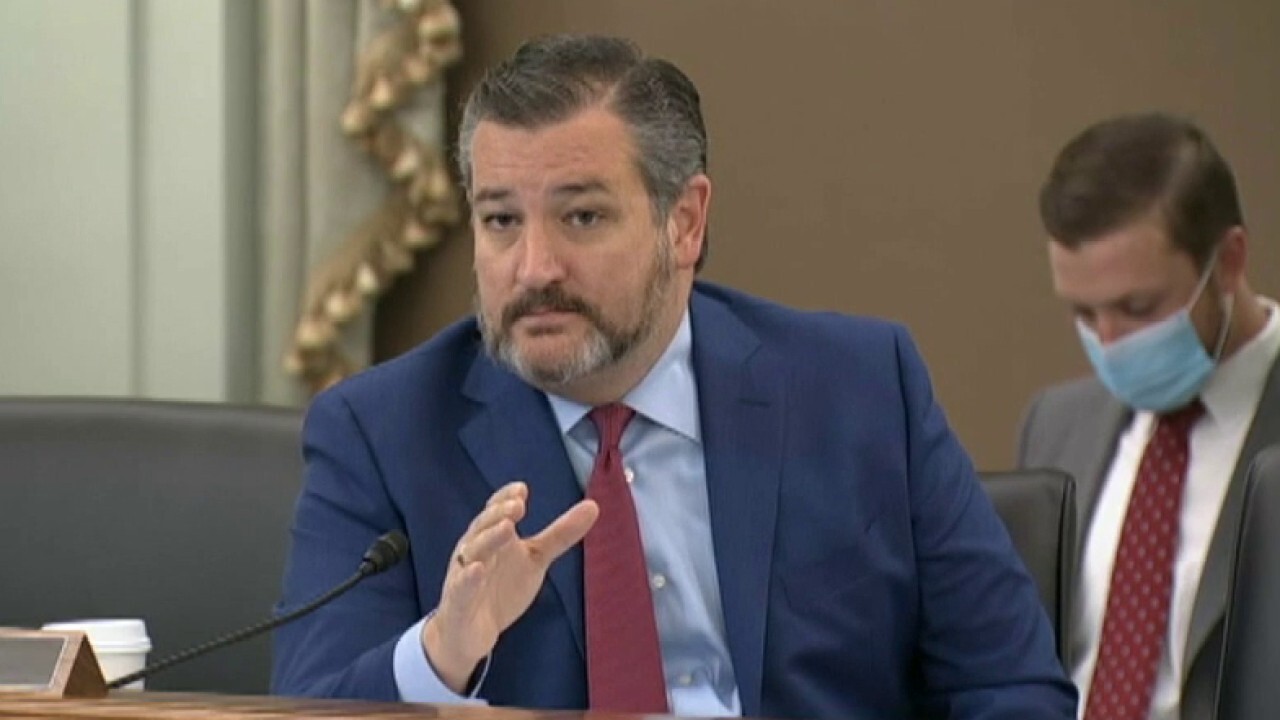 EXCLUSIVE: The group of Senate Republicans led by Ted Cruz will object to the certification of presidential election results in at least one state on Jan. 6, with a source telling Fox News that it is not a question of “if” the senators will object, but one of “which” states, and “how many.”

“Itâ€™s not a question of if objections to disputed statesâ€™ electors will be raised, itâ€™s a question of which and how many,” the source told Fox News Monday.

“The group is committed to pushing the electoral commission here to get the facts,” the source said.

Another GOP aide told Fox News that the group led by Cruz continuedÂ to discuss their plans on a call this evening, but no decisions have yet been made.Â

Cruz on SaturdayÂ assembled a group of 11 Republican senatorsâ€”Sens. Ron Johnson ofÂ Wisconsin; James Lankford ofÂ Oklahoma; Steve Daines of Montana; John Kennedy of Louisiana; Marsha Blackburn of Tennessee,Â and Mike Braun of Indiana; as well as Sens.-elect Cynthia Lummis of Wyoming; Roger Marshall ofÂ Kansas; Bill Hagerty ofÂ Tennessee, and Tommy Tuberville of Alabamaâ€” announcing that they would object to the certification of the Electoral College results unless there was an emergency 10-day audit of the results by an electoral commission.

A source familiar told Fox News Monday that Cruz came up with the idea last Thursday, New Yearâ€™s Eve, in light of questions surrounding the 2020 presidential election, and that Cruz worked to find a way for Congress to address the claims that was “consistent with the Constitution.”

Fox News has learned that Cruz first raised his idea to establish a commission to Sen. John Kennedy, R-La., on Friday, and then spent the next 24 hours on the phone, personally texting and emailing with various Republican senators and senators-elect.

The sources also told Fox News that those conversations continued into early Saturday morning, when the announcement was made.

Fox News has also learned that Cruz has been leading conference calls with the coalition of Senate Republicans and is in ongoing communication with them, in between trips to Georgia ahead of the stateâ€™s Senate runoff elections on Tuesday.

By Saturday, Cruz and the group of Republican senators released a statement, which Fox News has learned was written personally by Cruz, calling onÂ Congress to appoint a commission to conduct a 10-day emergency audit of the election returns in states where the results are disputed. They cite as precedent the 1877 race between Samuel TildenÂ and Rutherford Hayes in whichÂ there were allegations of fraud in multiple states.

“In 1877, Congress did not ignore those allegations, nor did the media simply dismiss those raising them as radicals trying to undermine democracy,” the lawmakers said in the statement. “Instead, Congress appointed an Electoral Commission — consisting of five Senators, five House Members, and five Supreme Court Justices — to consider and resolve the disputed returns.

“We should follow that precedent.Â To wit, Congress should immediately appoint an Electoral Commission, with full investigatory and fact-finding authority, to conduct an emergency 10-day audit of the election returns in the disputed states. Once completed, individual states would evaluate the Commissionâ€™s findings and could convene a special legislative session to certify a change in their vote, if needed.”

If that doesn’t happen, the senators intend to vote against certification.

“Accordingly, we intend to vote on January 6 to reject the electors from disputed states as not â€˜regularly givenâ€™ and â€˜lawfully certifiedâ€™ (the statutory requisite), unless and until that emergency 10-day audit is completed,” they saidÂ in the statement.

Cruz, on Fox Newsâ€™ “Sunday Morning Futures,” said that each member of Congress “faces a dilemma.”

“Look, weâ€™ve got a vote on January 6 on certification, and every member ofÂ Congress faces a dilemma, frankly two pretty lousy choices,” Cruz said. “Thatâ€™s why when in assembling this group of 11 senators, I was looking for a third option. An option that was really moored in the law.

“What Iâ€™m arguing for is Congress ought to do the same thing,” Cruz continued. “We ought to have a fair inquiry, a fair audit into these results, and we and we ought to resolve these claims â€“ not just dismiss them out of hand.”

As for states Cruz and the group of senators could object to, a source familiar told Fox News that discussions are ongoing.Â Another source told Fox News that the senators have been engaged in numerous phone calls and conference calls, but said that “no conclusions” had been reached.

Meanwhile, last month, Sen. Josh Hawley, R-Mo., became the first Republican senator to commit to objecting to the election results, and specifically said he would do so in at least one state â€“Â Pennsylvania.

And two sources told Fox News on Sunday that Sen. Rand Paul, R-Ky., separatelyÂ may object to at least one state during the joint session, but it is unclear, at this point, which state, if any, that may be.

LOEFFLER TO OBJECT TO CERTIFICATION OF PRESIDENTIAL ELECTION RESULTS

Paulâ€™s office did not immediately respond to Fox Newsâ€™ request for comment.

The issue of Electoral College certification, though, is not being whipped by Senate Republican leadership, meaning they areÂ not driving the Republican conference in a certain direction. As previously reported, Senate Majority Leader Mitch McConnell, R-Ky., has referred to this as a “vote ofÂ conscience.”

Meanwhile, a bipartisan group of senators on SundayÂ said efforts to object to the Electoral College results this week by Republicans only will “undermine” confidence in the 2020 election.

President Trumpâ€™s campaign has launched a number of legal challenges, while Trump himself has urged states with Republican governors and legislatures to overturn Joe Bidenâ€™s victories.

While the Trump campaign has challenged the results in dozens of lawsuits, judges in multiple states have shot them down. Attorney General William Barr told the Associated PressÂ last month that “to date, we have not seen fraud on a scale that could have effected a different outcome in the election.”