With a pair of crucial Senate runoff elections and Congress set to formally receive the Electoral Collegeâ€™sÂ 2020 presidential votes this week, 7 out of 10 Republicans believe that Novemberâ€™s presidential election was inaccurately certified, according to preliminary numbers from the Fox News Voter Analysis.

Almost all Democrats, 98% of them, believe the results were handled fairly. 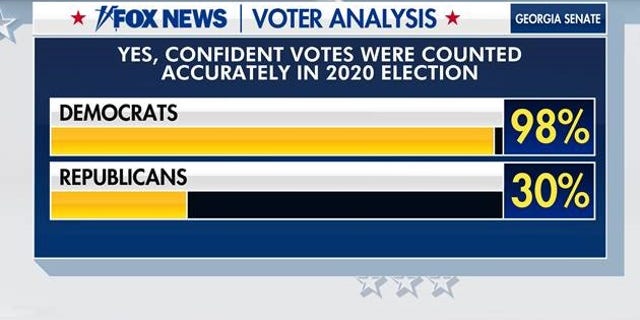 Among all voters in Georgia, where two runoff elections Tuesday will determine which major party controls the Senate, 61% believe Joe Biden was legitimately elected president â€“ and 39% do not. 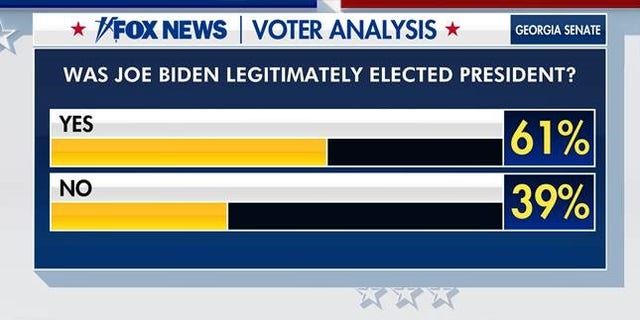 The survey of more than 4,000 GeorgiansÂ was conducted for Fox News by NORC at the University of Chicago.

All 50 states have certified their 2020 election results, and numerous court challenges from the Trump campaignÂ have failed.

LOEFFLER TO OBJECT TO CERTIFICATION OF PRESIDENTIAL ELECTION RESULTS

Polls closed in Georgia at 7 p.m. ET. Republican incumbent Sens. David Perdue and Kelly Loeffler are seeking to fend off Democratic challenges from Jon Ossoff and the Rev. Raphael Warnock, respectively. The GOP needs to retain at least one seat to hang on to its narrow majority in the Senate. 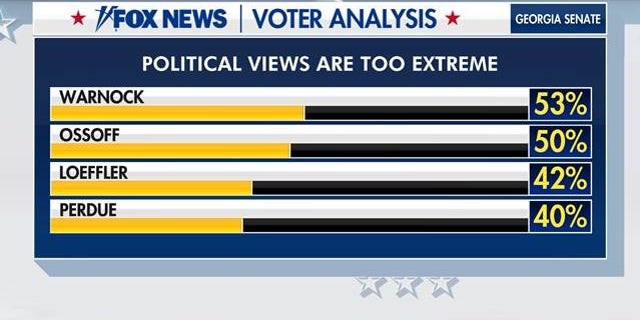 In those races, more voters see both Ossoff and Warnock as being too extreme in their political views than say the same about either Republican. Of all four, only Warnock, a minister, is viewed as “honest and trustworthy” by a very narrow majority of voters. 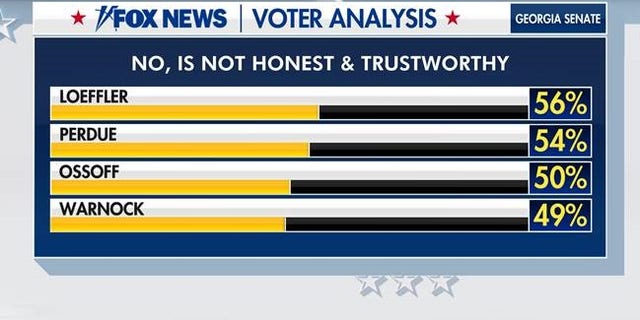 If both Democratic candidates win, the Senate will essentially become tied at 50-50, with 50 Republicans and 48 Democrats — plus the two independents who caucus with them. Vice President-elect Kamala Harris would become the potential tiebreaking vote.

A group of Republicans, including Sens. Ted CruzÂ and Loeffler,Â is expected object to the certification of presidential election results during the Jan. 6 joint session of Congress.

The FNVA is a survey of the American electorate conducted by NORC at the University of Chicago for Fox News and The Associated Press.Â The survey of about 4,000 voters in Georgia was conducted Dec. 28, 2020 to Jan. 5, 2021, concluding at the end of voting on Election Day.Â It combines interviews with a random sample of registered voters drawn from state voter files with self-identified registered voters selected using nonprobability approaches.Â The margin of sampling error for voters is estimated to be plus or minus 2.3 percentage points.