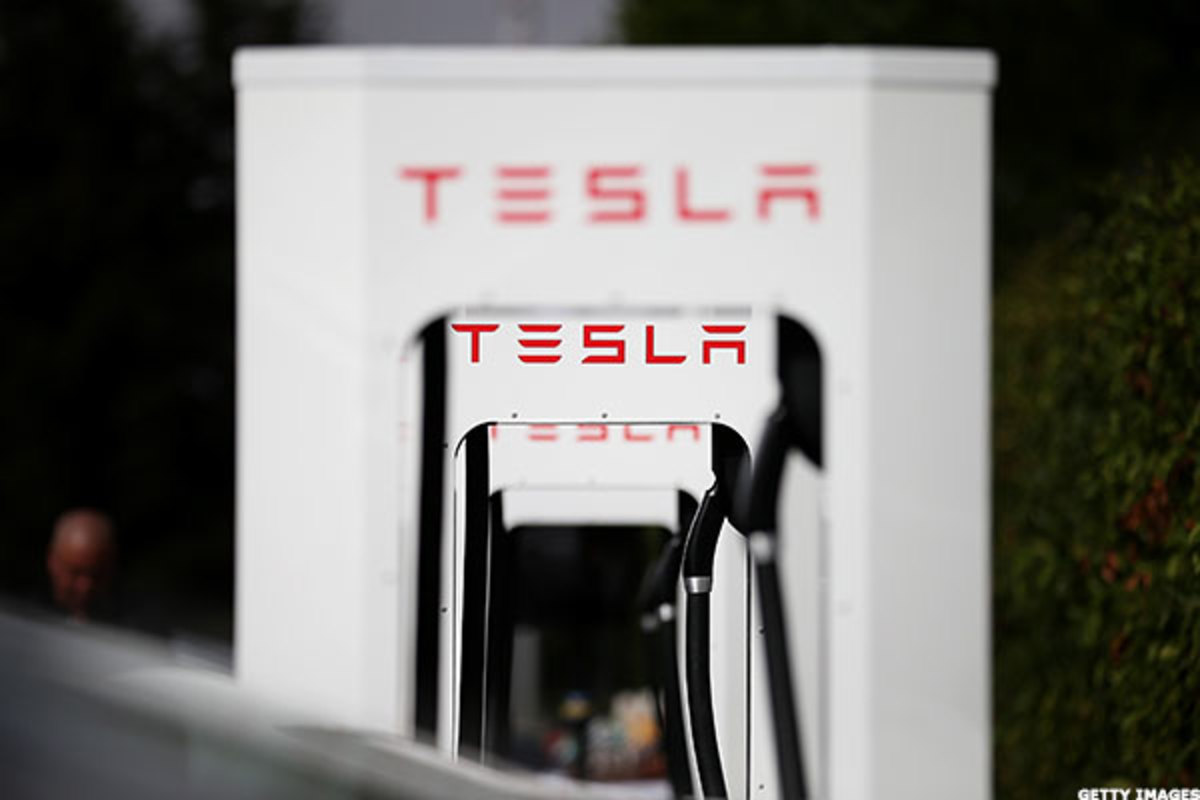 Stocks declined sharply Monday as investor optimism over the rollout of coronavirus vaccines was dashed by a climb in infections and fears of tougher restrictions and lockdowns.

Cramer said Tesla reminds him of IntelÂ  (INTC) – Get ReportÂ when it started rolling out the microprocessors. “I do believe every time Elon [Musk] opens a new market like he is about to do with his factory in Berlin, the stock would go up again. It’s really a question of do you believe in the idea of generations. My thinking is if you don’t have any you could still buy some [Tesla shares]. Don’t buy a lot but you can certainly buy some because the roadmap is clear and President Biden would do anything to make EVs the central form of public transport.”

Cramer said he bought it as an asset and not as a trade. “I’m not doing anything that I wouldn’t do with a stock which is to take my cost basis out on double. What’s worrying me is that the run came out as way. It went from being a currency to being a speculative object. The good news is not that I’ve got my costs basis out I’m going to say hold on and if it ever got back to $14000 or $18000 I would buy more.”

Cramer said there is a change going on right now. ” A lot of the stocks that people loved like OktaÂ  (OKTA) – Get Report, DolbyÂ  (DLB) – Get Report, SalesforceÂ  (CRM) – Get Report, they need to rest and instead people have to be thinking about the down and outers that must be bought. I prefer people to not buy the oils but again ChevronÂ  (CVX) – Get ReportÂ and Pioneer EnergyÂ  (PESX) – Get ReportÂ are the ones to buy.”