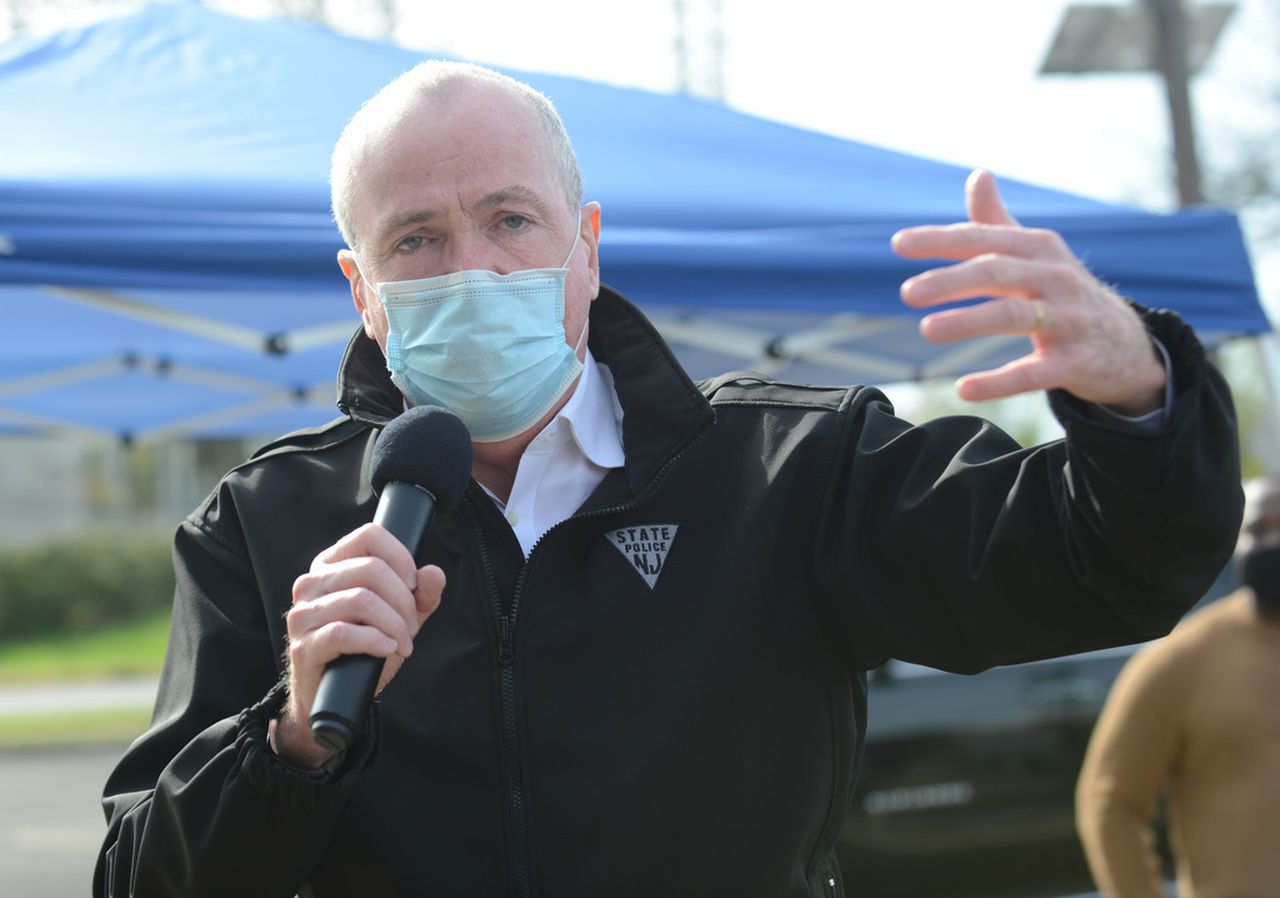 The Democratic governor, speaking at his coronavirus press briefing, said the GOP efforts to challenge Wednesdayâ€™s formal announcement at the U.S. Capitol of the electoral vote count was an effort to â€œundermine our constitutional normsâ€ and â€œoverthrow a free and fair election decided by the American peopleâ€ to re-elect Donald Trump as president.

Van Drew, who switched parties after opposing Trumpâ€™s impeachment and was re-elected in November as a Republican, said he would support GOP efforts to challenge the outcome in the battleground states that Biden narrowly won en route to 306 electoral votes and the presidency.

Murphy said Van Drew was â€œcynically siding with conspiracy theorists and throwing his fate in with the far-rightâ€™s disproven and crackpot theories.â€

â€œIf thatâ€™s the legacy Jeff wants, then, I guess â€˜it is what it isâ€™ Murphy said.

Van Drew did not respond to several requests for comment.

New Jerseyâ€™s other Republican member of Congress, 4th District Rep. Chris Smith, did not respond to several messages asking him whether he would join the challenge.

Van Drew, R-2nd Dist., previously joined a majority of House Republicans last month in supporting an unprecedented lawsuit brought by the state of Texas. Smith did not. The lawsuit asked the U.S. Supreme Court to throw out the results in four battleground states that Biden won so that Trump would be re-elected. The justices dismissed the lawsuit without even a hearing.

â€œConstitutionally, when you change the system and the way you are voting, you are supposed to have a meeting of the legislature,â€ Van Drew told Fox News last week. â€œAll these other states, any of these states that were in the Texas brief, did not do that. And that is breaking the rule of law. Unacceptable.â€

In Pennsylvania, the state Supreme Court ruled, over the objection of Republican lawmakers, that ballots postmarked by Election Day could be counted even if they arrived up to three days later. But while 10,000 ballots arrived after Election Day, Biden won the state by 80,000 votes.

Pennsylvaniaâ€™s Republican U.S. senator, Patrick Toomey, said the effort by members of his party would â€œdisenfranchise millions of voters in my state and others.â€

â€œThe evidence is overwhelming that Joe Biden won this election,â€ Toomey said in a statement. â€œHis narrow victory in Pennsylvania is easily explained by the decline in suburban support for President Trump and the presidentâ€™s slightly smaller victory margins in most rural counties.â€

Trump and his Republican allies have continued to make numerous allegations of voter fraud even as they were rejected by dozens of judges, including the U.S. Supreme Court; numerous state officials; and the Trump administration itself.

Then-Attorney General William Barr told the Associated Press Dec. 1 that â€œto date, we have not seen fraud on a scale that could have effected a different outcome in the election.â€

â€œThe voters have spoken,â€ Murphy said. â€œOur election officials have spoken. The courts have spoken. And the Electoral College has spoken. And, yet, that seemingly isnâ€™t enough for those willing to overturn an election because they just canâ€™t accept that their guy lost decisively.â€

All thatâ€™s left is for the Congress to gather on Wednesday and hear Vice President Mike Pence, the Senate president, read the electoral votes from each state.

But if at least one senator and one representative object to any stateâ€™s result, each chamber would debate the challenges separately and then vote on whether to uphold them.

A majority of each chamber would have to support a challenge for it to be successful, and since the House is controlled by Democrats, there is no chance of Biden and running mate Kamala Harris being denied the electoral votes they need to take office Jan 20.

â€œUltimately, that will prove to be the end of the story,â€ according to the report by the Voter Protection Program, a bipartisan elections group whose board includes former Gov. Christie Whitman and former state Attorney General John J. Farmer Jr., director of the Eagleton Institute of Politics at Rutgers University in New Brunswick.

Brent Johnson may be reached at bjohnson@njadvancemedia.com.

Our journalism needs your support. Please subscribe today to NJ.com.