As Pricey as It Looks Now, Airbnb Stock Will Eventually Be a Buy in 2021

I am not much of an IPO guy. However, the public debut of Airbnb (NASDAQ:ABNB) really had my attention. I love the Airbnb concept, the platform and the experience. As such, I wanted a piece of Airbnb stock on its IPO.Â

Yeah, good luck with that. Most of us couldnâ€™t get an allocation and with a hyped up IPO, we canâ€™t expect one. I didnâ€™t expect it with Airbnb and as such, I waited with the rest of the retail group for public trading.Â

Really, the stage was set for a runaway IPO price.Â

The Snowflake (NYSE:SNOW) IPO was a raging success, as was the DoorDash (NYSE:DASH) IPO. The latter debuted in the same week as Airbnb, just days before it.Â

Valued with a market capitalization of about $90 billion, now we wait.Â

Speculation is running its course in the market right now. Despite clear economic issues, the stock market is at an all-time high. Thatâ€™s okay, but there are some warning signs about the intermediate term.

For instance, Nasdaq volume continues to outpace NYSE-listed volume. The latter has some interesting optics as it relates to small-cap stocks, too.Â Pick your poison, be it the put-to-call ratio, sentiment readings or the fact that IPOs and SPACs are being bid up with no regard for price or valuation.

Iâ€™m not a perma-bear by any stretch, but I am conscious of the fact that the market can go through periods of exuberance. However, the hard part isnâ€™t deciphering that weâ€™re in a period of such, itâ€™s determining when it will end and how hard the market will react when it does.Â

Unfortunately, that is very difficult to do. In regard to Airbnb stock though, those observations will keep me on the sidelines for now.Â

What If Airbnb Stock Never Falls? 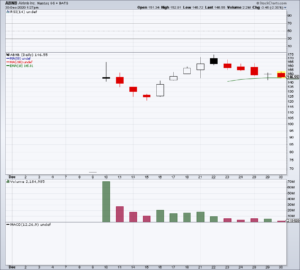 Itâ€™s completely possible that Snowflake, Airbnb stock and other high-quality new issues never come down to a reasonable level. Or at least, reasonable to us. But in my view that would be an anomaly.Â

Almost all IPOs eventually give us an opportunity. Rarely do they upsize their IPO price several times before gapping up by 100% or more and never trade back down to a more reasonable entry opportunity.Â

If thatâ€™s the case, then so be it. I will miss my opportunity in Airbnb stock, and Iâ€™m okay with that despite how much I like the company.Â

A Deeper Look at Airbnb

I like a few things about Airbnb. First, the experience is so unique. Being able to rent out rooms or entire dwellings, travelers can take temporary reprieve in apartments, condos or homes. They can stay for a weekend or several months. And I love that Airbnbâ€™s become a denominal Â â€” like Googling. â€œVerbâ€ stocks tend to have staying power.Â

I also like the growth situation here. Last year Airbnb lost $2.91 per share. Next year those losses are expected to shrink to just 72 cents per share. Revenue estimates of $3.32 billion for this year are forecast to grow to $4.5 billion next year. Two-year estimates call for $6.1 billion in revenue in 2022.

I also like that, while Airbnb faced obvious issues in late Q1 and early Q2 with vacations being canceled across the board, it quickly found its stride. Despite an 18% dip in revenue for Q3, Airbnb still churned out a profit of $219 million.Â

We are unlikely to be faced with another scenario where the world is turned upside down almost overnight. Itâ€™s also very promising that, despite the hurdles of 2020, Airbnb had a revenue decline of â€œjustâ€ 18% and still turned a profit.Â

That compares to companies like Expedia (NASDAQ:EXPE) and Booking Holdings (NASDAQ:BKNG), which reported a revenue decline of 57.7% and 47.7% in the most recent quarter, respectively.Â

There are definitely some positives here and Airbnb is a stock that I want to own. Iâ€™d love to buy the shares, tuck them back in a rarely looked at brokerage account and let the stock accumulate in value over the years.Â

First, I didnâ€™t like how unprepared for the pandemic that Airbnb was. One could argue that no company was truly prepared and thatâ€™s legitimate. But Airbnb was forced to accept poor terms in order to secure financing.

It laid off staff, took a $1 billion loan with a 10% interest rate and offered warrants to investors valuing the company at $18 billion. That was a huge drop from its prior $31 billion valuation and at about $90 billion today, shows the value that these investors were able to secure in a panic.Â

nering its unicorn status by staying private for so long â€” to be in a position to avoid these poor deals.Â

That not only speaks to being forced to â€œsell low,â€ but to a degree, also speaks to how management had been operating.Â

Thereâ€™s also the concern of valuation. While I do believe Airbnb stock deserves a premium, 27 times this yearâ€™s revenue and 20 times next yearâ€™s estimates isnâ€™t necessarily cheap. In effect, the way that Airbnb was forced to sell low, I donâ€™t want to buy high when there will likely be better opportunities down the road.Â

The Bottom Line on Airbnb

Exceptions exist when it comes to IPOs â€” like Alphabet (NASDAQ:GOOGL, NASDAQ:GOOG) for instance â€” but almost all IPOs eventually give us a better entry opportunity than the first 30 or 90 days.Â

Maybe it will be a market-wide correction or selling pressure from the lock-up expiration. Perhaps it will be a company- or industry-specific issue that weighs on Airbnb. Who knows, maybe weâ€™ll have a regular old recession.

I just think we will get a better chance at Airbnb stock than at $150-plus.Â

On the date of publication, Bret Kenwell held a long position in GOOGL.

Bret Kenwell is the manager and author of Future Blue Chips and is on Twitter @BretKenwell.