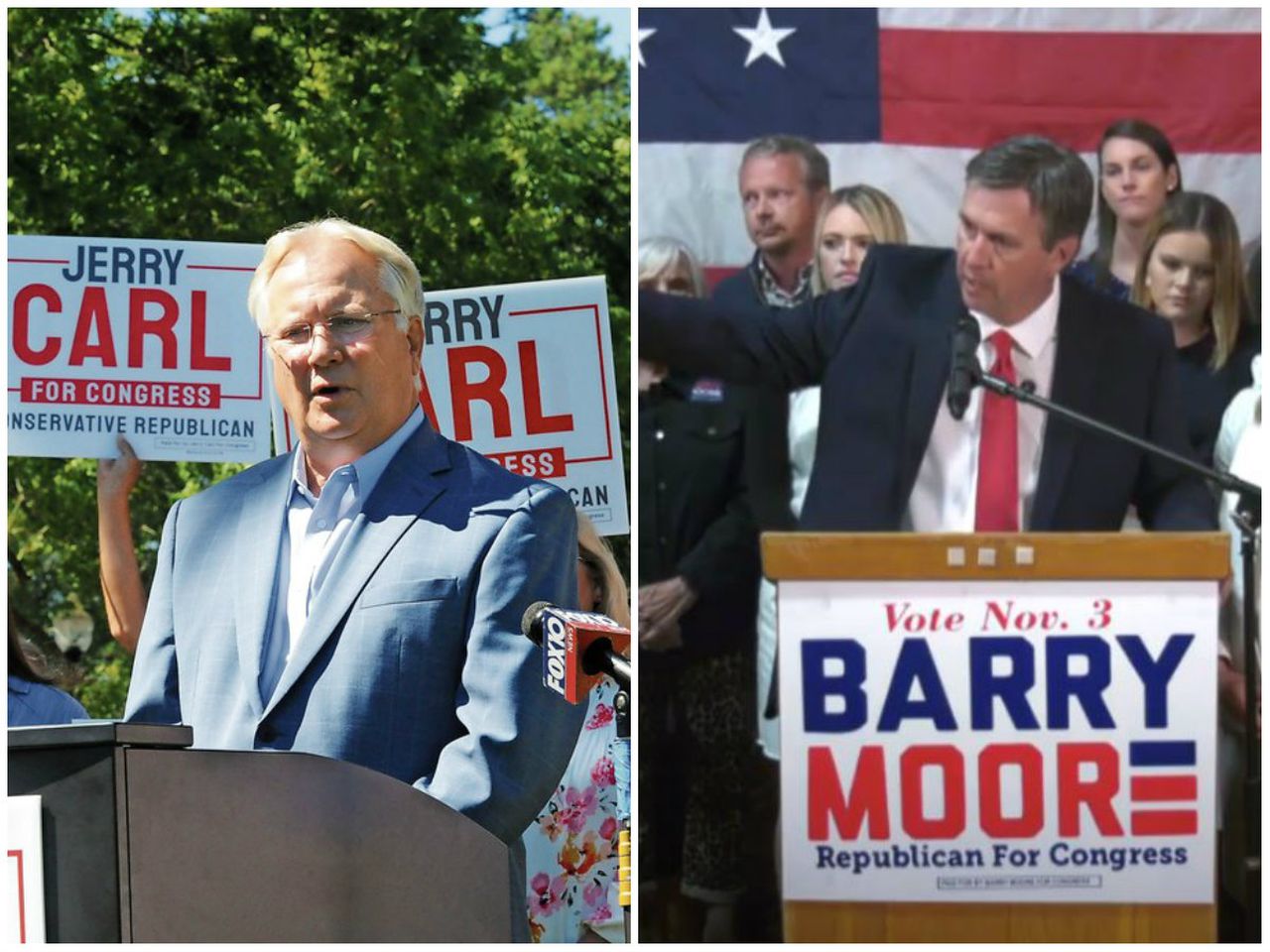 Alabamaâ€™s two freshman congressmen, three days after being sworn into office, will take to the U.S. House on Wednesday and back an effort to overturn the presidential election.

Republican Reps. Barry Moore of Enterprise and Jerry Carl of Mobile have both said they support an effort, pushed by their Alabama colleague Rep. Mo Brooks of Huntsville, to toss out Electoral College votes for President-elect Joe Biden. Congress meets Wednesday to count and confirm each stateâ€™s Electoral College votes, and approximately 140 GOP representatives have indicated they plan to challenge Bidenâ€™s 306-232 victory in the electoral count.

Carl, during an interview with Mobile-based radio show host Jeff Poor on Monday, said heâ€™s concerned about the election-related activities that occurred in Georgia. He said there was a â€œhuge movementâ€ in support of challenging Bidenâ€™s Electoral College win among Republicans on Capitol Hill, and said he plans to support the challenge.

â€œI donâ€™t take it lightly at all,â€ said Carl, a former member on the Mobile County Commission. â€œItâ€™s not an anger vote. I need to have some answers. The people of my district have to have answers.â€

Carl said heâ€™s unsure about the outcome of effort. National media reports indicate that Congressâ€™s confirmation of Bidenâ€™s electoral college win is a formality since Democrats own a majority in the U.S. House, and not enough Republicans in the Senate support the push to toss out the votes in battleground states over baseless claims of voter fraud by President Donald Trump.

â€œItâ€™s pitting brother versus brother,â€ said Carl, in describing how Republicans are mixed over how to approach the effort. In Alabama, freshman U.S. Senator Tommy Tuberville has indicated he supports the effort while longtime Republican Senator Richard Shelby publicly said last month that it was time to move on from the presidential election.

Moore was among the first of the freshman lawmakers to publicly say he had concerns about the November 3 election, according to Fox News. AL.com first reported the congressmanâ€™s position in supporting Brooksâ€™ efforts on December 4 , based on an interview he had on Fox News.

â€œWe got to get it right,â€ Moore said. â€œWe got to make sure that either 70 or 80 million people donâ€™t feel disenfranchised and feel like it was stolen, regardless of which direction it goes.â€

Moore has continued to push for the effort on social media. He said he was â€œpleasedâ€ to have Republican Missouri Senator Josh Hawley join in the effort on December 30. Hawley was the first Senator to publicly state his support to toss out the Electoral College votes in key battleground states which Trump has alleged voter fraud.

Moore replaced Rep. Marth Roby, who decided not to run for re-election. Carl replaced Rep. Bradley Byrne, who unsuccessfully ran for the Senate last year and opted not to seek another term in the House.

Moore and Carl survived bruising Republican primaries and runoff elections ahead of easily winning their congressional seats during the November 3 general election.