Rep.-elect Michelle Steel wants to help small businesses: 'When they prosper, the economy is going to grow'

Steel got her start in politics in 2006 by successfully runningÂ for the CaliforniaÂ State Board of Equalization that hit her mother with an “unwarranted” tax bill years ago. She prides herself as being a taxpayer advocate who worked to returnÂ security deposits owed to small businesses worth $400 million in that role.Â

Now, she’s focused on repealing the $10,000 cap on state and local tax deductions — part of President Trump’s tax-cut bill in 2017 — which has hitÂ Californians hard. She also wantsÂ to cutÂ taxes and regulations onÂ small businesses that she calls the “backbone” of the American economy.Â

“WhenÂ they prosper, the economy is going to grow,” Steel, 65, told Fox News in a recent interview.Â 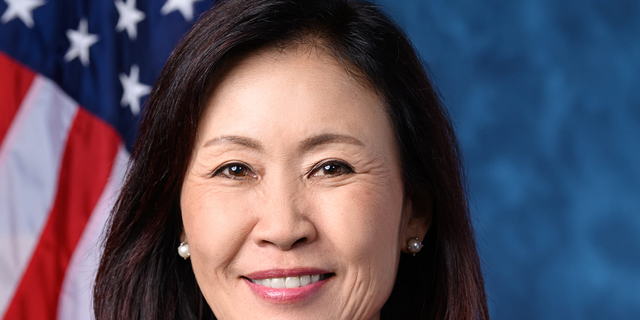 Rep.-elect Michelle Steel, R-Calif., will be sworn in Jan. 3 as the new congresswoman for California’s 48th District. (Official congressional photo courtesy of the Michelle Steel campaign.)

Steel will be sworn inÂ Sunday as part of a history-making class of GOP freshmanÂ members of Congress who defied all expectationsÂ in November by flipping 13 blue seats.

The GOP gains were most evident in the Golden State, where Steel, Young Kim and David Valadao oustedÂ sitting House Democrats for the first time since 1994, and GOP Rep. Mike Garcia held onto a fourth toss-upÂ seat that he flipped in May during a special election.Â

REP.-ELECT YOUNG KIM BRINGS EMPATHETIC APPROACH TO IMMIGRATION: I HAVE ‘GONE THROUGH THE PROCESS’

Steel is among the record-breaking freshman class of 18 Republican women.Â She also makes history with Kim and Marilyn Strickland, D-Wash., as the first Korean American women elected to Congress.Â 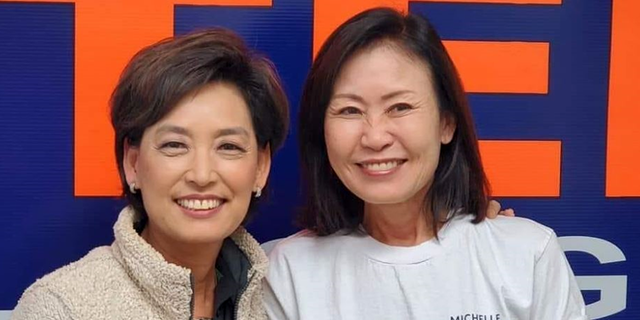 Reps.-elect Young Kim (L) and Michelle Steel (R) will be among the first Korean-American women elected to Congress. They are both California Republicans who beat House Democratic incumbents in November 2020.Â  (Michelle Steel campaign)

But Steel is no stranger to winning. She was elected twice to the Board of Equalization, where she represented 9 million people in her region, making her theÂ countryâ€™s highest-ranking Korean American office-holder. Then she wasÂ twice elected Orange County supervisor, where she spent 2020 leading the coronavirus response.Â

“This is my fifth election and I won all five,” Steel said of her ascensionÂ to Congress.Â

Steel was born inÂ South Korea to parents who fled North Korea and raised in Japan because her father was a diplomat. Fluent in Korean and Japanese, Steel initiallyÂ came to the United States when she was 19 to improveÂ her English skills. But when her father passed away, herÂ mom and sisters moved to the U.S.Â to start a new life.Â

She said her success as a first-generation immigrant is aÂ testament to the American dream and the trust that voters put in her to carry out common-sense reforms to make government better.Â

“The American dream is still alive,” said Steel, a wife and mother of two children. “IÂ see a lot of our younger generations thatÂ really blame America, and they don’t know what they have.

“I want to show them thatÂ you have to appreciate how great America is. … This is a great country:Â With my accent, running for five times and [winning]Â all five.”

FOURTH TIME THE CHARM: IOWA REP.-ELECT MARIANNETTE MILLER-MEEKS TO BE SWORN IN SUNDAY

Steel defeated one-term Democratic Rep. Harley Rouda to win the 48th Congressional District seat in coastal Orange County. She campaigned for the highly competitive seat while being at forefront of the coronavirus response as chair ofÂ the Orange County Board of Supervisors.

“Since theÂ pandemic came, itÂ was very tough balancing my work full-time and campaigning. IÂ was just praying, ‘God, just give me 48 hours,’ because 24 hours was not really enough,” Steel said.Â

Steel said she supportedÂ social distancing,Â mask wearing, hand washing and protecting vulnerable populations, but she foughtÂ against mask mandates, calling them unenforceable. She questionedÂ the science behind them at one point.

She spoke out against California Gov. Gavin Newsom’s “dictatorship”Â over closing Orange County beaches and his sweepingÂ lockdown orders that she said went too far and “harm all of us.”

She called out Newsom’s hypocrisy for getting caught at a dinner partyÂ at the luxurious French Laundry restaurant in the Napa Valley, while telling others to stay home. “Do what I tell you to do, but don’t do what I do,” Steel said of Newsom’s blunder, for which he has since apologized. 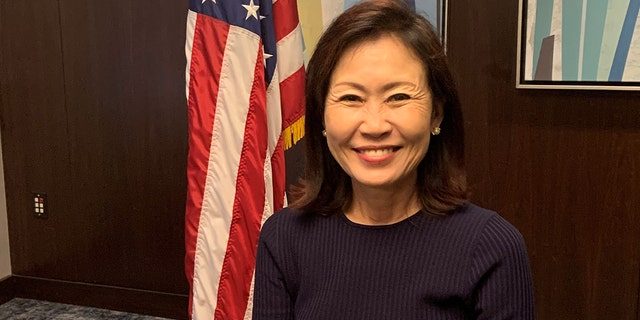 Under her leadership, Orange CountyÂ was the first to introduce a resolution in 2018 opposing aÂ state law that prevents local law enforcement agencies from using their resources for federal immigration enforcement. Steel, who saysÂ the lawÂ allows “illegal criminals” to be set free instead of deported, got heat for her stance.Â

“TheyÂ were attacking me [saying] ‘You are a first-generation immigrant and you’re going against immigrants.’ I said no. Public safety comes first,” SteelÂ said.Â

In Congress, Steel will have to overcomeÂ strong GOP opposition if she wants to repeal the cap on state and local tax deductions. Up until Trump’s tax bill, taxpayers could deduct the full amount of their state and local tax bills on their federal taxes. The deductionÂ really helped residents in high-tax states like California and New York.

But Republicans threeÂ years ago put a cap on the amount of non-federal taxes that could be deducted at $10,000. Democrats and some Republicans in high-tax states have been trying to repeal the cap to no avail as Republicans in the heartland argueÂ they shouldn’t be helping out blue states.Â

SteelÂ said the repeal is needed becauseÂ too many people are suffering.

“It’sÂ not really a bailout because we used to deduct everything to begin with,” Steel said. “We really have to help people to keep more money in their pocket. So we have to look at individuals and not at states. YouÂ try to punish the state, but that’s going toÂ hurt the constituents. We really have to work on that.”

Years ago, Steel’s mom didn’t have the know-how and resources to fight a new California tax bill as she was closing up her menswear clothing store to open a sandwich shop. SheÂ eventually acquiesced andÂ paid the extra taxes that she didn’t owe, plus interest and penalties, Steel said.