Once a Foe of Trump, Cruz Leads a Charge to Reverse His Election Loss 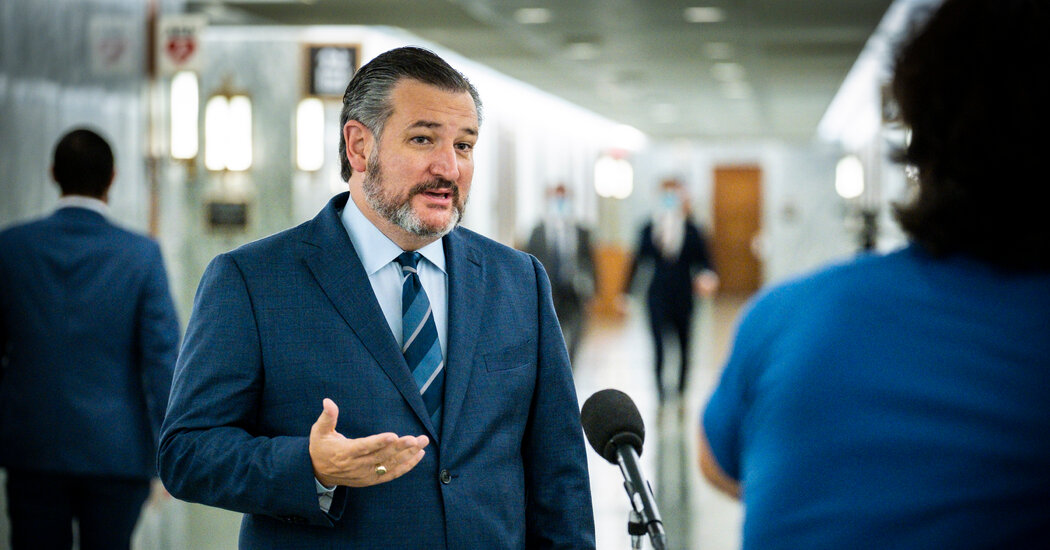 WASHINGTON â€” When Donald J. Trump lost the 2016 Iowa caucuses to Senator Ted Cruz, during a campaign in which he insulted Mr. Cruzâ€™s wife and father, the future president did what he typically does after a loss: Mr. Trump falsely claimed he had won and accused his opponent of election fraud.

â€œWhat Donald does, when he loses, is he blames everybody else,â€ Mr. Cruz, Republican of Texas, responded at the time. â€œItâ€™s never Donaldâ€™s fault.â€

Four years later, Mr. Trump is suffering yet another defeat â€” this time a loss by more than seven million votes to President-elect Joseph R. Biden Jr. â€” and, once again, he is making baseless claims of fraud. But this time, Mr. Cruz is singing a different tune.

Instead of resisting Mr. Trumpâ€™s fictions as he did in 2016 when he claimed that he would not become â€œa servile puppy dog,â€ Mr. Cruz is leading the effort to perpetuate Mr. Trumpâ€™s fantasy that the election was stolen from him.

â€œWeâ€™ve seen in the last two months unprecedented allegations of voter fraud,â€ Mr. Cruz said on Sunday in an interview on Fox News. â€œAnd thatâ€™s produced a deep, deep distrust of our democratic process across the country. I think we in Congress have an obligation to do something about that.â€

Mr. Cruz and 10 other Republican senators have proposed the creation of an election commission to investigate claims of voter fraud in certain states within 10 days, and said they would vote to reject electors for Mr. Biden on Wednesday until one was formed. (There is little chance one will be.)

Every state in the country has certified the election results after verifying their accuracy, and judges across the country have rejected nearly 60 attempts by Mr. Trump and his allies to challenge the results. Former Attorney General William P. Barr said the Justice Department had not uncovered any voting fraud that would have changed the results of the election.

Nevertheless, Mr. Cruz, who eventually endorsed Mr. Trump in 2016 and forged an uneasy alliance with him, said he was responding to how effectively the president, with the help of the right-wing news media, had spread the false idea that the election was â€œriggedâ€ throughout the Republican base.

Mr. Cruz, who declined to be interviewed for this article, described his thinking on Fox News, saying he did not want his voters to believe he was not interested in investigating allegations of election fraud.

But he also did not â€œwant to be in a position where weâ€™re suggesting setting aside the results of an election, just because the candidate that we supported didnâ€™t happen to prevail.â€

Mr. Cruzâ€™s call to reject the election outcome is backed by Senators Marsha Blackburn and Bill Hagerty, both of Tennessee; Mike Braun of Indiana; Steve Daines of Montana; Ron Johnson of Wisconsin; John Kennedy of Louisiana; James Lankford of Oklahoma; Cynthia Lummis of Wyoming; Roger Marshall of Kansas; and Tommy Tuberville of Alabama.

Together with Senator Josh Hawley of Missouri, who announced last week that he would object to Congressâ€™s certification of the election results, they bring to nearly one-quarter the proportion of Senate Republicans who have broken with their leaders to join the effort to invalidate Mr. Bidenâ€™s victory. In the House, where a band of conservatives has been plotting the last-ditch election objection for weeks, more than half of Republicans joined a failed lawsuit seeking to overturn the results, and more are expected to support the effort to challenge the results in Congress on Wednesday.

Those involved have conceded their effort is unlikely to be successful. Any such challenge must be sustained by both the House, where Democrats hold the majority, and the Senate, where top Republicans, including Senator Mitch McConnell of Kentucky, the majority leader, have tried to shut it down.

But even as Mr. Cruz casts his move as a legitimate attempt to get to the bottom of fraud allegations, other Republican senators â€” even some of Mr. Trumpâ€™s strongest supporters â€” saw his call for a commission as a populist play to gain support among the presidentâ€™s base.

â€œProposing a commission at this late date â€” which has zero chance of becoming reality â€” is not effectively fighting for President Trump,â€ Senator Lindsey Graham, Republican of South Carolina, wrote on Twitter. â€œIt appears to be more of a political dodge than an effective remedy.â€

Senator Roy Blunt, the No. 4 Republican, said he too believed Mr. Cruzâ€™s plan had no chance of success.

â€œI actually like to come up with plans that have a chance of being successful,â€ Mr. Blunt said.

It was also met with widespread condemnation, including from some prominent Republicans, such as former Speaker Paul D. Ryan and the No. 3 Republican in the House, Liz Cheney of Wyoming.

â€œIt is difficult to conceive of a more anti-democratic and anti-conservative act than a federal intervention to overturn the results of state-certified elections and disenfranchise millions of Americans,â€ Mr. Ryan said in a rare statement on Sunday.

Senator Ben Sasse, Republican of Nebraska, told reporters on Capitol Hill that he was worried that such spreading of myths about election fraud would stoke divisions in the country.

â€œObviously this is not healthy for the Republican Party either,â€ Mr. Sasse said. â€œWhatâ€™s good for America is the main question here, but this is bad for the country and bad for the party.â€

The senators joining in with Mr. Cruzâ€™s effort tried to downplay their actions to reporters on Capitol Hill as mere symbolic support for Mr. Trump.

â€œItâ€™s a protest vote only, because thereâ€™s, in my opinion, zero chance that anything can come from it,â€ Mr. Braun told reporters. â€œThe House obviously is not going to vote to overturn. I donâ€™t think youâ€™d even get close in the Senate. So mostly, it remains for many of us, a way to express your opinion.â€

Mr. Lankford said on Sunday that his intention was to make a â€œstatementâ€ to his voters who believe Mr. Trump won and the election was rigged.

â€œNone of us want to vote against electors, but we all want to get the facts out there,â€ Mr. Lankford said. â€œWeâ€™re trying to make a statement on this.â€