Handouts to the wealthy did nothing to boost the pandemic economy. Here's how the US should take a different approach in 2021.

Jan 1, 2021
This post was originally published on this site 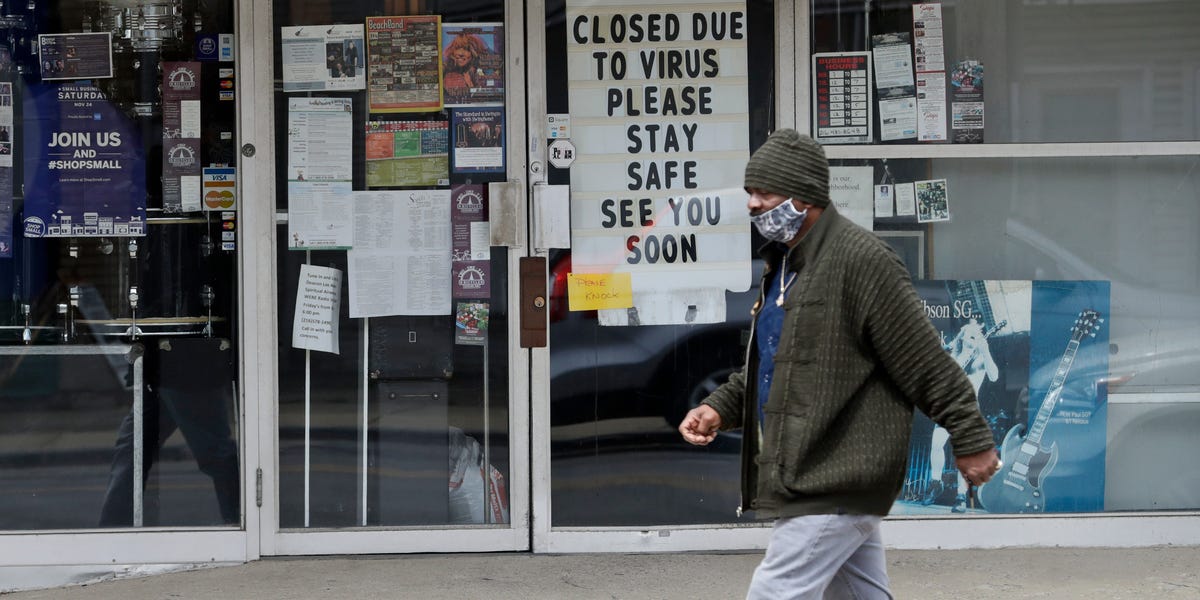 Back in January, if you’d asked me what I thought the top economic story of 2020 would be, I would have confidently replied that the presidential election would far and away command the economic conversation for the year.

I would have been dead wrong, of course.Â

The economic downturn accompanying the pandemic was the biggest economic story of 2020, and it wasn’t even close.Â

Even back in April, less than a month after lockdowns rolled out across the country, ordinary Americans could tell that the corporate handouts in the CARES Act stimulus package were designed to benefit the wealthy while everyone else was hung out to dry. That early outrage turned out to be prescient, as the PPP funds that were supposed to keep small businesses afloat during the pandemic were instead funneled through big banks to their wealthiest clients.Â

While the CARES Act was being hijacked by corporations and the top .01%, the Trump administration promised that the economy would come roaring back in a “V-shaped recovery” once the lockdowns were over.Â

Firms like Goldman Sachs predicted in March 2020 that the country would see “the fastest recovery in history.” That recovery failed to materialize for the obvious reason that unemployment had skyrocketed, and too many Americans were suffering from economic uncertainty. Without robust consumer spending, the economy has continued to sputter, with unemployment rising and falling in fits and starts throughout the year.Â

As Joseph Stiglitz, a Nobel laureate in economics, warned in May, the coronavirus recession is “a textbook example of showing that markets don’t work.” Private enterprise was simply unequipped to get everyday Americans through this pandemic; it’s only through good governance that we could have weathered the storm without losing tens of millions of jobs and millions of American families running low on food.Â

Read more: Women are leaving the workforce in droves â€” and companies will suffer. Here are 5 urgent steps employers must take to help women succeed in the workplace.

If our leaders had a firm understanding of how the economy really works, they’d have sent checks to Americans and subsidized small businesses.

This would have allowed businesses and the working and middle class to hibernate through the pandemic, so the economy could truly leap back to life once the vaccine has been distributed.Â

Instead, the US Chamber of Commerce now predicts half of all American small businesses could close by the end of the pandemic. It could take years for an equivalent number of new businesses to launch, build out, and hire enough employees to get the economy back to pre-pandemic levels.Â

Unlike the top-down stimulus benefitting a tiny minority of the wealthiest Americans that President Trump and Senate Majority Leader Mitch McConnell have promoted, a middle-out stimulus would be good for everyone. As I wrote in this column:

“…it’s time for a stimulus that puts individual Americans first, encouraging growth on Main Street that will buoy the entire economy â€” including Wall Street. The fantastic thing about a middle-out stimulus is that it’s not an either/or proposition; the markets are largely informed by stability and consumer demand, so a stimulus package for low- and middle-income people would naturally help Wall Street stabilize by building economic stability from the ground up.”

That’s just as true today as it was the day I wrote it in March.

Read more: Experts lay out the criteria for choosing Biden’s CTO, who will be faced with using tech to tackle everything from climate change to vaccine distribution

Direct investments in people and small businesses have been proven to work far better than austerity in times of economic stress.Â

While the pandemic took us all by surprise, none of its economic effects have been surprising. When ordinary Americans don’t have money to spend, more Americans lose their jobs and the economy shrinks. When rich people and corporations receive tax breaks and sweetheart deals from the government, that money doesn’t trickle back down to the rest of us â€” it accumulates up at the top.Â

In fact, you could easily make the argument that the pandemic has only exacerbated the massive flaws that had been built into our economy over the last four decades. If we were to turn back the clock on the economy to January 2020, too many Americans would be on the ragged edge of disaster. The truth is that trickle-down economics has airlifted some $50 trillion dollars out of the paychecks of everyday Americans and forked it over to the top .01% of the economy.Â