Why stock markets ended year with records, while other parts of economy limping 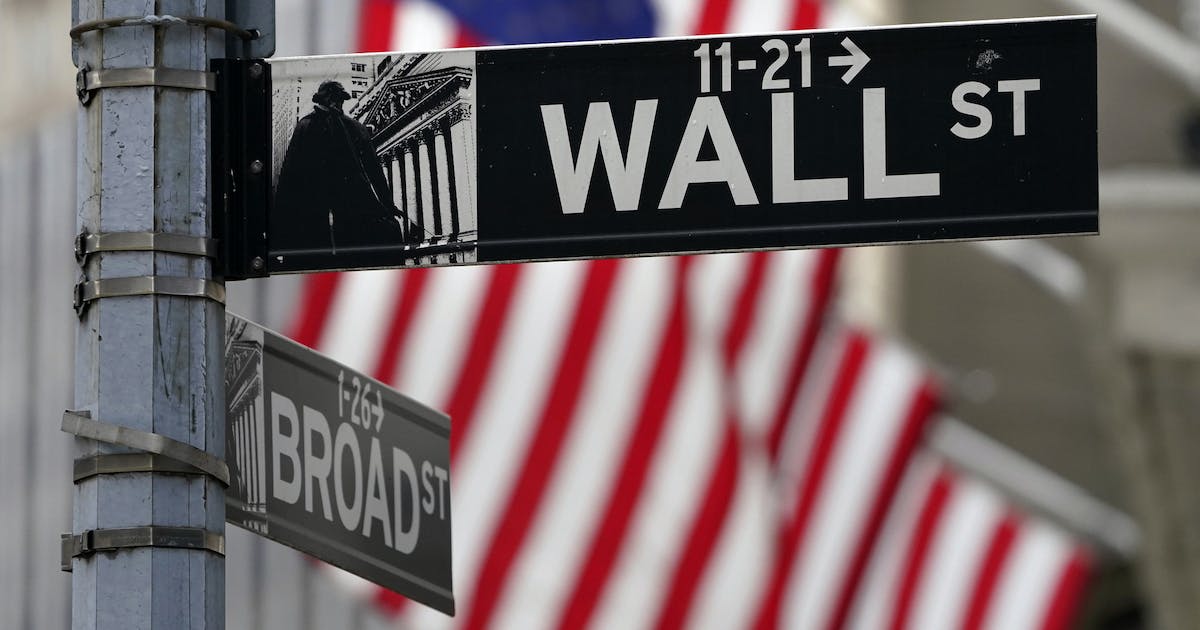 Thousands of people are still out of work, many restaurants and retail stores are fighting for their lives and the service industry may never be the same.

But the U.S. stock markets set records to finished 2020, despite volatility produced by the coronavirus pandemic. The S&P 500 Index is up about 70% from its March lows.

The market performance could be a sign that the economy will improve in the next six months. It also could just be a result of economic sectors being unequally represented, Minnesota financial experts said.

In addition, not all Americans share in the wealth of the stock market. A pre-pandemic survey by Pew Research Center found 55% of working Americans had retirement accounts grounded in the stock market or other investment vehicles; only 35% had personal investments.

Mansco Perry, the executive director and chief investment officer of the Minnesota State Board of Investment, sees a story in the discounnect between the overall economy and the markets.

The markets have benefited from the stimulus provided by Congress and the Federal Reserve. Interest rates remain low, and during the mandated economic shutdowns this spring public companies moved quickly to cut discretionary expenses and preserve their liquidity.

Plus, success isn’t spread evenly across the S&P 500 if you look at some of its sectors there are some still suffering.

The recession this year also was unlike any other, said David Royal, executive vice president and chief investment officer of Thrivent, in an interview this week.

It was not fueled by cyclical excesses, rapidly rising interest rates or systemic breakdowns that were hallmarks of past recessions. The economy was in relatively good shape at the start of the year, and investors were generally bullish about the year ahead, he said.

“We just voluntarily shut down the economy in the interest of public health,” Royal said.

So the recovery doesn’t follow patterns of the past either, partly because of the the way initial governmental relief was targeted.

“There will be times when there seems to be a disconnect because the market is looking at where things are going to be six months or a year from now â€” particularly in a situation like this where pre-vaccine people are still hurting right now,” Royal said. “But yet we can see light at the end of the tunnel so the market is pricing in that light at the end of the tunnel. But people are looking at this week’s paycheck and saying this isn’t what I’d like.”

So the stock market gained points and optimism on each new vaccine development and each new federal stimulus announcement.

However, a September Pew report found that 46% of working lower-income Americans had trouble paying bills since the pandemic hit the U.S. And 4 in 10 workers evaluate the economy on wages, availability of jobs and the cost of health care, while only a quarter look to the stock market’s health, last year’s Pew survey found.

Unemployment numbers show jobs being added back since record low unemployment levels in the spring but a deeper look into the numbers show Main Street continues to struggle. The number of new unemployment claims and reactivated accounts in Minnesota have started climbing again in October and November, some due to seasonality but claims from service industries rose too even before restrictions were tightened again for Minnesota’s bars, restaurants and gyms.

While the leisure and hospitality industry in Minnesota was by far the hardest hit in terms of lost jobs in November, the manufacturing, construction and transportation and utilities sectors also lost jobs, according to state data. And so did the government sector because of the end of the Census.

Martha Pomerantz, a portfolio manager at Evercore Wealth Management who runs their Minneapolis office, noted at the roundtable that the stock market doesn’t represent the whole economy.

The S&P 500 Index, the widest watched indicator of the stock market, by definition doesn’t represent the entirety of the economy or even the whole market. It approximates the 500 largest public companies, each measuring their annual revenue in billions of dollars.

“The segments of the economy that were most impacted represent 19% of GDP and 20% of employment, but only 7% of the operating earnings of the S&P 500,” she said. “So many of the companies in the market are actually the ones that are benefiting in this COVID period where they’ve been able to leverage their technology and they’ve been able to grow their company at a much faster rate.”

Some of the actions taken this spring by the Federal Reserve also tended to help the largest companies first and fastest.

“If you think about large companies there is a built-in infrastructure if the Fed and the Treasury Department want to get liquidity to those companies and do it really, really quickly,” Royal said. “There is no similar mechanisms for small businesses.”

Policymakers tried some new things to help those small companies including the Payroll Protection Program and some other things but there were no established ways to get money to those small business quickly, the experts said.

Under the PPP program, a small company was defined as one with less than 500 employees. That generous definition still left a big gap of midsize companies that were not targeted for aid.

“These midsize companies are not companies accessing the public debt market so the Fed activity doesn’t help them and they may or may not be eligible for PPP,” Royal said.

So as long as large corporations continue to recover, the stock market will likely continue its upward run, financial experts say.

The Most Important Takeaways From Big Tech’s Deplatforming of Trump

Small towns and businesses suffer from U.S.-Canada border closure: “My income is down almost 60%”

My wife's misadventures as a Poshmark seller

The Most Important Takeaways From Big Tech’s Deplatforming of Trump

Small towns and businesses suffer from U.S.-Canada border closure: “My income is down almost 60%”

My wife's misadventures as a Poshmark seller