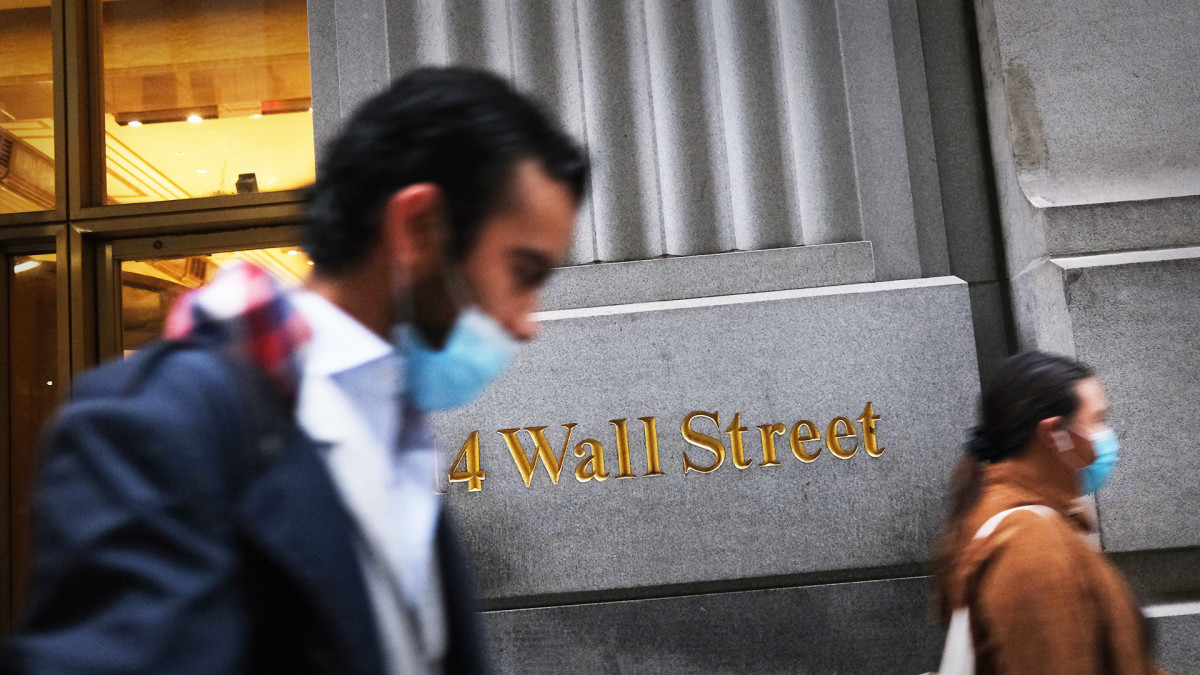 The Dow Jones Industrial Average on Wednesday closed at a record amid a stalled push toÂ increase stimulus payments for most Americans to $2,000 and the U.K.’s approval of a second coronavirus vaccine.

Senate Majority Leader Mitch McConnell (R-Kentucky) defied demands from President Donald Trump to follow House lawmakers and triple the amount of direct payments to Americans in the $892 million covid relief bill to $2,000 from $600.

Instead, he attached broader legislation that would both repeal liability protections for social-media companies while setting up a commission to study electoral fraud.

Democrats largely oppose the two items McConnell added in. The move likely kills any changes of increased payments under the current Congress, which expires this weekend.

“What weâ€™re seeing right now is Leader McConnell trying to kill the checks â€” the $2,000 checks desperately needed by so many American families,â€ Senate Democratic leader Chuck Schumer said at the Capitol, according to the Associated Press.

The coronavirus vaccine developed by AstraZenecaÂ  (AZN) – Get Report and the University of Oxford was approved by the U.K. government, making Britain the first country to authorize the shot for emergency use.

The U.K. earlier in December was the first government to approve a vaccine from PfizerÂ  (PFE) – Get ReportÂ and BioNTechÂ  (BNTX) – Get Report.

The rollout of the AstraZeneca vaccine will begin on Jan. 4, U.K. Health Secretary Matt Hancock said.Â “The vaccine is our way out of the pandemic,” Hancock said.

The vaccine’s approval comes as the U.K. battles a more contagious variant of the coronavirus. InÂ the U.S. the first reported case of theÂ fast-spreading variant was found Tuesday in Colorado.

The number of confirmed global deaths from covid-19, the disease caused by the coronavirus, rose to 1.8 million, according to Johns Hopkins University. Confirmed cases of the virus across the world have passed 82 million.

There were 168,817 new coronavirus cases in the U.S. on Tuesday and 1,718 deaths, according to data from the university.

The U.S. has vaccinated an average of only 200,000 people a day against covid-19, Bloomberg reported, citing data it gathered from states and the U.S. Department of Health and Human Services.

New York-based Third Point has amassed a stake of nearly $1 billion in Intel, according to reports.

MicrosoftÂ  (MSFT) – Get ReportÂ is likely to beat Wall Street’s expectations again, and the Redmond, Wash., software giant’s cloud-computing capabilities will be a key factor in its success, a Wedbush analyst said. The shares were off 1.1%.

Microsoft is a holding in Jim Cramerâ€™s Action Alerts PLUS Charitable Trust Portfolio. Want to be alerted before Cramer buys or sells MSFT? Learn more now.