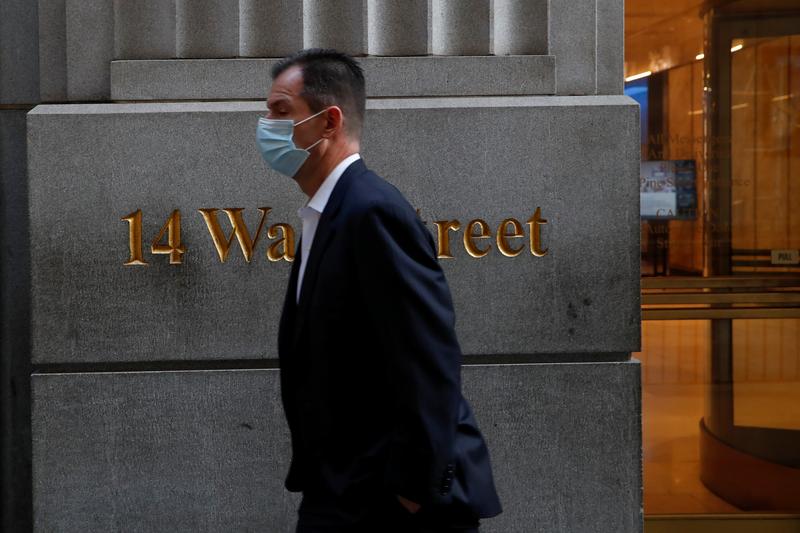 (Reuters) – The S&P 500 and the Dow hovered at record levels in choppy trading on Tuesday as bets that fiscal aid will fuel a vaccine-led economic recovery boosted sentiment in the final days of the year.

The tech-heavy Nasdaq, however, retreated as investors locked in profit in some of the market leading names such as Apple Inc and Tesla Inc.

While the Democratic-led U.S. House of Representatives approved a proposal to increase the COVID-19 payment checks to $2,000 from $600, it faces a tough path in the Republican-controlled Senate on Tuesday.

â€œThis stimulus package represents an economic bridge until full vaccination… Itâ€™s a very good thing for the economy, for the people who are hurt and for the stock market,â€ said Thomas Hayes, managing member at Great Hill Capital Llc in New York.

Unprecedented monetary as well as fiscal stimulus and positive vaccine data have helped the S&P 500 bounce back from a virus-led crash in March.

The benchmark index is looking at its best fourth-quarter performance since 2003 as investors returned to economically-sensitive stocks from the so called â€˜stay-at-homeâ€™ plays on hopes of economic recovery.

After a recent rally on hopes of full economic reopening, financial, energy and industrials posted the steepest losses among the S&P sectors.

The CBOE volatility index ticked higher after hitting a three-week low with trading volumes expected to be low in the holiday-shortened week.

Shares of planemaker Boeing Co added 1% as its 737 MAX plane resumed passenger flights in the United States for the first time after a 20-month safety ban was lifted last month.

Reporting by Devik Jain and Supriya R in Bengaluru; Editing by Arun Koyyur