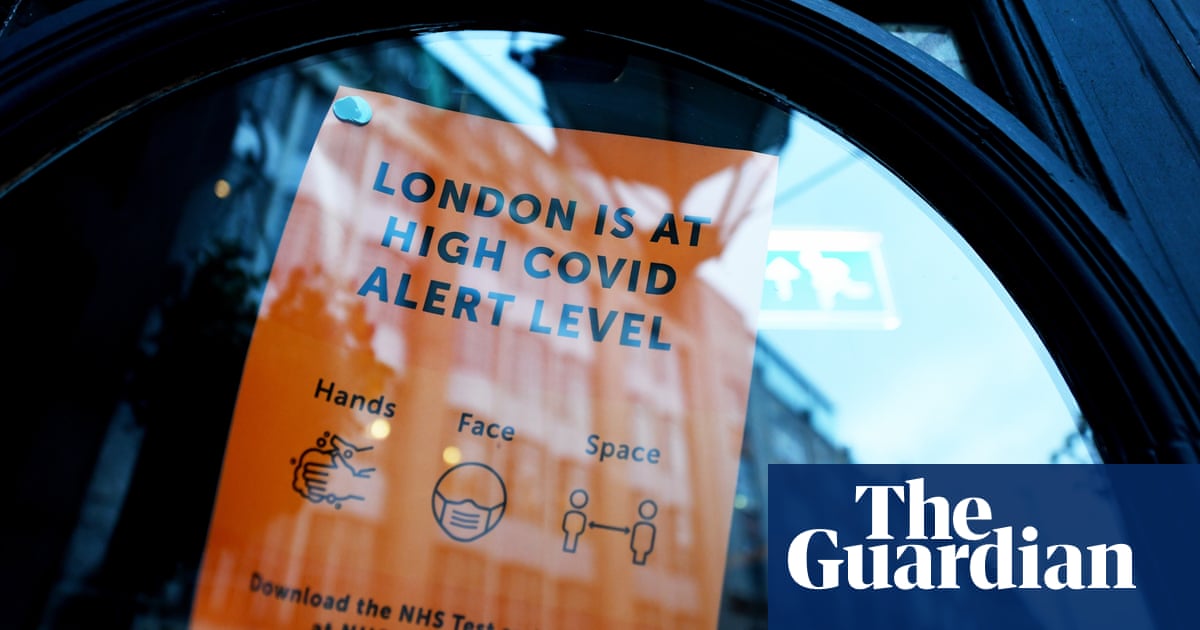 The fresh wave of coronavirus restrictions could lead to the economy being 6% smaller by Easter than official forecasters had predicted just last month, one of the UKâ€™s major economic thinktanks has warned.

The Resolution Foundation said the national lockdowns in Scotland and Wales and the tier 4 restrictions imposed in much of England would lead to depressed growth until Easter, and lead to 4.3% growth in 2021 compared with the 5.5% forecast by the Office for Budget Responsibility (OBR).

â€œEfforts to contain the new strain of Covid-19 mean that the first few months of 2021 will if anything require tougher lockdowns,â€ Torsten Bell, the thinktankâ€™s chief executive, said. â€œBy Easter that could mean the economy being 6% smaller than what was hoped just a month ago. The government should better target support on the firms most affected, and urgently allow workers required to self-isolate access to the furlough scheme.

â€œ2021 offers light at the end of the tunnel, but itâ€™s going to be a bumpy ride getting there.â€

Early 2021 looks a lot weaker than just a few weeks ago, when optimism about the approval of the first coronavirus vaccine boosted public confidence and lifted stock markets. More than half a million people in the UK have received the Pfizer/BioNTech jab so far, mainly people aged over 80 and medical and care home staff.

Since then, a new, more infectious variant of coronavirus has been identified, which led to London, the south-east and east of England being placed into harsher tier 4 restrictions a week ago. Other areas of England moved into tier 4 on Boxing Day, which means 24 million people â€“ 43% of Englandâ€™s population â€“ are now in the strictest tier. New lockdowns are also being introduced in Scotland and Northern Ireland, while in Wales, restrictions that were eased for Christmas Day were reimposed on Saturday.

However, Bell said a hard start to the year could be followed by a â€œroaring 20sâ€ style social spending boom â€“ similar to Americaâ€™s bounceback after the great influenza of 1918.

â€œAs the vaccine rolls out, death rates will fall swiftly. The gradual lifting of restrictions means a hospitality boom is likely, fuelled in part by the trebling of saving rates led by richer households,â€ he said. â€œBut the return of a â€˜roaring 20sâ€™ feel to hospitality does not mean the whole economy will automatically return to full health. Rising unemployment means household incomes may actually fall even as GDP recovers.â€

The thinktank said that widespread vaccination would lead to a swift drop in deaths from coronavirus and enable a gradual return to normality. It assumes that those over 65 will be vaccinated by Easter. The pandemic has exacerbated social inequalities, as many office workers now working from home have made big savings while tens of thousands of people working in hospitality and retail have lost their jobs.

â€œGovernment will likely need to use fiscal policy to continue supporting the economy for longer than is currently planned. And the return of business investment requires our relationship with our biggest trading partner to be put on a considerably more stable footing.â€