What to Watch Today: Dow Headed for Steady Open After Capitol Hill Finally Delivers on Stimulus 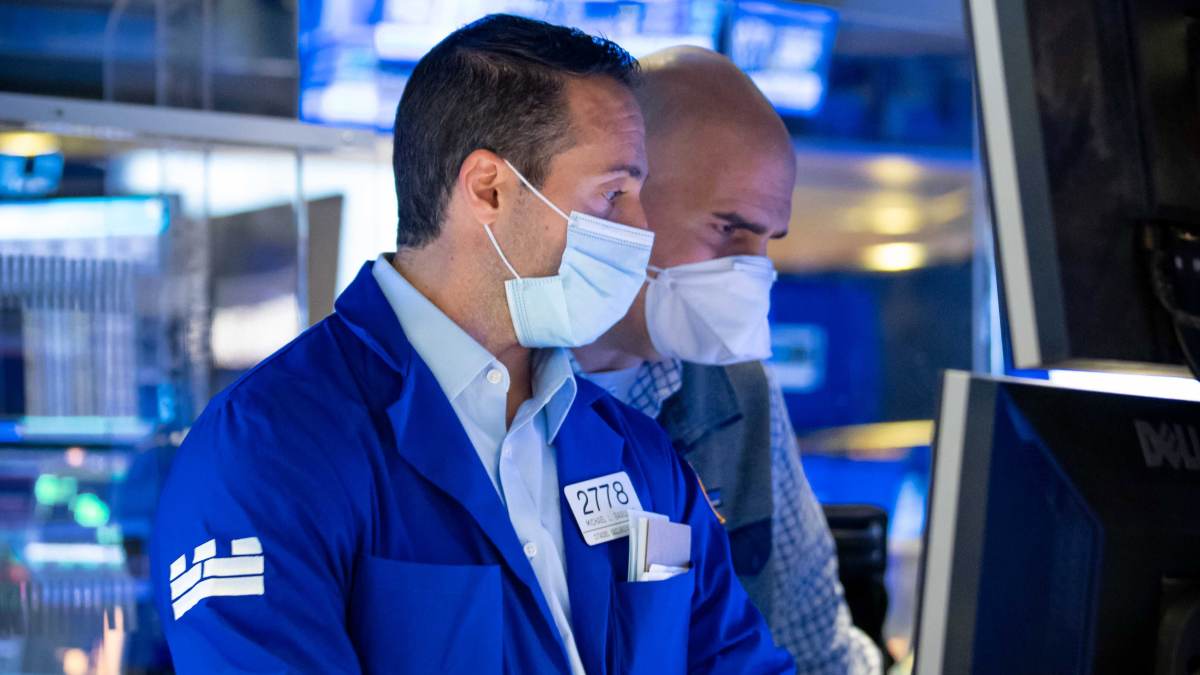 U.S. stock futures were modestly higher Tuesday, the morning after Congress passed a combined $900 billion in coronavirus relief and a $1.4 trillion government funding package. President Donald Trump is expected to sign it. The Dow Jones Industrial Average on Monday erased a 400-point drop on worries about a new Covid strain and eked out a small gain. (CNBC)

* U.S. economy grew at a record pace in the third quarter, fueled by over $3 trillion in stimulus (CNBC)

Apple (AAPL), a Dow-30 stock, was higher Monday and added about 3% to those gains in Tuesday’s premarket on reports that the company is targeting 2024 to produce a passenger vehicle that could include its own breakthrough battery technology. The news sent Tesla (TSLA) shares falling to session lows on Monday. (Reuters)

Shares of Peloton, which have surged more than 400% this year in the stay-at-home economy, jumped 11% in Tuesday’s premarket trading. The maker of high-end interactive cycles and treadmills announced late Monday plans to buy exercise equipment manufacturer Precor for $420 million. The acquisition will help Peloton speed up production and meet its promised delivery windows. (CNBC)

IN THE NEWS TODAY

Both chambers of Congress also passed a seven-day stopgap spending bill to keep the federal government open during the time it takes Trump to sign the stimulus and funding package. The pandemic aid, which had been stalled for months and months, includes a $300-per-week federal unemployment supplement through mid-March and $600 in direct payments to most Americans. (CNBC)

The U.S. is looking into why a handful of people have suffered severe allergic reactions shortly after receiving the Pfizer–BioNTech Covid vaccines, a National Institute of Allergy and Infectious Diseases official told CNBC on Monday. The study, in the early planning phases, is expected to include several hundred people who have a history of severe allergic reactions.

The study comes as the government began distributing Pfizer’s vaccine last week and Moderna‘s this week. Both vaccines, approved by the FDA for emergency use, employ a new approach to inoculations using genetic material to provoke an immune response. Dr. Anthony Fauci gets his first shot of Moderna’s vaccine Tuesday, a day after President-elect Joe Biden got the Pfizer shot. (USA Today)

BioNTech CEO Ugur Sahin said Tuesday he’s confident the vaccine that the German company developed with U.S.-based Pfizer works on a new highly contagious coronavirus strain primarily found in the U.K. While there’s no indication the variant causes more serious illness, a number of countries in Europe and beyond have restricted travel from the U.K. (AP)

As nations start Covid vaccinations, total deaths globally from the virus topped 1.7 million on more than 77.4 million cases. In the U.S., which has had the most infections, cumulative cases exceeded 18 million as fatalities approached 320,000. As of Monday, the seven-day average of daily new U.S. deaths was 2,655 and there were a record 115,351 people hospitalized with Covid. (CNBC)

In the early days of the Covid pandemic, hundreds of federal employees were made to screen airplane passengers for signs of infection. In interviews with dozens of federal employees and task force officials over four months, CNBC learned that the program proved not only ineffective but dangerous from its earliest days. Yet the White House coronavirus task force chose not to dismantle it, in a bid to avoid worrying the public.

Undercutting Trump on multiple fronts, Attorney General William Barr said Monday he saw no reason to appoint a special counsel to look into the president’s claims about the 2020 election or to name one for the tax investigation of President-elect Joe Biden’s son. Barr, in his final public appearance as a member of Trump’s Cabinet, also reinforced the belief of federal officials that Russia was behind a massive hack of U.S. government agencies, not China as the president has suggested. (AP)

* In final days, Trump lashes out at officials who refuse to indulge conspiracy theories (Axios)

Ripple, the fintech company best known for cryptocurrency XRP, expects to be sued before Christmas by the Securities and Exchange Commission over allegations that it violated investor protection laws. Ripple CEO Brad Garlinghouse said the expected SEC suit is “fundamentally wrong as a matter of law and fact,” and he questioned the timing. (CNBC)

Goldman Sachs (GS), once reserved for the rich, is close to offering wealth management for the masses. The bank has begun internal testing of a new automated investment service ahead of a broader rollout early next year, according to an email obtained exclusively by CNBC.

FuboTVÂ (FUBO): The streaming TV service’s stock surged more than 13% in premarket trading after Needham raised its price target to $60 per share. The stock jumped more than 26% Monday following an Axios report that it’s considering forming exclusive partnership deals for live sports events. As of Monday’s close, FuboTV was up 445% since its October IPO.

CarMaxÂ (KMX): The auto retailer reported quarterly earnings of $1.42 per share, beating the consensus estimate of $1.14 a share. Revenue also came in above Wall Street forecasts, however comparable used-vehicle sales were down 0.8% compared to a FactSet consensus estimate of a 1% increase. Carmax shares fell 2% in premarket trading.

SolarWindsÂ (SWI): SolarWinds is indicated higher for a second straight day, after losing nearly 40% of its value last week. The network management company is at the center of the hack by a foreign government that compromised federal agencies and tech and accounting firms across the U.S., after hackers attached a malicious code to a software update. SolarWinds shares rose nearly 7% in premarket trading.

IlluminaÂ (ILMN): The developer of gene sequencing technology was upgraded to “overweight” from “neutral” at Piper Sandler, based on expansion into cancer screening and Illumina’s overall position as a leader in disease detection. The company’s shares rose 1.3% in the premarket.