Dec 21, 2020
This post was originally published on this site

I made some bold claims during theÂ Early Warning Summit 2021, my joint presentation with Matt McCall. We discussed the factors that will lead to a stunning 2021 for the stock market and why now is the time for investors to position themselves for the coming strength. (If you missed it, you can watch the replay here.)

Weâ€™re already off to a good start â€” with the Dow hovering near the 30,000 level the index first topped in late November, while the S&P 500 and NASDAQ hit new 52-week highs Thursday.

Now, Iâ€™ve been described as a permabull, which means Iâ€™m always bullish on stocks, which isnâ€™t true. I simply follow my computer models. In times of economic growth, my models tend to be bullish. And in times of slowing growth or worse, my models alert me to get out.

The bottom line is that I believe in running the numbers â€” and in being guided by them. Thatâ€™s key to your long-term success, as it removes your personal biases from the equation. Combining my quantitative approach, and Mattâ€™s â€œbig trendâ€ approach, we developed a unique portfolio just for 2021. Itâ€™s designed to make the most of the trends that will have the largest and most immediate impact on the coming year. (You still have time to catch the replay here.)

But this isnâ€™t just a one-time â€œflash in the pan.â€ My quantitative system not only informed my predictions at theÂ Early Warning SummitÂ 2021 â€” it was also responsible for the greatest wins of my career.

The system behind myÂ Portfolio GraderÂ tool made me â€œone of the very first to recognize Googleâ€™s long-term potential, within months of its 2004 IPO,â€ as cited inÂ MarketWatch.

And in recent years, it helped me pick stocks that went on to beÂ the top performersÂ among S&P 500 stocks. All of them reflect the same pattern you can use today to help predict future gains.

In 2016, the best S&P stock wasÂ NVIDIA CorporationÂ (NASDAQ:NVDA), a leading maker of graphic processing units (GPUs) for computer gaming and the like. In fact, it invested the GPU back in 1999!

The company continued to grow earnings throughout 2016, and ended up +207% for the year, earning it the top spot as the best performer in the S&P 500 that year! Meanwhile, I continued to recommend that NVDA position for quite some time.Â When we cashed it out last January, weâ€™d made even more:Â +274%. 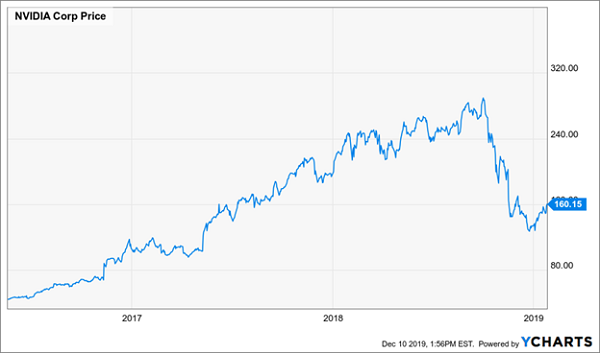 In April 2013, I pickedÂ Southwest Airlines (NYSE:LUV). Southwest is a company thatâ€™s best known for cheap flights, thanks to policies like no baggage fees and no assigned seats, which reduces boarding times. (As we all know, time is money, and thatâ€™s especially true if youâ€™re an airline.)

And in 2017,Â Align Technology (NASDAQ:ALGN) was the number-one stock for the year. ALGN might sound like an obscure stock. But when I mention its brand name Invisalign, that might sound more familiar. Yes, this is the company thatâ€™s helping move orthodontics from the old, cumbersome model of metal braces.

How? Well, these profits on all three stocks simply resulted from my following the cues of myÂ Portfolio Grader.

Below is its current Report Card for ALGN: 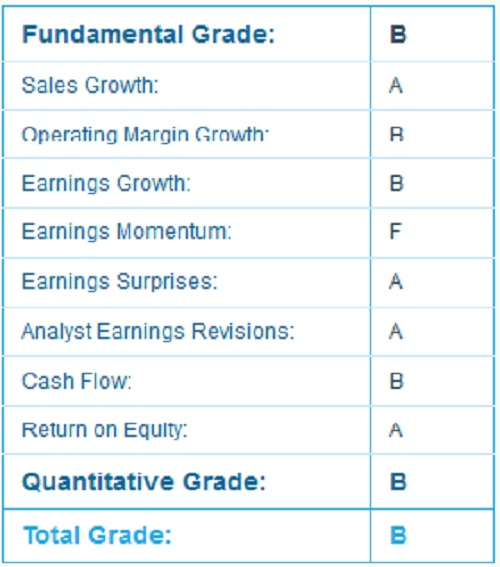 There you see the eight business fundamentals I assess for any stock; as you can see, profitability is key.

If thereâ€™s one thing Iâ€™ve learned in my investing career, itâ€™s that you canâ€™t go wrong if you stick with companies that â€œdeliver the goodsâ€ with regard to earnings.

Now, as I look to the year ahead, Iâ€™ve done the hard research, run the numbers on key fundamental and quantitative factors, worked with my InvestorPlace colleague Matt McCall, and formed a view onÂ whatâ€™s coming next.

Technologies like artificial intelligence (AI), 5G, precision medicine, the Internet of Things (IoT), driverless cars, and the blockchain have been around in their early forms for years. Will 2021 finally be the year when these technologies converge to create massive increases in efficiency and convenience?

Where will the huge amount of cash sitting on the sidelines right now be deployed?

And what will a Biden Presidency mean for the markets?

In ourÂ Early Warning Summit 2021, I laid out President-elect Bidenâ€™s plans for an infrastructure upgrade and a renewed focus on clean energy.Â Click here to watch the replay and see why Matt and I both think stocks are a screaming buy now.

Note: The Editor hereby discloses that as of the date of this email, the Editor, directly or indirectly, owned the following securities that are the subject of the commentary, analysis, opinions, advice, or recommendations in, or which are otherwise mentioned in, the essay set forth below:

Louis Navellier had an unconventional start, as a grad student who accidentally built a market-beating stock system â€” with returns rivaling even Warren Buffett. In his latest feat, Louis discovered the â€œMaster Keyâ€ to profiting from the biggest tech revolution of this (or any) generation.Â

Will Trump's mishandling of records leave a hole in history?

Will Trump's mishandling of records leave a hole in history?

Netflix’s ‘Crash Landing on You’ Will Take Your Breath Away