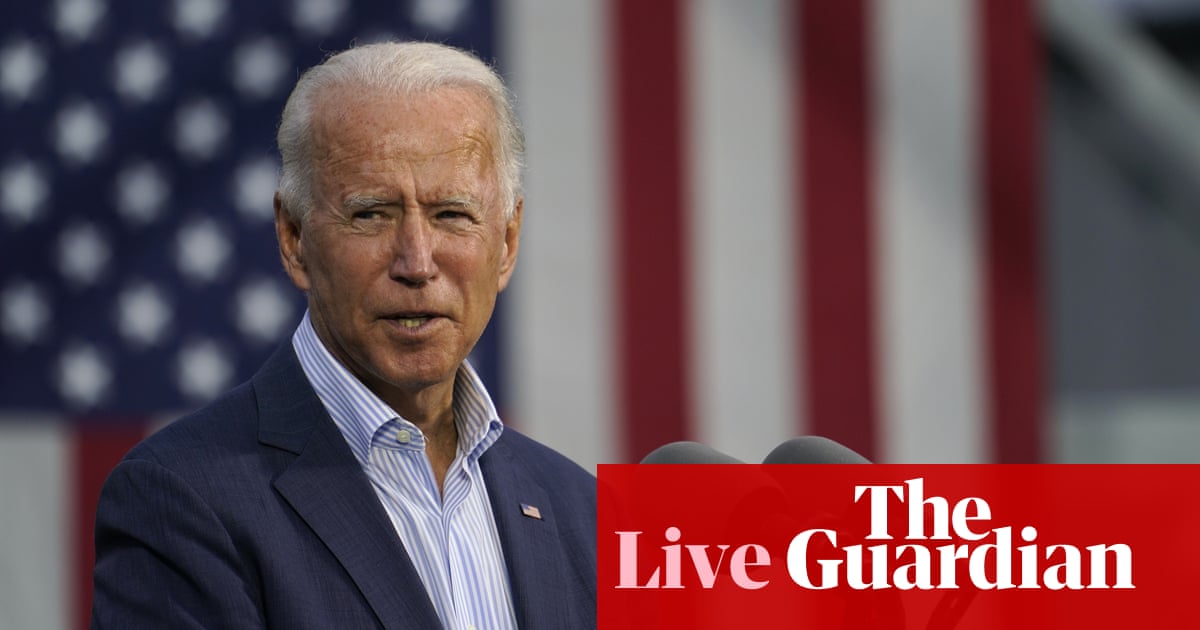 Dick Durbin, the Democratic Senate minority whip, does not share the view of some Republicans that the battle to confirm Amy Coney Barrett, Donald Trumpâ€™s pick for the US supreme court, amounts to a Holy War.

Stepping back from controversial rhetoric over Barrettâ€™s religion, the Illinois senator says the American people see her confirmation hearings, which begin Monday, in far simpler terms.

Democrats fear Barrett will be confirmed to the court in time to rule on one of Trumpâ€™s signature promises, the dismantling of Obamacare.

â€œWe believe that once the Republican voters wake up to the reality and strategy, many of them are going to say to their senators, â€˜Listen, this is not what we bargained for, we may be conservatives but weâ€™re not crazy. My family needs health insurance protections,â€ he said.

Durbin, however, refused to be drawn on whether a Democratic administration under Joe Biden would â€œpackâ€ the supreme court with more liberal-leaning justices to counter the conservative majority that Barrettâ€™s confirmation would achieve. The question has dogged Biden in recent days, and was a talking point at last weekâ€™s vice-presidential debate when Kamala Harris, Bidenâ€™s running mate, also did not answer.

â€œIt is not a negotiating point,â€ Durbin insisted. â€œWeâ€™re dealing with the reality of a lifetime appointment to the highest court in the land,â€ he said.

â€œ[Senate majority leader Mitch] McConnell has changed the rules for the Republican senators, with running this through at breakneck pace without the investigation that usually comes with this. Those are the issues.â€

As Democrats and Republicans remain deadlocked in talks over a Covid-19 stimulus bill, White House economic adviser Stephen Moore says he believes the US economy does not need an artificial boost.

Unemployment claims in the US are just over 800,000 down from the start of the pandemic, but still way above the levels before Covid-19 hit.

Donald Trump earlier this week said he was cancelling talks between Republicans and Democrats on a stimulus bill, before reversing course. Republicans want to keep any such stimulus package below $2tn. Democrats want a figure around $2.2tn.

â€œThe economy really is showing signs of picking up. I donâ€™t care what the newspapers say,â€ Moore told WABC 770 on Sunday.

â€œI see really strong numbers coming in for the third quarterâ€¦ 30% to 35% growth, which shatters the all-time record for growth in one quarter.â€

He added: â€œAt this point, Iâ€™m not so sure we need a $2tn stimulus bill. I think the fourth quarter will be just as strong as the third quarter.â€

Richard Luscombe has news of worries in the Republican camp as the election approaches:

Ted Cruz raised eyebrows on Friday when he spoke of a possible election â€œbloodbathâ€ for Republicans. On Sunday he repeated the warning, telling NBCâ€™s Meet the Press that a â€œdemoralizedâ€ electorate could deliver a Democratic clean sweep.

â€œIt turns on optimism. If people are optimistic and hopeful about the future and going back to work, that will be a factor in a very good election for Republicans. [But] if theyâ€™re depressed and hopeless, that will help the Democrats,â€ he said.

â€œThereâ€™s an incredible volatility in politics right now. I believe President Trump can winâ€¦ but I also think itâ€™s possible that we see a Democratic sweep where they win everything and itâ€™s a victory of Watergate proportions.â€

The Texas Republican senator added: â€œI donâ€™t recall an election in my life with the spread, the delta between those two possible outcomes this close to election day, that wide.â€

Cruz, who said he has spoken twice with Trump since the president left Walter Reed medical center last Monday, said the outcome depends on turnout.

â€œIn a persuasion election youâ€™re fighting over a small band of voters who are undecided, in turnout elections both sides are trying to turn out their base,â€ he said.

â€œIn this election itâ€™s turnout. The hard left, they hate the president. The big open question is does everybody else show up? If people turn out itâ€™ll be a good election for Republicans. If people stay home, if theyâ€™re demoralized, thatâ€™s how we get into a terrible election.â€

An ABC News/Washington Post national poll released on Sunday shows that Joe Biden maintains a large lead over Donald Trump with just over three weeks until the presidential election.

Biden holds a lead of 54% to 42% among likely voters nationwide, which is a similar margin enjoyed by the Democratic challenger in recent months. Among registered voters, the lead is 53% to 41%. It should be noted that the poll is a reflection of the popular vote, rather than the state-by-state vote. The latter will determine the winner of the election and Hillary Clinton won the popular vote in 2016 but lost in crucial swing states, ensuring victory for Trump. Most state-by-state polls show Biden leading but the margins are smaller than in the national polls.

There are some positives in Sundayâ€™s poll for the president. A majority of voters (54%) approve of Trumpâ€™s handling of the economy, which is seen as the most important issue among voters (29%). Biden is more trusted on the Covid-19 pandemic, which has killed more than 210,000 Americans. Biden holds a 17-point lead over his ability to handle the virus.

Biden holds a large lead among women (59% to 36%). Biden and Trump are equally favoured by men at 48% each. Trump was favoured by the latter group by 11 percentage points in 2016.

Most voters also appear to blame the president for his recent Covid-19 diagnosis. Two-thirds said Trump had not taken the proper precautions against the virus.

You can read more on why Democrats are cautious about Bidenâ€™s lead in the polls below:

Good morning and welcome to our live coverage of US politics for Sunday. Hereâ€™s a summary of events from the weekend so far:

3 Dow Stocks That Are Screaming Buys in 2021